The Secret of Andrej Babiš. He received an impressive 2,416,264 votes. People are not stupid and have their reasons. AV notebook

Two things inspired me for this comment, the second in a relatively short time. Comments from Prague colleagues, who obviously do not have an ung, as it seems outside the metropolis, because they spend their holidays in Lanzarote rather than in Ústí, and completely incompetent, I dare to write a stupid, even suicidal election program Antibabish not very other opposition. It’s an endless story.

Unfortunately, I must recall the oft-quoted words of the American philosopher George Santayany, “He who forgets his history is doomed to repeat it.” Because we have already experienced something similar. After the war, when, true, President Beneš first went to Moscow to inflate his Churchill-neglected shrunken ego with Stalin’s sweet speeches – and thus caused a disaster for Czechoslovakia called the Košice government program and the National Front. Excuse my telegraphic evaluation of the conditions of that time, this article is about Babiš, not Beneš (paradoxically, the holder of merit for the republic – it always takes the devil when I read it somewhere).

Running through Prague in 1946

And how was it going? In 1946, the Comanches won a major election (who wants to know more, I recommend Ota Pavel’s short story Running through Prague), because the opposition at the time was-forgive me, Uncle Drtino-completely amateur, politically incompetent, had a single Antigottwald program and completely abandoned the socio-political space. communists (Austrians voted at the same time completely different, also turned out differently that). She simply jumped at them for everything they came up with. And when the Comanches began to fear another election, they held Victory February, when “the President accepted the resignation.” The resignation, which the democratic ministers did not have to pull out at all. On the contrary, it cannot be overlooked that the nation was then (after all, it is still today) originally left-wing, read Jan Procházka’s Shootout…

Does that remind you? By this I really do not mean that Andrej Babiš from the Health Committee of the Chamber of Deputies, where he intends to sew, is planning a coup. There really is no time for that, but rather effective hoeing of the ankles. I just wanted to emphasize that we are not experiencing a similar situation for the first time, a situation where the opposition is behaving like a political troglodyte, in our case it is recording oligarch Babiš, who is the Czech Republic, and believe me. The businessman feeds his Agrofert, yes, his own, although parked in trust funds. I will return to the Antibabish program, now let’s turn to the 2,416,264 votes in this year’s YES election. 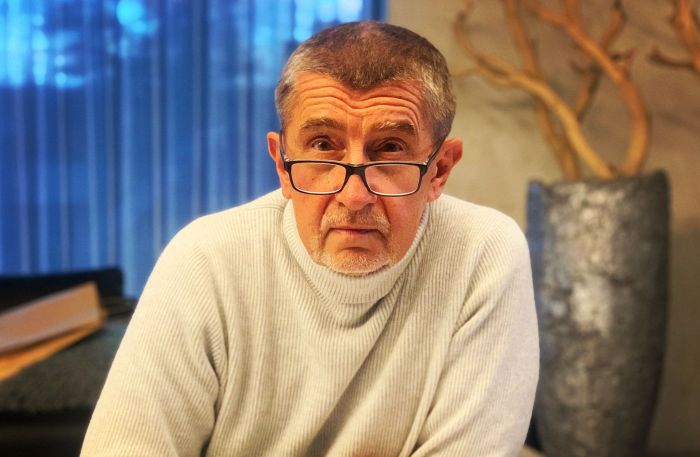 He certainly hasn’t said his last word in politics yet. Photo courtesy of Andrej Babiš

People vote for their interests

Yes, that’s just the way it is. This is the reality that the opposition regularly throws pitchforks into the pre-election ideas. Andrej Babiš massively added to pensioners. To the pensioners, who literally lived here twenty years after the revolution, what the right-wing governments, but even the “modern” leftists somehow noticed. The second and third pillars of ill-considered and undiscussed pension reforms were just introducing and immediately disruptive. (Note: If I’m going to launch a new novelty automatically, I have to get support across the political spectrum, or it turns out – as usual.) And that we will all pay for Babiš’s pre-election gifts? Yeah, but not right away. I would like to find myself a well-known lawyer Tomáš Sokol from his conversation in iDnes.cz: “On the other hand, I’m wondering – if it’s supposed to end badly in fifty years, so what’s wrong with me?” I must add that Mr. Sokol talked about something completely different, but the approach to the matter remained… 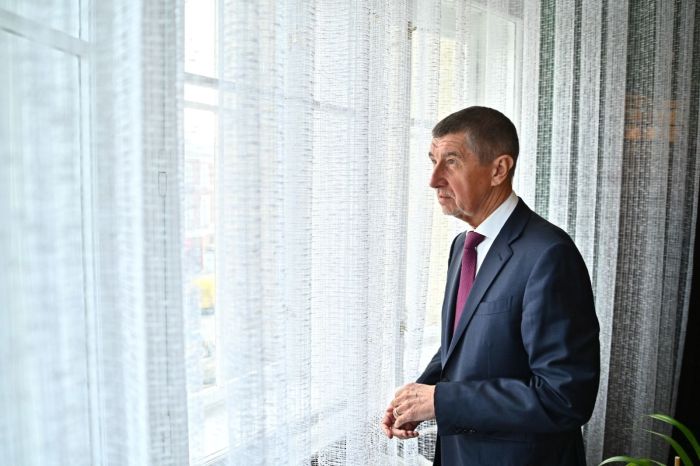 After the election as a stake in the fence. Photo courtesy of Andrej Babiš

No one reads election programs, only occasionally journalists. This is another thing to keep in mind. Voters decide mainly by emotion what impression it makes on them. And what did they think? “Since 1989, no one has done anything for us ordinary citizens. In Prague, he deals with cowshed as a marriage for gays and lesbians, have you seen the photos from Prague Pride? That’s disgusting, isn’t it? At least Babiš raised his pension, we can go on holiday to Slapy for the first time, Mom. Everyone attacks him and claims nonsense. What is it for us after the Stork’s Nest, some events and a chateau in France. We still don’t understand it, and if we were millionaires, we would do the same. You can just pick everyone up, but at least Babiš raised our pensions for us. “

The Republic of Prague?

In smaller villages and towns there is NOT mostly work. At least well-paid work, so the so-called “working poverty” is flourishing there. On the other hand, there live a large number of socially maladapted people, people on benefits, people affected by executions, therefore people working illegally, for whom the Labor Code is an unknown concept.. But they all shop in Bill, Lidl or Albert for the same prices as in Prague. So dear, are you surprised by those 2,416,264 of Babiš’s voters? Do you think they are stupid? Still, how did I notice somewhere on Facebook the prince’s advice that only the smarter ones with a larger IQ should vote? Can they, on the other hand, say that holt are not so paths and have not managed to break out of this social trap? Is that how we vote for the separation of Prague from the rest of the republic? Or how?

Yeah, but Fiala is Brňák. So would we make Brno a suburb of Prague? Photo courtesy of Petr Fiala

Andrej Babiš can do one thing. It excellently moves on the same edge of law and use every loophole that the law offers him. Because he obviously pays for good lawyers – he has it. So the probability that our judiciary will be able to convict him is close to zero. Our justice is just based on “legal positivism”, as I call it. Which involves a diligent effort to cram into the paragraphs everything that might happen. But reality is gray and the green tree of life is gray, so it doesn’t work chronically. Rather than the “spirit of the law,” we worship its letter. Which is wonderful for Babiš, for example. His well-paid lawyers, remember? Even the purchase of real estate in France through the so-called offshore is not illegal, only politically controversial. Therefore, everything that the opposition is exhausting in trying to explain to the general people how bad Babiš is (Stork’s Nest, a chateau in France…) falls on barren ground and the people behind him then argue that no one has ever condemned him. Rightly.

What else can Andrej Babiš do? Even before his first candidacy, he looked beyond the borders and noticed the need for political PR. Constant political PR, as American presidents must. Not that hiring a pirate five months before the election will work no wonders. From the beginning, Babiš pays for the great political strategist Marek Prchal, who has perhaps a team of five, and quality photographers. So his media output is just clever. Despite the appalling Czechoslovak, even well-prepared, he did not disappoint in the television debates, he simply did not let his opponents speak. Instead of arguments, they attacked him (error, big error). I’m not the only one who noticed the phenomenon of Fugitive, but I think that most of the comments disappear only marginally, not like the one in the middle of the action. Fled has great instincts and reactions with which he regularly takes the winds from his sails. Do you remember, for example, “Sorry like”? The T-shirt in which Babiš was immediately photographed was a brilliant idea. To make no mistake, I admire Marek Prchal’s professional skills, not his morals, which is somewhat reminiscent of Leni Reifenstahl’s commitment to Hitler – she was also a brilliant filmmaker and just wanted to shoot, no matter where, one time. 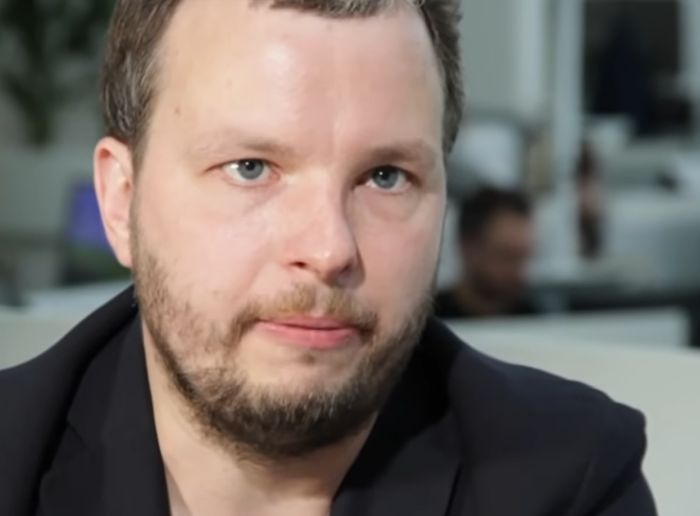 From the marketing point of view, the political movement is a product that is trying to prove to the people, advertising expert YES Marek Prchal told Martin Veselovsky a few years ago on DVTV. Photo courtesy of DVTV

What the opposition neglects to our detriment, in my humble opinion

I have to start the Pirates. Until they noticed Babiš and drove their politics, they had over thirty percent in the survey. Necessarily nervous and jumped on Babiš’s constant lie attack, preferences fell. Voters do not like harm. The pirates in this election showed a huge advantage – they do not have from the previous butter on their heads. Which the other parties have, the ODS, the People’s Party, TOP 09, the CSSD, they all participated in the former governments and did not succeed much. TOGETHER in the end, it won purely because Professor Fiala performed well in TV debates and the competition in the field “We don’t want Babiš” was zero. 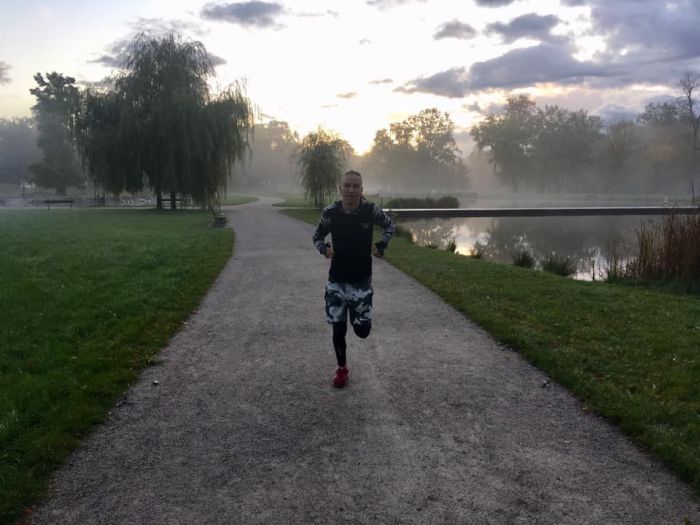 Politics is a marathon where every kilometer decides, not a sprint. Photo courtesy of Ivan Bartoš

And then maybe we’ll get rid of Babisha. If a big Manitou.

The animal in the end

These days, visitors can watch the dikdik Kirkov’s young African pavilion in the pavilion. This is historically the first cub of this smallest antelope in the world born in the Prague Zoo. The two-month-old addition is very active and in the outdoor exhibition it moves only by the side of its mother. 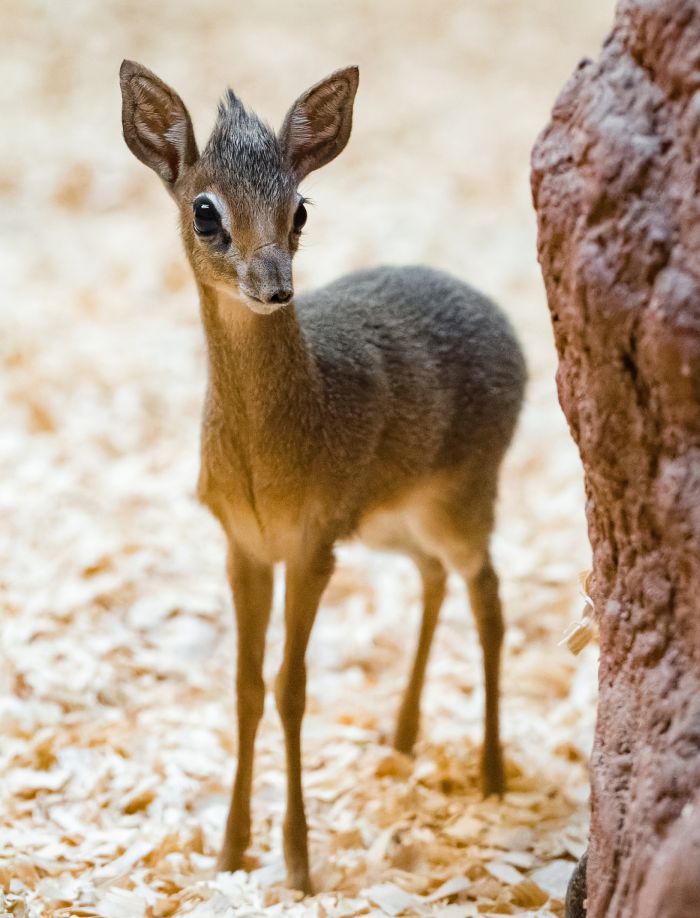 “At first glance, dikdikas will impress not only with their size, but also with their long snout, which serves them for breathing and thermoregulation. These small antelopes live in permanent pairs on an area of ​​approximately 5 to 30 hectares, where they remain throughout their lives, ”describes the ungulate curator Jan Mengr. Photo by Petr Hamerník, Prague Zoo

Czech Railways is solving problems on the route from Prague to Berlin. Passengers stayed at the border