The man in the Jaguar ran over the officer’s legs. “Get up, you simulator!” He shouted from the car

/ VIDEO, PHOTOGALLERY / The policeman wanted to stop a black Jaguar, with whom a 31-year-old man drove at high speed through a no-entry sign. But the driver hit the policeman on his feet. “Get up, you simulator!” Then the aggressor shouted at the guard from the window. The event took place on Thursday, October 7, at four o’clock in the afternoon on Na Sypkém Street in Prague 8. 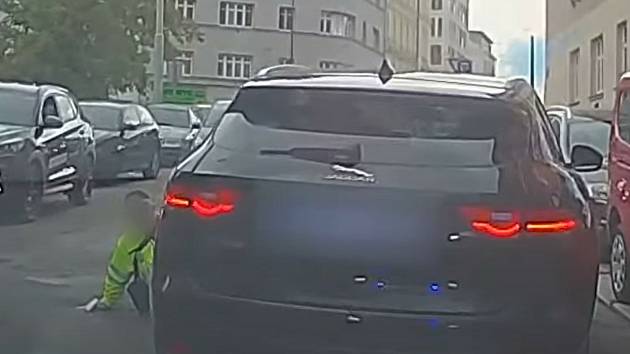 A police officer in Prague.

| Photo: Municipal Police of the Capital City of Prague

“When the policeman required the man for the necessary documents, the driver stepped on the pedal and drove off. He ran the instep of his left leg over the officer, and only stopped when he fell. To make matters worse, he shouted through the open window, ‘Get up, you simulant! ‘“Introduce Irena Seifertová, a spokeswoman for the Prague City Police.

Only his colleagues pulled the policeman from under the car, whom he called by radio station. They then called an ambulance.

The young man and the girl confessed to spraying Charles Bridge. The police are now prosecuting them

“Before the application of the state police, the police officers reported to witness the whole event and told them an identical story as their colleague. The injured police officer is still incapacitated for work, “we must Seifert.

Collapse on the D8 motorway. The fatal accident completely closed the way to Prague

The Avril Lavigne concert in the Czech Republic has a new date, it will arrive in Prague in March

Miroslav Bobek: The highest award for the Prague Zoo