“The conditions are in place for the dissolution of Forza Nuova”

Meanwhile, the deputy Pd, Emanuele Fiano, announced: “On Monday we will present an urgent motion to the Chamber to ask for the dissolution of Forza Nuova and the other openly fascist movements. It is no longer possible to tolerate this continuous insult to the democratic values ​​of the Constitution. they can pass over in silence “.

Boccia (Pd): “Fascism is not an opinion, it is a crime”

“Sandro Pertini used to say that fascism is not an opinion, it is a crime”. Francesco Boccia, a member of the Democratic Party, wrote it on social media, stating that “the attack on the CGIL was an attack on the heart of our democracy. We are no longer talking about Green passes or vaccines. Yesterday, who used the doubts and perplexities of people in good faith to create chaos in Rome and Milan is a criminal. They are fascists and should be treated as such. We will propose in Parliament the dissolution of Forza Nuova and all the organizations that refer to fascism that have participated in this black page of our history “.

Read: “Let no one be ambiguous or legitimate the violence”

For the secretary of the Democratic Party, Enrico Letta, “what happened is very serious, because it is an indication of a widespread malaise that exists, which must be understood and not underestimated and because there is a resurgence of fascist and squadron violence, I heard vague words in these hours, but when they are involved in Fiore and Forza Nuova talking about something that is identifiable “. “It is necessary – added Letta – that there is no political force that legitimizes in one way or another these forms of
violence. Today everyone condemned, but the story arose because there have been ambiguities on these issues for months “.

Fratoianni (Si): “I subscribe to the movement of Fiano”

“In all these years I have been among those who have never stopped asking for the dissolution of the fascist organizations. And this is why I gladly subscribe to the motion proposed by Emanuele Fiano” on the dissolution of Forza Nuova. This was stated by the national secretary of the Italian Left, Nicola Fratoianni.

“Apply the laws of the Republic, I refer to the words of Mattarella, who says wise words”, is the comment of the coordinator of Forza Italia, Antonio Tajani, about the Pd motion for the dissolution of Forza Nuova.

Raggi: “In Rome there is no room for Fn, in solidarity with CGIL”

For the mayor of Rome, Virginia Raggi, “the images of violence we have seen are unacceptable. Solidarity with the CGIL. I clearly reiterate that Rome is proudly anti-fascist and that for Forza Nuova there can be no space in our city”.

“The Italian judiciary and our laws already concern what are the elements and rules for taking action against associations. It is not up to me to replace the investigators or the judiciary. We are the party of legality, we are against that contrasts with the law but not it is up to me to decide, the Constitution assigns this right and duty to the judiciary. ” Thus’ the group leader in the Chamber of FdI, Francesco Lollobrigida commenting on the motion for the dissolution of Fn presented by Fiano.

Sources Pd: “We will explain fascist violence to Meloni” Sources of the Democratic Party therefore reiterated that, “if Giorgia Meloni does not know how to recognize the matrix of yesterday’s violence, if she does not know who are the exponents of Forza Nuova arrested for those acts of violence, we will explain it to her: they are the leaders of an organization notoriously and proudly fascist. We will also explain it to him in Parliament: we expect him to understand him well enough to support our proposal to dissolve the fascist organization Forza Nuova “. 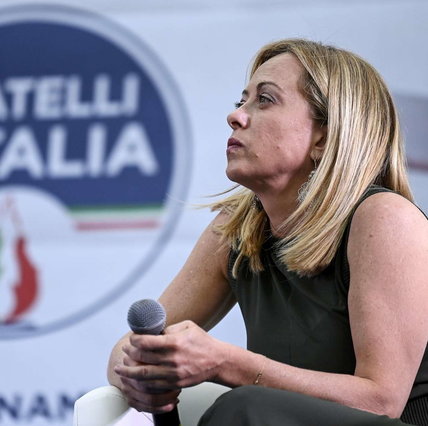 the last test for Napoli is missing

“Heavy defeat of Roma? It won’t happen with Napoli “

At the Rome Festival the libertarian story of Onde Radicali – Cinema

‹ You will not believe what animals took over the streets of Budapest › In Toulouse, a “round of angry women” for denounced “feminicides and impunity” – Release