ELECTION 2021: Prague beat us, Prague hates us, we are the strongest, Babiš said after losing the election | Options | Pražská Drbna

The polling stations were closed at two o’clock in the afternoon today, and around half past six it was clear that YES would not win the election this year. Turnout exceeded 65 percent of eligible voters. The coalition ended together with 27.7 percent of the vote, the second is YES, which has 27.1 percent of the vote. The third are Pirates and STAN, the fourth SPD.

“We want to live here together as friends, as colleagues“

Representatives of the winning coalition TOGETHER spoke at around half past six at a press conference. “Both democratic coalitions have a majority in the Chamber of Deputies and therefore have a chance to form a majority of government. This is change, we are change, you are change. TOGETHER and together we brought the Czech Republic a chance for a better future, “ said at a press conference Petr Fiala.

#TOGETHER we will put the Czechia together! Thanks! ✌️ pic.twitter.com/mhZmJeyMeB

“We want to live here together as friends, as colleagues. That is what unites us all“Fiala added.

She also spoke in favor of chanting in the election staff Markéta Pekarová Adamová. “Change is not close, change is already happening!“Pekarová Adamová also outlined the future political direction of the Czech Republic.

You whistled the end and I thank you so much for it! ????

Now our common task is to form a government that will bring change.

In second place was the YES movement successfully. “Thanks to the fact that YES defends the position in the government, due to the covid and the unilateral campaign, I perceive the profit of 27 percent as a small miracle. I have already said that what will be over 27 percent is unique, ” said the leader of the Prague candidate for Pražská Drbna Patrik Nacher.

Babiš called the result YES great. “I think our result is great, we did not expect such a result. In June, we had 22 percent. The result has various causes. I don’t think we let the voters disappoint. Congratulations to Mr. Fial for a great finish, it was a mobilization, five percent more was lost than last time. It’s more or less the same for the number of seats. “ he said Andrej Babiš. “Prague beat us. Prague hates us. We are the strongest party, ” Babiš added and added that the project of the YES movement will continue.

Petr Gazdík arrived at the PirSTAN election staff in La Fabrice in Holešovice after three o’clock. “It doesn’t only matter how many votes we have in our coalition, but also how many votes we have TOGETHER with whom we want to work,” said Petr Gazdík. Prague leader Olga Richterová is also present. “A citizen arrived in front of the staff dissatisfied with the situation in the country and confronted MP Richter. In the end, he announced to the participants that they should elect the Pirates, “ described the situation on the spot by the rapporteur, Drbna Markéta Plešková.

There is also talk of post-election negotiations on the part of the Pirates, four parties will enter the Chamber of Deputies. Will Pirates and STAN negotiate a coalition with TOGETHER against YES and SPD? “I expect phone calls from the chairmen of the parties, so we will discuss this first here in the election staff., “Said the chairman of the Pirates Ivan Bartoš.

Pirates and STAN came to the staff to support the TOTAL candidate for KDU-ČSL Hayato Okamura and said that he wanted to cooperate after the elections.

The SPD maintained the result of the last election

Tomia Okamura’s SPD party won less than ten percent of the vote, defended the number of seats and maintained its position. “We will do everything we can to further support our patriotic program. It turned out that we are the only real patriotic party in the Czech Republic“He said at a press conference Tomio Okamura. “We will do everything we can to ensure that the Chamber of Deputies is established as soon as possible and that everyone has a democratic representation,“He added.” 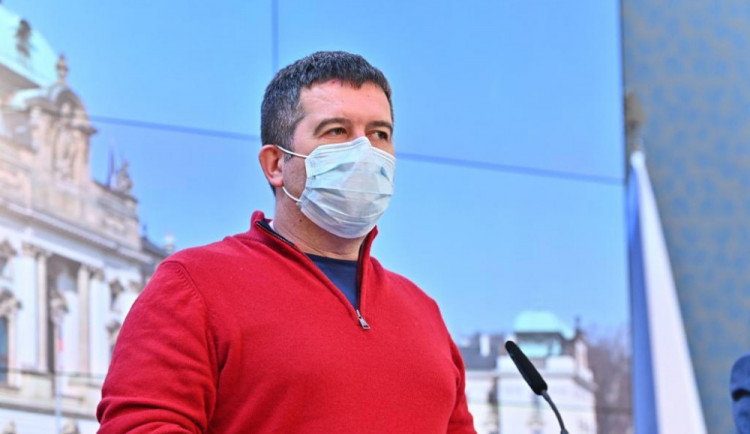 Deputy Prime Minister Jan Hamáček resigns as chairman of the Social Democracy after the party did not get into the Chamber of Deputies. Hamáček told reporters in the Prague …

Disappointed communists. Is no longer

Before the census, Prague leader Přísahy Jiří Hynek said that a good result would be a gain of 5.7 percent of the vote. In the end, the Oath gained 4.68 percent. There was a grave silence in the KSČM staff, because the Communists will not get into the Chamber of Deputies this year with a profit of less than four percent. “I am very disappointed because it is a really big failure. People are trying for other political parties. It is also problematic due to the fact that no left-wing party got into the Chamber of Deputies and that will be a problem not only for the KSČM in the next period, “ said Vojtech Filip.

The leader of the Prague candidate of the Greens expected a gain of three percent, in the end the Greens are around one percent of the vote. “I’m sorry, but we said to ourselves that we went to Kapman after four years, when we weren’t visible, we didn’t have the money, we were on our own, we mainly want to be seen in the media. I’m sorry, but this is only the first step, we’re moving on. “ specify for Prague Gossip Eva Kavková.

The YES movement, which has 5 seats in Prague, finished in third place in Prague. “I expected seventeen percent of the vote,” said the leader of the Prague candidate YES Patrik Nacher. The SPD with leader Josef Nerušil must 4.5 percent and one Prague mandate, the CSSD with Jana Maláčová 4 percent and will not get into the Chamber of Deputies.

In Prague, the two smallest constituencies are located in Prague 8. District No. 8076 in Kobylisy had a forty-seven percent turnout, with 81 voters. Constituency 8057 in Ďáblice, on the other hand, had an turnout of over 80 percent. 111 voters took part in the elections.