Ten thousand runners from six hundred and twenty Hungarian settlements can admire the world heritage panorama of Budapest on October 9-10.

The 36th SPAR Budapest Marathon was held on October 4th® Festival press conference, which the organizers will present in preparation for the event with a long history, program and interests. 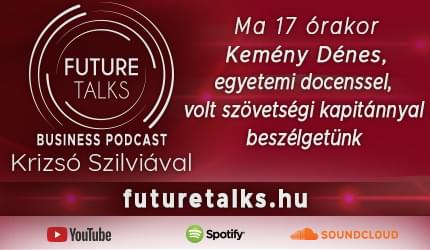 “The world’s running races start again, with participation in almost every vaccination or negative test. We can only start with those with a protection card, so now we expect less than usual, about 10,000 entrants. There are also 700 foreign foreign runners from 62 countries nominated for travel difficulties, which indicates that Budapest is still a key destination for running tourism. At the 2-day event, you can say goodbye to the amateur runners from the late Sarolta Monspart, whose unparalleled athletic life is presented in a memorial tent. ”

Saturday will be the festival’s family day with shorter distance races around the ELTE Lágymányosi Campus: SPAR Verde (10 km), Riska Minimarathon (5 km), FODISZ Equal Opportunity Race (500 m), NESTLÉ Family Run (500 m) , and a SPAR DOMESTIC. I LOVE Marathonka (2.3 km) will start at this time. SPAR enjoyment. and you will be able to walk on this day while walking.

One of the special features of Saturday will be the “Presidency Shift (4 × 2 km) – Run for a Secure Future! With the support of the Hungarian V4 Presidency and the Slovenian EU Presidency ”. In this competition, in addition to the fact that anyone can start, a separate competition was announced for the running teams of 4 people consisting of the staff and family members of the diplomatic corps (embassies, consulates-general) accredited to Hungary.

The 36th SPAR Budapest Marathon® he starts from the Pázmány Péter promenade at 9 am on Sunday morning. The distance of 42,195 meters can be completed individually, in pairs or in a four-person relay between the Tolle UHT Marathon Relay, but in addition to the marathoners, the participants of the Regnum 30-kilometer run will also start. One of the most beautiful and spectacular marathon routes in Europe crossed the two banks of the Danube on Margaret Island, so runners can also enjoy the wonderful world heritage panorama.

More than 700 runners will be the first to try to complete the boots marathon run, including opera singer Krisztián Cser, actresses Erika Tankó and flora Herman. Tibor Dombi, a thirty-five-time national football team, will also start as a routine marathon player. 200th official marathon race and 21st Budapest Marathon is being completed by amateur runner Géza Kele, who arrives in Budapest from Donamocs, Slovakia.

“We’re past a very tough year, we’ve had to eliminate countless competitions and sports in the last period, so it’s a great pleasure to be able to offer it again for a healthier lifestyle, including these running events where all ages can find their own distance. Our main goal is to play as many sports as possible and we try to help with that. Running is one of the most popular forms of movement with which we can move the largest masses. ”- said Dr. Tünde Szabó.

The organizing Budapest Sports Office will watch the runners at the refreshment stations with more than 60,000 liters of water, 1,500 liters of Gatorade, 1,000 liters of Pepsi Cola, 200 kilograms of dextrose and 15,000 pieces of bananas. The safe running of the event is the work of about 1,000 organizers and directors during the two days.

The aim of the partnership of the Budapest Autumn Festival is 26 music points waiting for the runners on the running track, classical music, rock, jazz, folk music, blues, DJs and drummers will give them another impetus. At two key points (Clark Ádám tér and Margitsziget – Bottling), the Budapest Autumn Festival enhances the atmosphere of runners and fans with soul-refreshing music stations, and provides entertainment for visiting city dwellers and tourists.

Among the various professional competitions, there is a great deal of interest in the Tolle UHT Marathon Relay, a unique in Europe running the theater competition, which the Hungarian State Opera House 10 alternates named. But artists from the Comedy Theater, the Playground, the National Dance Theater, the Városmajor Open-Air Stage, the Budapest Puppet Theater, the students of the #freeSZFE Association, the Jurányi Community Incubator House and the Ördögkatlan Festival also wear running shoes.

“The basic values ​​of SPAR Hungary include the promotion of a healthy lifestyle and the support of sports and test movement. We are proud to have been the naming sponsor of Hungary’s largest leisure sports events in Hungary for more than a decade, since 2008. We are very much looking forward to this year’s SPAR Budapest Marathon® Festival, which will allow us to run between uncomfortable epidemiological restrictions after we are free to choose between. However, the SPAR Budapest Marathon® Festival is not only a sport but also a social event. SPAR, committed to health-conscious nutrition, in addition to being visible at the Lifestyle booth, offers the full proceeds of the Regnum booth to the Hungarian Maltese Charity Service in the usual way. ” he pointed out

The space surveillance camera recorded a brutal thing in Budapest, they immediately called for an ambulance

‹ Municipal, the flop of the turnout is in the suburbs: in Rome and Turin collapse in the areas where the M5s triumphed. And the right wins where you vote the most › The Toulouse TAF Show offers 650 job offers