Jan Čížek, the SPD’s number two candidate in Prague, went to the final part of the campaign with a local theme. Namely, with the placement of the maladapted in city flats by the municipality. “It looks like this here today and it’s horrible. It’s just a chill running down our spines, where we got here during the three years of the Pirates’ rule, “he said in a documentary he shot. And he added footage of them maladapting and swearing. The locals complain and Čížek promises to turn around with the unadaptable.

The video was shot by Čížek in his native Prague 10. “We have simply lived here under Rapid since I was a child, I have lived here for 45 years. I played in this park as a little boy and here it was always a nice show district and everyone envied us, Prague 10, “the SPD two confided in the Prague candidate. “It looks like this here today and it’s horrible. It’s just a chill running down our spines, where we got here during the three years of the Pirates’ rule, “added Čížek, walking in front of the solarium, through which long red graffiti stretches. 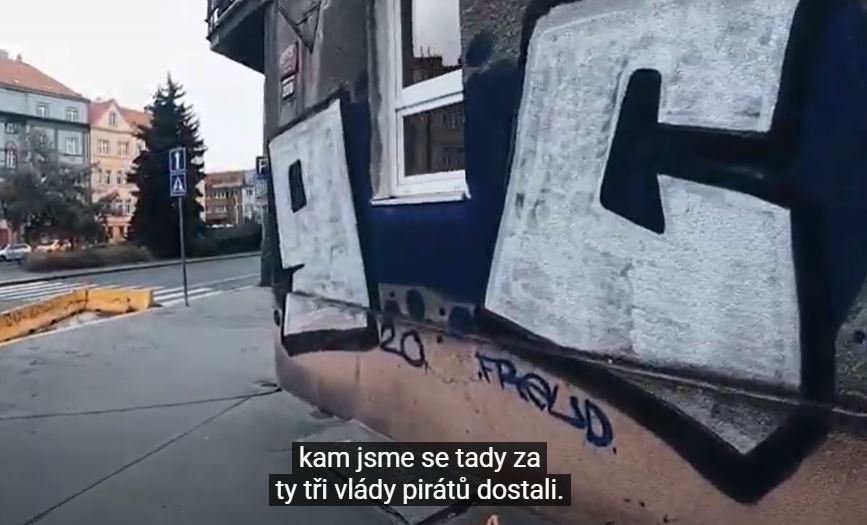 Should EU foreign policy continue to be decided unanimously, ie with our right of veto?

He accused the Pirates of moving to Prague 10 so-called unadaptable from all over the Czech Republic, and the locals are said to be afraid to go home in the evening or to the cellar or park. “They are robbing them and attacking them. The gentleman said that he left a pram there and in the morning he would find it full of used syringes, “he added for the better. And as evidence, there was a recording from the night of Ruská Street, where drug addicts were dealing with the conflict and messages such as “Come on, motherfucker” and “What kind of junk’s cunt you have,” whether “She gets tomorrow, dirty cunt.”

“It’s clear there are riots, and as long as there was a stop, they were sitting there at the stop, invoking me to open the door or sell them something. I called the police and the police just came and went around it twice. Right in the middle of the street, they took the master from the barracks and kicked him in the head, “one of the locals confided to Čížek.

Another man said: “Not only those who are reported there would live in it, but all the maladapted people from the area who take turns there, and from the corridor there is actually a porch, another living room where they live. And when our children were in the stroller, I usually found syringes from drugs, alcohol and things like that in the stroller. “Čížek responded with the words:” Terrible “. The man still claimed that the house was sprayed on purpose, as a mark for the unadaptable that the house is open. According to local statements, the pirate-led town hall said the case was in court.

“It’s a man who lives directly under those fetishes. They directly threatened his wife that they would cut the children, “another witness confided, and the man confirmed this, explaining that when the people in question” work a mess “on the street, he shoots and takes pictures from the windows.

The woman states that when she called the police, they arrived in 12 minutes and by then they had been kicked by a touch man. “And I told them that they dragged him next door to the entrance, only then did the police come, probably go around it three times and just call me as an informant. And when I called back to that number, they didn’t even take it, so I didn’t have any other connections, “she complained.

In the video, Čížek also mentions the case that Petr Beneš, Deputy Mayor of Prague 10 for Pirates, stated that the maladapted and drug addicts are more necessary than, for example, a saleswoman from Lidl, who lives in a three-generation apartment. It is said that this is not just about this house, but about widespread piracy, for example in Strašnice. 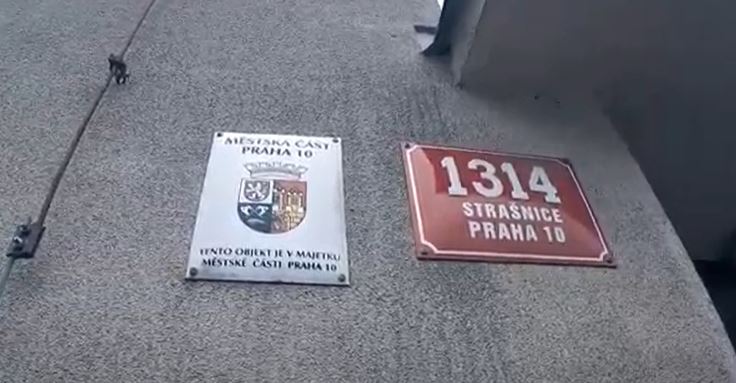 “It’s important that the townspeople go here and sometimes choose it here. But unfortunately, unfortunately, “lamented the local pensioner and described how he sent one to the playground. “Well, it’s like a hashish lair. Stab it there! “He explained to the constable why he should go to the playground. “And he looked at me and said, ‘This is not my district.’ And he left. So what should I think about it? He should leave, drive them out and you’re done. “

Čížek also visited Malešice. And the occupant of the house in the neighborhood described problems to him. “There are constant quarrels here, they roar,” she said, and they must say that the maladapted people sit down and drink, and they also sell drugs. There are officially only seven or eight in the house. But unofficially “clouds”. “He was lying on the road here and wanted to be run over by car or bus. People were watching from the balcony and yelling, just let him add, let him cross it, grab it and such, “she described Čížek’s experience.

The next segment was from Rektorská Street. “These are the municipal apartments behind me and I talked here to the citizens of Prague 10 who live here and they explained it to me how it works here. And it’s pretty crazy. The municipality is currently, ie Pirates in the municipality, moving unadaptable Roma from hostels and what they catch on the street, they normally move them to those flats and one Roma problematic family is to be safe on each floor. And they move them between seniors and retirees. There are people living there, as I have heard, are 99 or 100 years old. These are seniors who need peace and quiet to live their lives, “said Čížek. It is said that young drug addicts smoke, fetishize, ten or more people live in the studio, spread their fate and organize parties. And even according to Čížek, there is still an attack on the population.

“Those maladapted have nothing to do here. I will not live here. If none behave decently, then they will return to hostels, none live among normal people, this is not the way to go! “Čížek declares and can participate in the elections. “We Praguers want to live in peace, in safety,” he said.

‹ Top 14. The amazing starting XV that Toulouse could line up next year › Brussels court rolls up prostitution network – Belgium