Andrea Pekárková from the Salvation Army will take care of the sick homeless: A surgery has been opened in Prague

Blesk.cz: Mrs. Doctor, when did it first occur to you that you could focus professionally on homeless people?

MUDr. Andrea Pekárková: “Even before studying medicine, I had a dream about helping homeless people at the main railway station in Prague. When I was in the 4th grade in 2008, my husband František and I, who now work in the Salvation Army as head of church work, first visited the Salvation Army choir. The then national commander, Mike Stannet, brought us to the Bohuslav Bureš Social Services Center at that time, where we held services for homeless people, and introduced me to nurse Libuša Fučíková, who was working in the infirmary at the time. And I started going to the day care center regularly. “

What activities were waiting for you there?

“My first work mainly concerns the treatment of medical consultations. But it was clear to me from the beginning that homeless people needed more. That’s why I started looking for health care programs for the homeless at home and abroad. “

Did you start caring for the poor and homeless full time right after your studies?

“I had to complete a three-year period of pre-certification training, but during this time I also worked at the general practitioner’s office in the organization Naděje v dfieldi. At this time, winter crisis accommodation began to emerge in Prague, and with them the demand for health care increased. This was followed by the establishment of a surgery for the poor in Ostrava, the arrival of second descendants and now a return to Prague. “

How does your surgery actually work in Ostrava? Is this a classic general practitioner’s office with the only difference being that it is for people in need?

“In Ostrava, we operate as a full-fledged general practitioner’s office with everything (maybe something more), and so it will be in Prague. We promote homeless people to have access to quality primary care. “

According to statistics from the Research Institute of Labor and Social Affairs from 2019, over 3,000 people live homeless in Prague, which is the highest number after the Moravian-Silesian Region. However, homeless people live abundantly in other regions as well. Do you think that their health care is sufficiently ensured?

“Certainly there are no surgeries for the poor in all major cities, for example, they are missing in Brno. The bigger problem, however, is that existing surgeries face personal problems and funding is unstable. “

There are eight medical faculties in the Czech Republic, where new general practitioners graduate every year …

“When someone becomes a general practitioner, they usually build their practice all their lives and have to spend most of their time caring for their patients. The number of qualified doctors available is relatively small. In general, I see a problem in the fact that the interest in primary care among graduates is weak. Primary care in our country does not have such a sound as in Great Britain. When I did a survey 10 years ago among doctors who focused on opinions about homeless people and awareness of homelessness, the results were not very encouraging. “

Now we are talking about graduates, but what about students, for example, who can gain the necessary experience and practice in this way?

“There is great interest among medical students in Medici on the Street programs (association of students who provide health care in the field to homeless people – note. redakce). This suggests that, overall, society’s attitude towards homelessness is moving in the right direction. “

From your work in Prague and Ostrava – you can compare the situation regarding homelessness and health care. How do these cities differ, for example, in the composition of patients?

How many people do you normally treat in Ostrava every day?

“It also depends on what the office hours are, ie the immediate capacity. This varies, depending on staff availability. Also, the treatment of one homeless patient often takes up to 45 minutes. Of course, in the meantime, it is possible to handle some express games, such as writing a recipe, etc. Usually, an average of 20 people turn around in the surgery every day. In Ostrava, we collected approximately 1,700 individual patients in three years, but as I mentioned above, the target group is wider there. “

Homeless, mentally ill or addicted. These are patients of the unique Surgery for the Poor, run by the doctor Andrea Pekárková (35) in the Ostrava Salvation Army. She intends to open a surgery in Prague soon.

So can we expect fewer of them in Prague?

“We may have similar numbers, but there will be a larger proportion of the apparent homeless.”

Where do you think homeless people stay in Prague the most?

“They will always move to the center, even if they have to have temporary shelters on the periphery. In the center they have a greater opportunity to make a living. “

I am asking where the opening hours can be renewed so that it has the best possible availability for potential patients.

“Surgeries for the poor are best used when they are located directly in the place of providing other services, in addition, close cooperation of social and health team is required, it is necessary to have a shower, wardrobe, basic food aid, etc. One surgery for the homeless already It has been operating for many years – it is a surgery of the Naděje organization and is located in the day center of U Bulhara, where homeless people go and use other services. The AS surgery is also being set up at a day center for homeless people in Holešovice. “

How will homeless people who do not have ideal access to information find out about the surgery? Is an information campaign planned?

“The surgery will seamlessly follow the activities of the existing infirmaries in the same place where the nurses have been working for a long time, who will continue to work under the banner of the surgery. For existing patients, it will simply be a transition to a higher level of healthcare. Clients in the field will certainly be informed by field workers, I myself am also going to start establishing contacts with clients in the field. We also plan to work with Medics on the street, who will also be able to send us patients with whom they come into contact. The need for health care among the homeless is so great that no massive campaign is necessary. “

What are your most homeless needs?

“Chronic ones are mainly due to risk factors associated with homelessness – often the consequences of substance abuse – whether it is somatic (cirrhosis, neuropathy) or mental (depression, dementia, psychotic disorders), ischemic lower limb disease is common as a result of nicotinism, with frequent loss of limbs. Then there are rapidly acute or medium-term – a variety of skin diseases including parasitic, homeless foot syndrome, acute and chronic wounds. Depending on the weather, frostbite and burns occur. Serious injuries caused by violence are also independent. We also usually often encounter head and neck tumors, lung cancer and other oncological diagnoses, unfortunately mostly in the late stage. “

You mention serious cases, which usually do not occur without hospitalization. How Are you happy with inpatient care for the homeless? Is it sufficient?

“The concept of health care for homeless people includes outpatient, field and respite care, which means providing low-threshold accommodation for homeless people during illness, which also hospitalizes (illness with which the person groans at home – sore throat, flu, covid), aftercare after surgery, plaster on the lower limb, etc. It is a connection between social and health care. This device is not known by our law. When this service is provided to other homeless people in dormitories or shelters, it is not ideal, there is a lack of medical staff. “

From the above-mentioned diseases or injuries, which area of ​​health care is the most burning for you personally?

“In general, I am usually always bothered by pregnant women on the street, homeless people in terminal stages of incurable diseases and homeless seniors. I have also seen all those years as the biggest enemy of alcohol and society’s attitude towards alcohol use. I would be very happy if the sale of cheap alcohol, pouring at stalls, the sale of plastic shots, etc. were banned in our country. “

Hundreds of people have already gone through your care, was there a case that affected you personally, and why?

“It simply came to our notice then. I can mention, for example, one middle-aged woman that we came into contact with in the field. She lived in a tent, even in winter. Maybe she was homeless, living in a relationship with a man who had otherwise abused her. She was heavily addicted to alcohol. One day, her partner severely injured her head and caused her a severe orbital fracture. We took her to the hospital. They released her right away, not even keeping her there. She had a huge hematoma on her face. I felt great helplessness and concern at the same time. “

How did it end up?

“She survived, outside. Then he even came to our surgery several times. Another winter hit… and she froze. To this day, I am very upset by this case. Even after years, I wonder if we’ve done enough so that the woman doesn’t have to go through all the suffering. “

But we have helped many people since their suffering. Is this what you promised yourself from work that fulfills you as a doctor, who, as one of them, treats the homeless in this way, and the woman before?

“I am a believer, a Christian, so the main source of my strength stems from my relationship with God. My commitment as a Salvation Army officer to God also helps me. The knowledge that one has promised something and is worth it. I’m definitely mainly driven by the fact that work is still not done, that homeless people are still here, still sleeping outside and still having health problems. “ 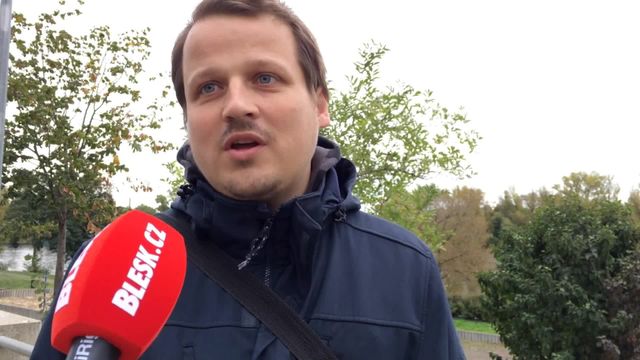 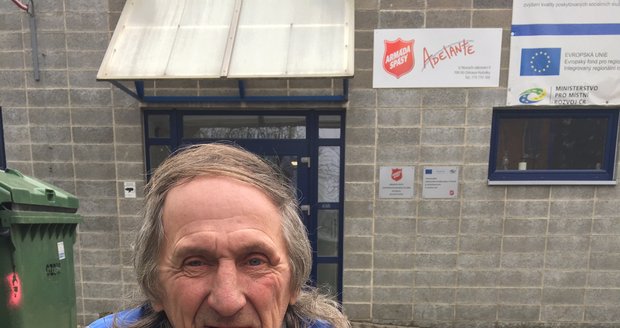 Homeless, mentally ill or addicted. These are patients of the unique Surgery for the Poor, run by the doctor Andrea Pekárková (35) in the Ostrava Salvation Army. She intends to open a surgery in Prague soon.