Prague Zoo: September 28 will celebrate its 90th birthday. He plans a rich program

On our ‘banknotes’, correctly commemorative certificates, we have the values ​​of 100, 500 and 1000 Trojan tolars. These refer to the former Jáchymov tolar, which gave the name to the dollar. And the nickname ‘Trojan’, together with the image of Troja Castle on the reverse, is an expression of respect for the place where our zoo is located, “said Miroslav Bobek, the director of the zoo.

They will be protected from counterfeiting

The Zoo issues banknotes as part of the 90th anniversary of its opening. It will celebrate with its visitors on Tuesday, September 28. In addition to the Trojan tolars, fans of the Prague Troja Zoo can also look forward to the launch of the book Zoo for the Capital, which maps the history of the garden, and the performance of the board game In the Footsteps of the Prague Zoo. The celebrations will be held in the spirit of the First Republic. For example, historical motorcycles with mobile advertising at the time, a flute player in a period costume, swing dance workshops or a themed photo corner may not be missing. Every visitor who comes on the day of the celebration will come to the Prague Zoo in a costume in the style of the 1930s, and will also receive a small gift at the entrance.

The zoo is protected by endangered species of animals in the place of their natural occurrence. These in situ projects include the return of endangered Převalský horses to Mongolia, the protection of the Indian gavial in India or the Cuban crocodile in its original homeland.

The Zoo in Prague’s Troja is one of the most visited tourist destinations in the Czech Republic. However, due to the covidu-19 pandemic, there was a drop in visitors. Compared to 2019, the number of visitors is lower this year as well. Last year, 851,623 people visited the garden, almost 605,000 less than in 2019. In that year, the zoo’s visitor record was broken, when 1,456,526 visitors came to its gates. In 2020, the zoo was closed to the public for 114 days due to anti-epidemic measures, and on many other days of the year the operation was limited. 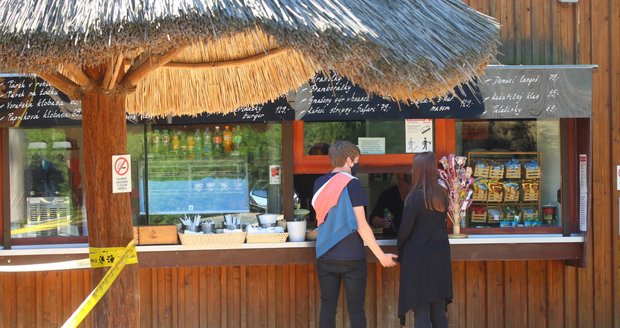 In Prague, they opened a center for the development and tests of space and aviation technology | Education | News | Prague Gossip

Tips for a weekend in Prague: visit a design festival, go for soup or enjoy a candlelight vigil

Where does our Europe end? The summit in Prague should have been bigger

‹ The vaccination bus in Prague arrived at the last stop in Letňany. So far, the vaccine has been distributed by 1,200 people iROZHLAS › San Marino, hides money in an account. 56 thousand euros per drug trafficker seized