Will buckwheat be in short supply this year and why is it reluctant to grow it in Belarus?

Belarus has not been selling buckwheat abroad for the third month already. The ban was imposed by the Resolution of the Council of Ministers. Correspondents of “7 Days” were wondering what the situation is with the harvest this year, whether buckwheat will be in short supply and why farmers are reluctant to grow it.

Groats on the shelves

The production and sale of bakery products, flour and cereals products and pasta products is under constant control. According to the press service of agriculture and foodstuffs, the situation in the consumer market of a stable economy for these positions. In particular, both domestic and imported buckwheat are supplied to shops. Moreover, seeds of high reproduction of Belarusian varieties are purchased from us in significant volumes by the agrarians of Siberia and the Altai Territory. But the packaging does not say what sort of buckwheat the groats are derived from. It is quite probable that from the neighboring country we are importing those grown from our own – Belarusian ones. By the way, the ban on the export of this until the end of August was in effect in Russia, which produces it more than anyone else in the world. And all because this year, not only for Belarusians, turned out to be not the most fruitful for this crop.

What saved the harvest

– What is the reason for the low yield of buckwheat this year? Drought swept through July – the time of flowering and grain filling. The critical factor for buckwheat was the high air temperature during flowering – above +30 degrees. The fact is that at temperatures above +27 degrees, pollen becomes sterile and does not germinate, and nectar crystallizes and therefore is inaccessible to insects. They lose interest in crops and do not fly to flowers. As a result, pollination is reduced and the grain is not tied. This is exactly what happened in the current year, – notes the head of the laboratory of cereals of the Scientific and Practical Center of the National Academy of Sciences of Belarus for Agriculture, Candidate of Agricultural Sciences Natalya Luzhinskaya. – When the heat subsided and the rains began, which we had not had in Zhodino for almost a month and a half, repeated flowering began, setting and pouring new grains. This slightly increased the yield, although the growing season of buckwheat was delayed and many farmers postponed the harvest, waiting for the newly set grain to fill up and ripen.

From south to north

Buckwheat is sown in Belarus in all regions – from Brest and Gomel to Vitebsk regions. However, the interest of farms in this crop is held back by its relatively low yield, which generally reduces the indicators for grain yield – by farms, district, etc.

– Many farmers consider it a secondary crop, leaving often waste land for sowing. But in vain! In the world, buckwheat is used for a variety of purposes, including medicine, the chemical industry, and food. To get a good harvest, you need to prepare the soil in the fall: after harvesting the predecessor, when applying herbicides to destroy perennial weeds, plow in time. In the spring, soil preparation for buckwheat begins with cultivation – to close the moisture, – says the candidate of agricultural sciences. – Buckwheat hardly competes with weeds, so it is very important to keep its crops clean. To collect nectar, bees are more willing to fly to clean crops, which improves pollination and grain setting.

In general, this culture is beneficial, since it is one of the names of costly. When others no longer have time to form, it can be a significant grain harvest. And buckwheat is also an excellent precursor for agricultural crops: it absorbs phosphorus and potassium well from the soil, transforming them into a form more accessible to plants.

In addition to cultivation technologies, buckwheat requires varieties that domestic scientists are constantly improving, improving the genetic potential of productivity, improving economically valuable traits: early maturity, plant resistance to lodging, grain size. Thus, the weight of 1000 grains in modern varieties has increased by 1.5-2.0 times. The State Register of Varieties of Belarus contains 14 varieties of buckwheat, of which only three are foreign, the rest are purely Belarusian.

A farmer from the Mogilev region, Alexander Konovalov, is an innovator in crop production. Several years ago, I bought the first 500 kilograms of buckwheat seeds from the Scientific Research Center of the National Academy of Sciences of Belarus for agriculture and sowed it on five hectares.

We learned from him what came of it. 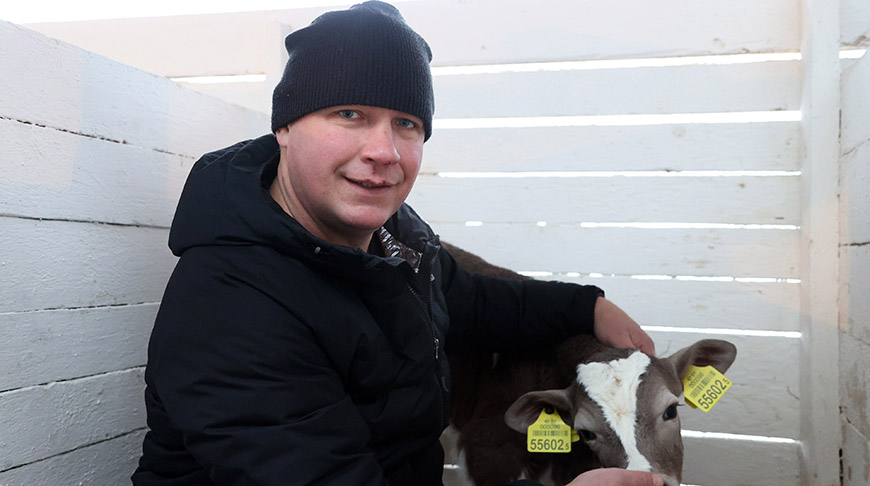 It is known that of all countries, the highest buckwheat yield is in France: 35-38 c / ha. It turns out that our farmer has bypassed the French!

Buckwheat is a valuable dietary and medicinal product. Buckwheat porridge, for example, is a source of selenium, strengthens the immune system, and has an anti-cancer effect. Buckwheat is the only field crop that contains rutin, used to obtain drugs that protect the body from hemorrhages.

Buckwheat is grown all over the world. Its annual collection is about 2 million tons. Most of it comes from Russia and China.…

is there a threat of occurrence – tsn.ua

FC Barcelona: Laporta’s son did not intermediate for Barcelona according to the club

‹ a man kept his provisional license plate … more than 3 years › Toulouse: to resolve the pedestrian / cyclist conflict, an association asks the town hall for a major communication campaign