A nice coach from Slovakia got into women’s football a bit by accident. A women’s football team was formed in Prievidza, and Martin Masaryk decided to coach the new team. When the position of assistant coach in the Slovan Bratislava women’s team became vacant, he applied and, since 2016, even led the team. He played the Champions League with the football players and in 2020 he transferred to AC Sparta Prague, where the Spartans held the first place together with Slavia and they have four matches left until the end of the season. He wouldn’t change his job now.

“It’s beautiful to work with women. The women’s team is sometimes very complex and sometimes absolutely amazing. It has its pros and cons. It’s beautiful to see when girls enjoy the training process, the development, the joy of being interested in them, and the path you have set up has some meaning. It’s probably the nicest thing for those girls to give you more positive feedback and energy for the next job than men., ”The young coach revealed.

Disputes in the cabin

According to him, the basis is to create a group in the cabin, which is sometimes not easy. “My colleague and I sometimes agree that creating a good, functioning team in women is sometimes a Nobel Prize for a coach.“Masaryk said with a big smile and immediately added:” But it’s not just about the coach. It’s about the set rules and the players themselves, how they accept the rules and respect the things we set, “he said, adding that he often has to intervene on his own, but in most cases women say goodbye and it’s calm.

It will last longer

It is then a pleasure to watch the player’s performances on the field. They pass perfectly and follow tactical instructions. Although they do not play at the same pace as men in competition, they do not lose compared to men’s professional physical clashes. “Here and there we coaches play with the girls, and they are nice situation, when you get a good stepper or a blow, after which you fall to the ground, and the girl starts to get me up, that I’m fine. Otherwise, you hit them in the leg, afraid you hurt them, but she runs on without any problems. Girls probably have a different pain threshold, “Praises the confidant of Martin Masaryk.

According to Masaryk, it happens in women’s football teams that football players and members of the implementation team build a love relationship together. But they see no problem. “I think that if people like each other, it needs to be resolved. If it’s all private and everything works out, that’s fine. If these relationships do not interfere with the training process or team functioning, then it is no problem, ”He reveals about the loves of the green lawn.

Compared to professional football players, women have a worse financial reward. According to Martin Masaryk, it is very difficult for footballers from Slovakia to assert themselves and reach such a level that they can live and earn football. He did not dare to estimate how the football players in the Czech league are doing. “I only know about two professional teams, Sparta and Slavia. For other teams, I don’t know if the players are paid or not, “said Masaryk. As for transfers, there are no dizzying transfer amounts, but rather waiting for the players to expire.

Martin Masaryk in Blesk Podcast revealed what the internship at AC Milan and Bayern Munich was, which the legendary team would like to train and what it was like to play the Champions League with Sparta. 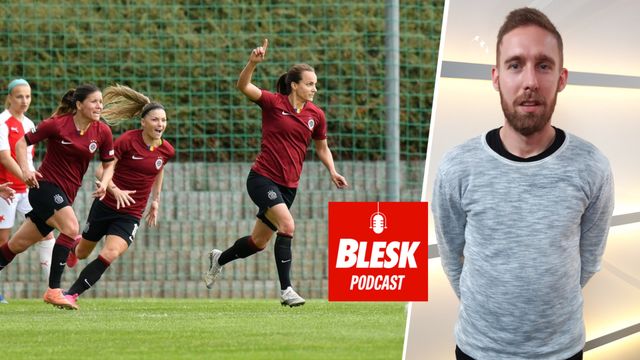 ‹ Prague is this year’s forest city › Prague will not organize broadcasts on “Staromák”. We know where else to watch hockey