Prague wants to ban the passage through the center. The locals are not affected, says the deputy

The embankment in the direction from the Legion Bridge to Charles Bridge has been partially closed since last summer and so far, the situation does not seem to change. Last year, Scheinherr also unveiled further plans to calm car traffic in the center, which are still only on paper, but are already being voted against. It should look like that in the Lesser Town and, for example, to the Rudolfinum, you could only go so-called “on a turn”, according to the municipality’s ideas, the cars should follow the same route as it arrived and the passage through Malostranské náměstí will be limited to residents.

It should look similar on the other bank of the Vltava, where there should be a ban on passing through Křížovická Street to Smetana’s embankment and vice versa. “The driver who will drive to Mariánské náměstí will have to come from the Rudolfinum and return in the same direction. We do not want a complete closure of both banks of the Vltava! We only need to partially reduce transit, “the deputy described his plans last October.

Prague 1 already had big reservations about the previous restriction on the embankment Prague 5which concern the other side of the river. She is now protesting again and argues that this will burden traffic not only in Prague 5, but also all the surrounding districts.

“Planned municipal deadline significantly burdens part of the historic center and with it the passability of neighboring parts of the city. Namely, these are Prague 2, 6, 7 and our city district, “says the chairman of the Prague 5 Transport Committee, Jan Panenka (ODS). Is concerned that traffic in its part of the city will soon be hampered by the planned reconstruction of the Barrandov Bridge and if the passage through the center is restricted, can cause road congestion.

Do you have data?

Council of Prague 5 against the plans of the municipality as well argues that it does not have a sufficiently detailed analysis of the effects on transport in the urban areas concerned. But with that Adam Scheinherr disagrees and previously stated that residents should not be subject to the planned restrictions.

“We have data and we know that only 20% of locals drive through the area from Prague 1, 2 and 5, for which nothing would change. The rest is largely transit traffic, which, despite the most valuable historical part of Prague, only shortens it on the way forward, and we want to shine light on that, “he said in response to the resistance from the fifth city district. The deputy wants this traffic to move to the City Circuit. The main sees the public transport operation in more detail.

“I do not understand why Prague 5 is going against its citizens,” he added, adding that he has also been negotiating with a number of affected city districts for six months. So far, however, it seems that the councilors from Prague 5 are not convincingl, they adopted an opinion in which they do not agree with his plans and want the municipality to refrain from restricting the passage of the center.

As the Prague 5 councilor mentions, the whole matter also concerns other city districts. For example, Prague 7, where Jan Čižinský, the leader of the Prague Sobě movement, is the mayor, welcomes Scheinherr Square’s plans. The main thing for the town hall is to avoid delays in trams and buses due to congestion in the city center, and people in public transport do not lose confidence.

“It is important to ensure a smooth passage through the city center, which will help not only the central city districts, such as Prague 7, but the whole of Prague. For our part of the city, it is possible to say that during the previous closures of the waterfront and the Lesser Town, we did not experience any traffic problems due to the reconstruction of the tram lines. The drivers used the Blanka tunnel and the main road, “added Martin Vokuš, a spokesman for Holešovice City Hall.

»Do you have data? Ours claims something else «

But on the opposite side of the barricade is Prague 1, which has previously protested against traffic closures, as they directly affect it. Transport Councilor Richard Bureš (ODS), like his party colleague from Prague 5, wants hard data in hand. Prague 1 has decided to measure traffic on its own.

“We have already placed cameras on the waterfront to verify the behavior of real traffic and we evaluate drivers and the movement of vehicles. It turns out that the share of transit traffic on both banks is different than what the municipality presents. Many drivers have a destination in a given location, no matter where they are from. To limit such traffic means to limit the citizens of Prague 1, “said Bureš. 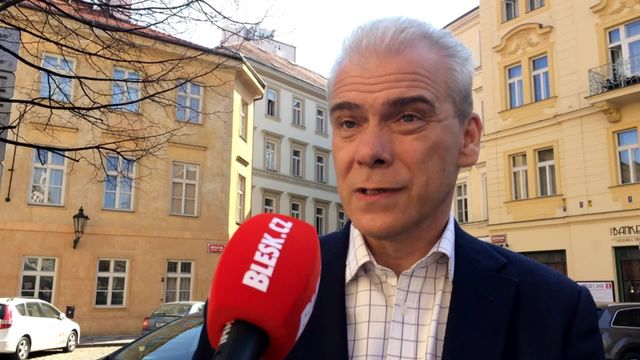 They do it the same way, sounds from Prague 2

Neighboring Prague 2 is also resisting against Scheinherr’s plans. All in all, it seems that the mayor’s deputy may find it difficult to find common ground with ODS councilors. The Civic Democrats also include Deputy Mayor Jan Korseska, who is in charge of transport. According to him, a larger traffic closure in Prague has a negative area impact and the municipality does not address at all how it will offer a detour to drivers.

He also has reservations about how the municipality deals with the city districts. “He does not take the comments of the city districts seriously and fiercely asserts his idea. the citizens are angrywho complain to our town hall because they have us closest to me and I’m not surprised at all. But the municipality is no longer interested because they do it their way anyway, “The deputy mayor added. 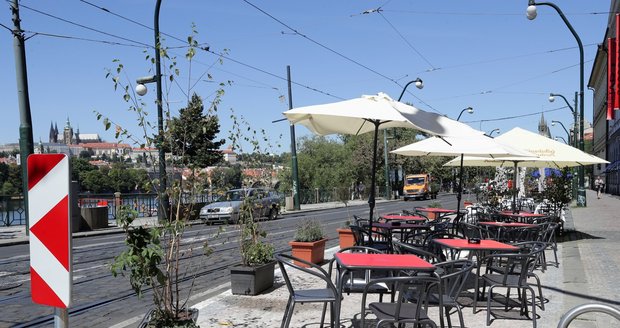 Smetana’s embankment was empty in a few days and at the beginning of September, when it was nice.

The most expensive city in the world is Tel Aviv, Prague ranks 79th

‹ Instead of gravel asphalt. The most important Prague cycle path will get a new surface › Curvature, crutches, hungry sight. The beggars play on emotions, but they have thousands of mobile phones in their pockets