Prague continues to fight the segway carts, they will no longer pass through two city districts

She told the mayor Adriana Krnáčová (YES). The draft amendment to the decree will be discussed by Prague councilors on Tuesday. Or the operation of carts was approved by Prague last July, they disappeared from the streets of the Segway in December. The Segway Operators’ Association has unsuccessfully sought the annulment of the measure in court. It is valid in the historical center and part of the wider center of Prague.

“Several city districts turned to us to expand our territory. We met Prague 2 and 10, because it really happened after the initial restriction that the carts moved to their territory and the problem moved from the historic center by a few streets next door. We don’t want to bully anyone with that, but on the contrary, people must be protected where it exceeds the tolerable limit, “Krnáčová introduced.

According to a document to be discussed by Prague councilors, the border banning the operation of carts will not end in the territory of Prague 2, but will move further east. It will thus include Prague 10. It is an area bounded by the territory of Prague 2, 3 and 4 and from the east by a continuous line of U zdravotního ústavu, Benešovská, Ruská, Bělocerkevská, U Slavie, U Vršovického hřbitova and Bohdalecká streets.

The city management and other town halls requested the extension of the ban. “Prague 6 and 11 also asked us for a blanket ban, but in these cases it was not evaluated that there would be any major restrictions, so we decided not to ban the expansion there,” says the mayor.

In the past, the town hall and the residents of the center complained about the operation of segways, which are mainly used by tourists. Or a new law on road transport, which originally regarded the Segway as a pedestrian, made it possible for Prague’s carts. Failure to comply with the current measure can result in fines of up to 2,000. 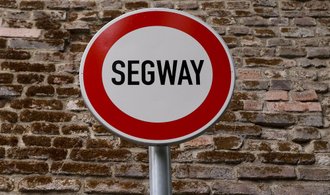 An association of about two dozen operators filed a lawsuit against the ban. The association sought the repeal of the measures. According to the association, Prague did not manage to enforce the original rules, and therefore preferred to ban the operation across the board, moreover without proper justification. However, the Senate of the Prague City Court stated that the ban on the entry of Segways was introduced by municipal regulations, which were not subject to review by the administrative court and no action can be filed against it.

Once the ban is in place, start using the cart operator as a billboard in the center. However, they violated the market rules. Subsequently, some of them bought and operated electric scooters in the center, which are not covered by the ban.

People were surprised by strange clouds over Prague. The meteorologist explained what it was all about