The controversial V-shaped building called CITY Epoque is one step closer to implementation. The Prague 4 Office does not see anything wrong with the two interconnected buildings. “The building authority has already issued a zoning decision for both the apartment building and the hotel, the first at the end of May and the second on June 6,” confirmed the district’s spokeswoman Markéta Aulová.

The protests of civic associations, which are bothered by the planned continuation of the development of the plain, were therefore in vain. The office did not listen to dozens of pages of comments made on the construction of the association’s 100-meter building. “We will appeal against the decision, there are a number of reasons for it,” lawyer Petr Kužvart from the Atelier for the Environment told Deník.

The most fundamental one is the disruption of the Prague skyline, which the construction of the 100-meter CITY Epoque would cause. “If the houses were halved, we would consider whether it is necessary to appeal, but this is an irreversible intervention in the panorama of Prague,” said Kužvart.

The association wants to inform UNESCO about its decision, whose representatives have serious reservations about the development of the Pankrác Plain and are considering removing Prague from their list of cultural heritage because of it. The plan is located in the protection zone of the Prague Monument Reserve.

Opponents of the constructions have other arguments for the appeal. “The reasons are also in the various procedural errors that accompanied the proceedings,” said Kužvart. The project associations criticize, for example, the fact that the investor company ECM did not provide a study of noise and air pollution for the buildings, and also did not commission a study on the impact of the buildings on the environment, the so-called EIA. “We delivered all the materials needed for the management on time and in order,” rejects the arguments of the opponents of the buildings, ECM spokeswoman Zuzana Doležalová. According to her, the company expected a possible appeal.

In addition to the monument reservations, the associations that are planning a joint appeal against the project also have objections to the disproportionate traffic load that the new buildings plan to bring. Representatives of the Pankrác Civic Initiative claim that the area has exhausted transport capacity. However, due to the new buildings, 70,000 cars should plan for the project every day. “The local street network will no longer be able to handle more traffic,” the press release said.

The municipality will decide on the appeals that the opponents of the constructions are going to file. He is now preparing a new methodology that will assess the load-bearing capacity of high-rise buildings based on a computer model. According to the city’s strategy, each new project should fit into the locality and function. “For new projects, the city will also assess the tolerable level of traffic load of the locality,” said Bořek Votava, director of the city’s development department.

If the municipality assesses the appeal according to the new methodology, the appeal could have a chance of success. (kec)

Half a century of plans to stop the Pankrác Plain

The construction of high-rise buildings in Pankrác has more than half a century of history. The insensitive plans to build towers that disrupt the Prague skyline were devised by the Ic rulers soon after coming to power in the middle of the 20th century. In the 1970s and 1980s, the construction of the 104-meter-high Motokovo building, which is now an administrative center and is called CITY Empiria, marked the character of the area. At the same time, the Panorama Hotel appeared on the plain. In 1984, the construction of the tallest building in Prague began, according to the ideas of the then headquarters of the new Czechoslovak Radio. Eight years later, work on the unfinished building was stopped.

Last year, the developer company ECM won a public tender for buildings and land. In the autumn of 2006, the company began preparations for the reconstruction of an unfinished radio building, which it called CITY Tower, after seven long years. The building approval, the cost of which climbed to about two billion crowns, took place last December. The main architect of the project is Václav Aulický.

In addition to the two buildings on the Pankrác Plain, ECM also has a five-storey CITY Point office building. The project envisages several other buildings. In addition to the CITY Epoque, which has just received a zoning decision, CITY Deco and CITY Element are also significantly lower in the plan. There should be offices in both buildings.

Another investor, Pankrác akciová společnost, would like to build on Pankrác. Its administrative center should be over seventy meters high. However, no official proceedings have yet begun. (kec)

In an exclusive interview, a world-renowned architect Richard Meier He told the newspaper:

Richard Meier, an experienced and world-renowned American architect, will probably be involved in the construction project of Pankrác with high-rise buildings. 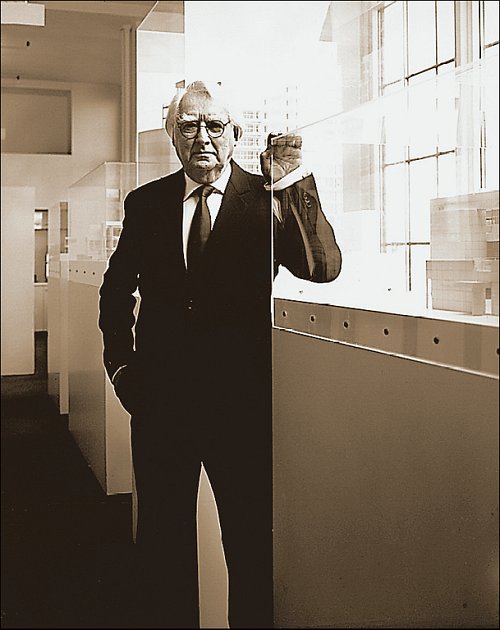 You are the author of parts of the City project buildings. How did you take into account where they would be when designing them?

In the original project plan, we intended that all new buildings would form a pentagon and would be architecturally and geometrically connected to each other. One of the most important factors we took into account was the view of the entire project from the historic center and the immediate vicinity of Prague.

We tried to create a space between buildings, open, landscape and people who will live here and move throughout the construction. Although a number of different architects contributed to the original plan, its main concept has been retained.

For the City Point and City Tower projects, we had to build on their existing structure, which we expanded and rebuilt. City Court will be a new building to complement the group and will be located at the intersection of Hvězdova and Marie Pujmanová streets, with construction work expected to begin next year.

Each of these three has a different character and expression that affects their program and function, but they all complement each other.

What does Prague mean to you?

I feel connected to Eastern European cities, especially Prague. There is exceptionally high quality light and extraordinary architecture, whether it is medieval buildings or houses from the 1930s. It is an honor for me to share a small part of the local history.

What is your opinion on high-rise buildings in Prague or in the historical centers of the world’s metropolises?

How do you generally look at modern, high-rise architecture? It is always encouraging for me as an American to be able to incorporate my designs into the historic centers of European cities. Here in Europe, squares are the real heart of the city, which is not common in the States. I perceive high-rise buildings, if they are related and include the quality of life in the city, very positively.

In Prague, the history of buildings and the energy of public spaces are given. With the help of the City Tower building, we are adding another dimension to the city, which pays homage to it. To speak in general, the construction of a high-rise building is an opportunity to make the most of the lights and views that are offered, of course with the necessary consideration for the surroundings of the building. For the city, such a building is an iconic landmark and care must be taken to ensure that the building becomes part of the wealth that surrounds it.

According to the original plans, the buildings in Pankrác were to be even taller. Later, the height of the buildings was reduced. Was this step a disappointment for you?

The original plan was a glowing glass tower that is visible from every part of the city, and this was reflected in the end result, so I can’t be disappointed.

Will you see Prague in future other buildings from Richard Maiera? If so, who are you working with now?

It would be for me to work on another project in Prague, but we are currently focusing on the next phase of the CITY project.

He is one of the most important contemporary architects in the world. He studied architecture at Cornell University and founded his studio in 1963 in New York.

His best-known productions include the Getty Center in Los Angeles, the High Museum in Atlanta, the Museum of Contemporary Art in Barcelona, ​​the Museum for Decorative Arts in Frankfurt am Main, Canal + in Paris, the City Hall and the Central Library in The Hague, the Netherlands and the Jubilee Church in Hoarfrost.

Summer full of concerts. The New Town Hall in Prague is full of music during the holidays

A unique healthy kindergarten has sprung up in Prague. It has a positive effect on the mental and physical health of children Company News Pražská Drbna

‹ Prague can expand to other municipalities › Metro in 50 years? Route E surrounds the center