Dementia has become the leading cause of death in Belgium

According to the latest mortality statistics, dementia is killing more and more Belgians. The high age of the population would be in question.

This is bad news for Belgium. More and more residents are said to be dying from dementia, a set of symptoms characterized by a slow and progressive decline in cognitive functions.

Death from dementia: an increase of more than 70%

According to the latest mortality statistics from Sciensanoquoted in L’Echo this Friday, nearly one in ten deaths in Belgium are linked to dementia.

Between 2004 and 2019, the number of deaths linked to Alzheimer’s disease and other forms of dementia would have “increased by more than 70%”.

Figures, which contrast with data from the early 2000s: at that time, dementia only caused 5% of deaths. 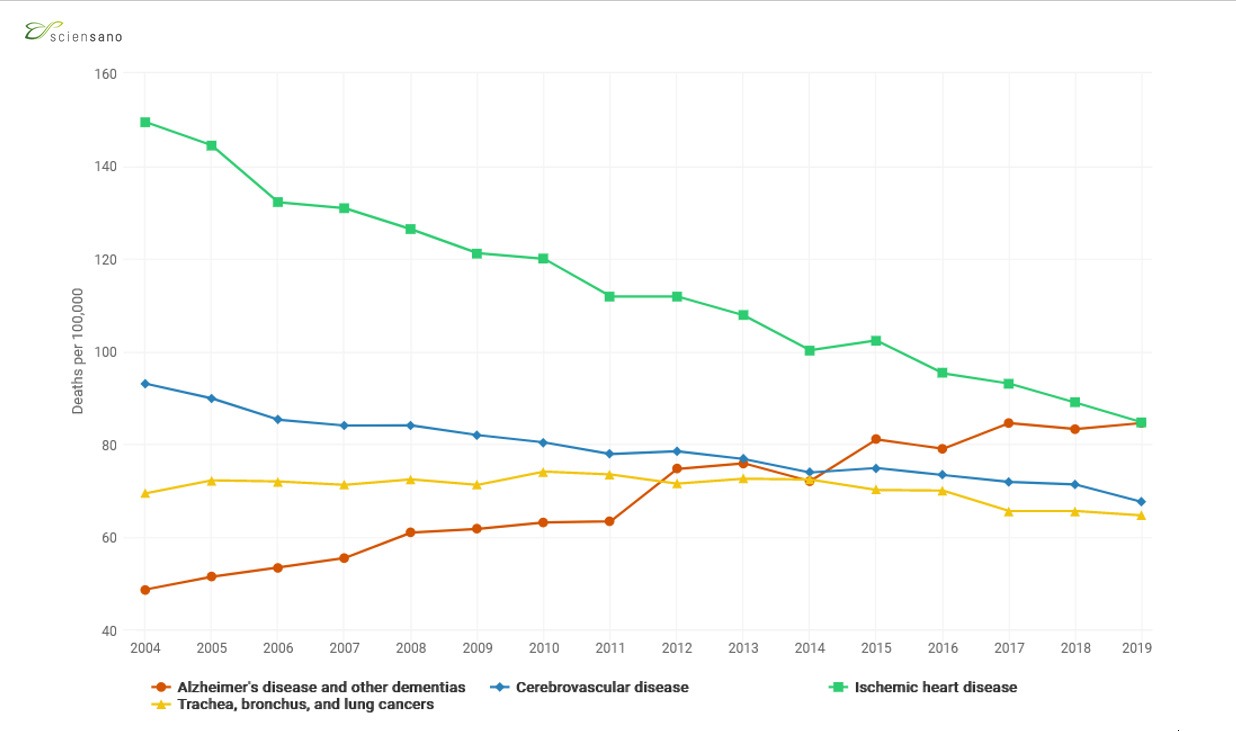 Another important point underlined by the daily: existing results among the regions.

The aging of the population could explain this increase

According to the Belgian experts, the high age of the Belgians would be in question.

“Alzheimer’s disease indirectly leads to death due to its impact on the body. The immediate cause of death may then be pneumonia, difficulty swallowing, or another condition resulting from diminished immune resistance.“, specifies Professor Jan Steyaert of the Flemish center of expertise on dementia, interviewed by Echo.

Due to specific risk factors and greater longevity, Belgian women seem to be more supported by the disease.

“Women live longer on average than men in Belgium. And indications tending to show that a woman runs a slightly higher risk of developing Alzheimer’s disease than a man“, emphasizes Sebastiaan Engelborghs, head of the neurology department at UZ Brussel.

In France, neurocognitive disorders would affect more than 1.2 million people (including Alzheimer’s disease for two thirds).

Loïc Lapoussin, man of the match: “I have the impression that in Belgium, I am underrated”

In Belgium, trainees are not paid