Great success for the Banazola Tournament supported by AS Monaco

Solicited by Distel Zola, player of the Rock between 2003 and 2010, AS Monaco took part materially in a tournament organized by the Banazola Foundation in the Democratic Republic of Congo in favor of underprivileged children. Set up as part of a sports and nutrition awareness day, the event was a success.

During the month of July, several dozen children and teenagers from Kinshasa, girls and boys aged between 12 and 15, took part in a football tournament wearing… AS Monaco jerseys!

The reason ? The attachment existing between the Club and Distel Zola, its former player trained at the Academy and originally from the Democratic Republic of Congo (DRC), who has since created the Banazola Foundation.

The association, which helps disadvantaged youth in the DRC, recently organized a tournament supported by the World Food Program (WFP), the aim of which was to promote football as a tool for cohesion, with a component of education aimed at making young participants aware of the importance of a balanced and varied diet.

At the request of Distel Zola, the Club naturally took part, in particular by supplying match uniforms to the teams taking part in this above all social and educational competition. 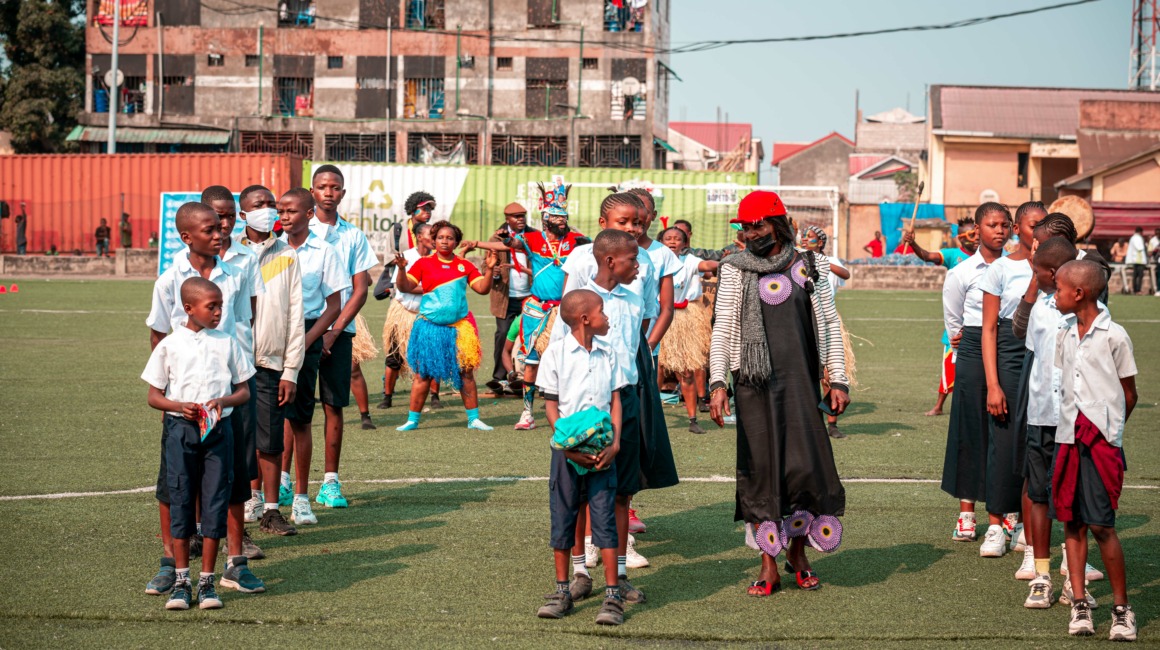 In the presence of another former player of the Rock, Dieumerci Mbokani (2010-2011), top scorer in the history of the DRC, several teams clashed on the GD ground of Lemba and it is the team “Sans Frontières of Ndjili” who finally won. All the players then attended various socio-educational workshops around nutrition.

After this beautiful moment of conviviality around the unifying values ​​of sport and the success of this 1st edition whose objectives have been achieved, the organizers will now want to perpetuate the event.

Distel Zola, founder of the Banazola Foundation: “It was an afternoon marked by a lot of emotions because for these children it is something strong to be supervised by Dieumerci Mbokani and AS Monaco. I thank the Club for supporting the Banazola Tournament and receiving its success. We have achieved the objectives set and we will do everything to sustain and develop this event so that it does not only benefit the children of Kinshasa. »

About the Banazola Foundation
The Banazola Foundation helps vulnerable children in the Democratic Republic of Congo. It is based on sport and education. It offers the tools necessary for the development of the child so that he can blossom and achieve.
Offer hope to Congolese children, allow them to grow up in a healthy and balanced environment for the most marginalized.
Nutrition is also one of his subjects because it contributes to the development of the child.
Make them aware from a young age and regularly give them the right information to be healthy.
More informations : https://www.banazolafoundation.org/

BetclicElite: Monaco at the finish, Successful return for Sluc Nancy

towards a first professional contract for the son of Pascal Olmeta?

‹ Iezzo: “Keylor Navas or Kepa to Napoli? I have no doubts about who I would choose” › Tech: The order has changed in Hungary: which manufacturer’s computers are used the most?