In a press room packed with people waiting to see the national team at their first outing on the pitch, the absolute protagonist of the evening was Wanny Di Filippothe creator of this dream, the person who gave a Sports Palace in Florence: Wanny Palace.
Present at the meeting Valentina Vezzali, Undersecretary of State to the Presidency of the Council of Ministries with Delegation for Sport: “I thank the President of Fipav Manfredi for the invitation to such an important appointment: the inauguration of a new sports facility and to see the National Women’s team. When he told me how this dream came true, I saw a similarity with my life, because I made my dreams my goals and they became my will and determination and Palazzo Wanny also followed the same path. I was born in a small company which however had a fencing gym. Without the availability of a sports facility it is impossible to practice sports. Florence is a virtuous example and Palazzo Wanny must be taken as a point of reference by all. Now as a Government through the PNRR we have an opportunity to build sports facilities and we must pursue it. Thanks to Wanny because with this beautiful gift he brought young and old people closer to sports. Sport is good, movement is good; we discovered this especially during the pandemic and I hope this can be just the starting point “.
The Mayor of Florence then intervened Dario Nardella: “As soon as I opened my eyes and saw the sign Palazzo Wanny I was moved: for a mayor the greatest satisfaction is seeing the city transforming itself and growing and seeing that it does so through sport fills my heart; and thanks to Valentina because she is a sports woman who has always been close to Tuscany and Florence. Thanks to Wanny because he never gave up he always got up and his life is a story to tell: sports entrepreneur and above all a man of limitless generosity. A special thanks to the technical offices of the Municipality, for the great work. When we were at Wanny this idea came up – 4 friends at the bar – me, Vannucci and Wanny and in this “song” then many who believed it joined us. I hope this project is a warning because we mayors are victims together with the citizens of a bureaucracy that is too heavy, having succeeded was a miracle despite the difficulty of the procedures we have come to terms with. The suggestion that this polo can become the Coverciano of volleyball stimulates and excites me, this building is the demonstration of how there is no sport of Serie A and one of Serie B. volleyball has a great history, it is a great reality and it will remain in the future as well; there is no difference between amateur and professional sports: this will be the sports park of Florence after Mars with two indoor swimming pools, one semi-Olympic and one smaller, a velodrome, a rugby and American football stadium and a grand and park. I hope that every city has its own Wanny Di Filippo. Green, sport and social are the model for the whole country of Italy. “
The President of the Italian Federation was therefore involved Giuseppe Manfredi: “Thanks Wanny, we are always very interested in the projects of the Municipality of Florence. We took the European Championships of 2023 and we absolutely could not tell this story and so we will be at Palazzo Wanny with the second round and quarter-finals. It was the least that FIPAV could do to thank an extraordinary person like Wanny. Thanks also to Valentina: there is the state, there is the Municipality and there is Sport, this is how it must work.
Let’s put the projects on the table, we are available on the table, we are ready to do our part as a Federation. Today the long season starts with the first friendly match and it is the first outing of our Women’s National Team and it could not have been here “.
A comment also from Elio Sita: “Tonight I’m very, very excited; it was a very long, tiring journey made up of bureaucracy and commitment; after 16 incredible months, to follow everything and especially for Wanny with whom I share so much especially about sports for over 18 years as Bison and as Volleyball, I feel happy. In 1996 he told me: do we invest in the team or do we build on the city of Florence? The second Wanny, let’s do something that bears your name and today it is a great satisfaction for me but the greatest is to see Wanny here again and this for me for the best gift “.
Finally the protagonist of this dream has spoken, Wanny Di Filippo: “This is my party I’m happy with this work, I think I have done a fantastic thing for the city and for Florentine sportsmen and I hope it can be done in all Italian cities, but I think it will be a difficult undertaking, to find someone who wants to invest without wanting to, but since I have already said I would not want to be the richest in the cemetery, I chose this way. ”
At the meeting of the meeting Sandra Leoncini, councilor of the Women’s Volleyball League, gave a commemorative plaque to Wanny Di Filippo for having finished giving the city Palazzo Wanny, the new Casa dello Sport in Florence, then authorities and guests moved to the field for a photo with the national team. 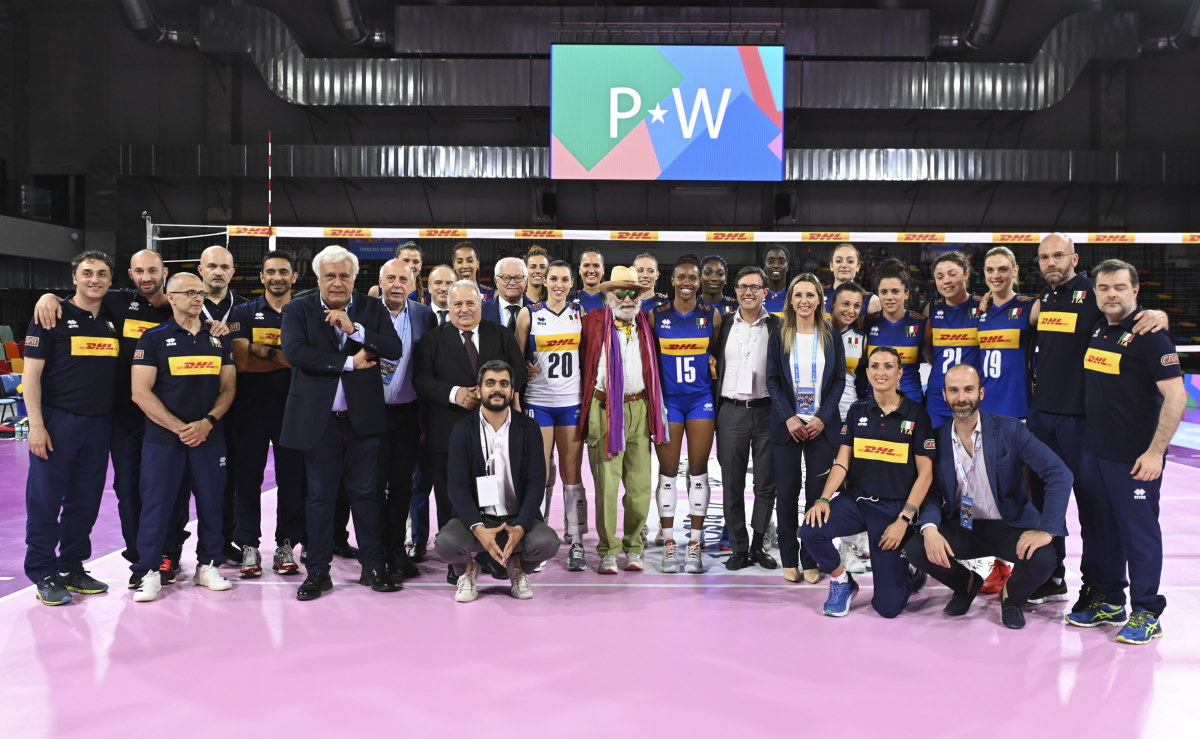