Judicial cooperation with Belgium: two bills adopted in the Senate 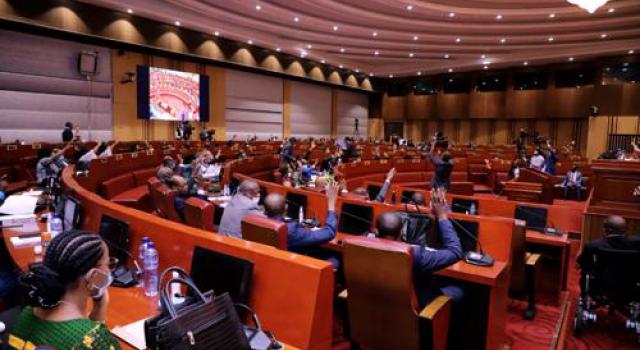 The plenary organized this Thursday, April 28, 2022 in the Senate was judged by a heated debate around the vote on two bills already examined, at first reading, by the National Assembly.

These include the draft law authorizing the ratification of the convention for the transfer of sentenced persons between Belgium and the DRC, as well as the draft law ratifying the mutual legal assistance convention between Brussels and Kinshasa.

The presentation of these two bills before the plenary was made by the Deputy Minister of Justice and Keeper of the Seals, Amatobe Bayubasire.

Before the adoption and the vote of these two texts of laws by the plenary, chaired by the president of the Senate, Modeste Bahati Lukwebo, the representative of the government answered the various concerns raised by the senators during the general debate on the bills of law. Concerns that have essentially revolved around the fear of escape of convicted persons, living conditions in prisons, respect for human rights, prison infrastructure and the nature of the trial.

However, the transfer of convicted persons to their countries of origin does not take place automatically. This can only be done at the request of the convicted person himself. And the country to which the request is addressed can, in all sovereignty, examine the case before authorizing or not the transfer of the person concerned, especially with regard, for example, to cases linked to sexual violence.

CHIO 5*? of Aachen – Belgium 2nd in the Nations Cup behind Germany

Princess Elisabeth very stylish to inaugurate a laboratory in her name