Sacral&Heart Yoga was created by Filipa Araújo, who left an architecture to pursue her dream of being a yoga coach and instructor.

Filipa decided to change her life at 32

Filipa Araújo traveled the world. She passed through Brazil, graduated in architecture, worked in London and in Portugal, but ended up returning to Portugal. Not always to do what she wanted, because she doesn’t feel happy.

“I couldn’t use my creativity and I could feel unmotivated”, explains the 34-year-old architect by training to NiT. After several years working at Santa Casa da Misericórdia, she decided to stop. “I realized I had to do it, take some time and try to figure out what I wanted to do. I was missing something.”

Practicing yoga for several years, it went from being a hobby that never made her feel better. “I have always been a person connected to my well-being. I always cared. It wasn’t something that came all of a sudden,” she notes. Looking for a better day to day, she asked for unpaid leave and got carried away.

question, the license coincided with the functioning of the pandemic, but even that did not stop it. She started by training as a health coach and the new teachings made her realize that “it’s all very connected to yoga”. So, he decided to also do a training course to get to know the other side. She was already a student, now she would be the one to pass on the teachings.

He packed his bags and went to Dubai for two months, which, unlike the rest of the world, was not closed because of the pandemic. She returned full of desire and started teaching classes in 2021, first privately, then to groups outdoors. Winter has finally arrived and the time has come to open a studio in Lisbon, in Laranj, to serve as a shelter for the classes she calls Sacral & Heart Yoga.

“I came back from Dubai super excited and can work more with women. First, because it is women who most request this type of service. Then because almost every yoga sequence that they created was almost all focused on the hips, opening the hips,” she says.

It is precisely in the hips, he says, that “we keep our negative emotions”. It is also a part of the body “very associated with sexuality, creativity and the feminine.” It also focuses on the pelvic area, due to its importance for women. “It is an area that requires a lot of reinforcement.”

Don’t think that Filipa’s classes are closed to men. They also use his services, but typically opt for private lessons, which an instructor offers, alongside group lessons. As classes “in this case are designed exclusively for the person”.

As facets of coach and yoga instructor, they are inseparable. Filipa tries “to help people get to know their body, their breathing, to understand what their needs are”, which, she says, go far beyond the traditional “food and exercise”. “We look at other dimensions like spirituality, relationships.”

By spirituality, it does not point to religion. “The spiritual has nothing to do with God or anything like that. It may just be a sunset impact, which can have a great spiritual impact. For others it may be going to church and praying. There is a connection of all these spheres that touch each other.”

Also because of this special care, Filipa Araújo prefers to keep the groups small. If the class is held abroad — usually at Keil do Amaral, in Monsanto — when the weather is inviting, groups can range from eight to ten people. If the class is given in the studio, it will be no more than six.

“I don’t like being able to have as many people as possible because. Of course that’s what private lessons are for, but not everyone can do them,” she says. “With small numbers I’m sure I can reach everyone, in case there’s a bad position, if someone has special needs.”

Regarding prices, you can take individual classes for 15€ (private ones cost 50€) or by monthly subscription: four classes per month costs 40€; eight lessons cost €60. If you prefer private support, you can have one private lesson per week for €160/month. Applications can be made by calling 919 615 729. 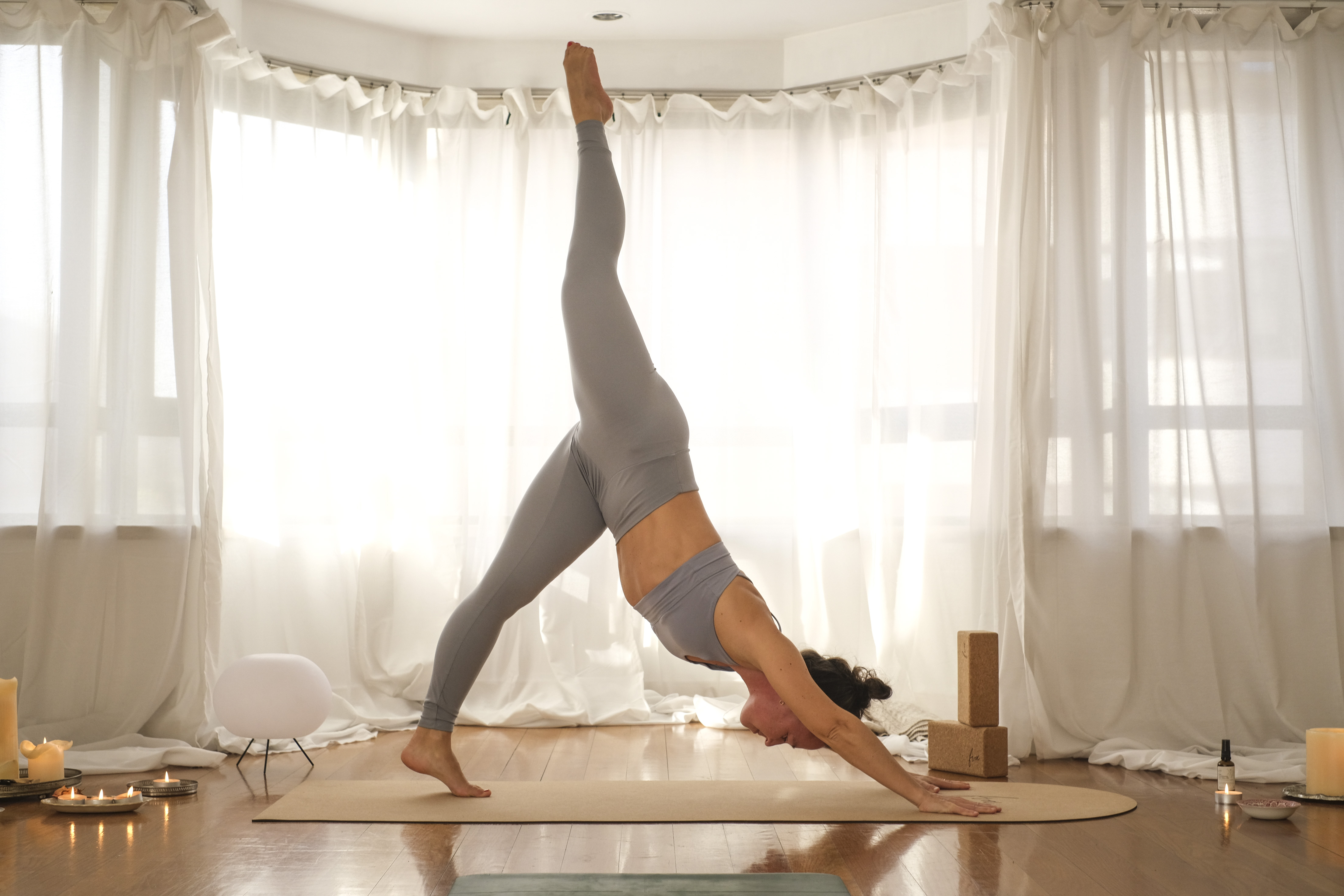 The architect by training is a yoga coach and instructor

Capital do Móvel returns to Lisbon next week with 40 companies

‹ Entry and residence of Ukrainian nationals in Austria › How can you get involved?