“A lot of desire and desire to do well in training”

Satisfied to see that his team is gaining momentum since his arrival on the AS Monaco bench, the Flemish technician gave his impressions to the press, two days before challenging Montpellier in Hérault (5:05 p.m.).

He is still undefeated since his arrival in the Principality! In charge of AS Monaco for more than two weeks now, Philippe Clément obtained with his men a great first victory at home last weekend against Clermont (4-0). A success that will have to be improved against Montpellier this Sunday (kick-off 5:05 p.m.), to hope to join the Top 5 of the elite again. In any case, this is what the new Monegasque coach wants, who spoke at a press conference. Extracts.

The progression of Alexander Nübel

For me, he is a great talent and he has the potential to become one of the great goalkeepers in Europe. And the goalkeeping coach has the same opinion as me. We’ve had two clean sheets in the last two games, so that translates into the results. He still has things to improve, but I’m confident. I find him really calm, when you see the lob he tries at the end of the match against Clermont (smile). For me it’s really important to create the conditions for a good understanding between the players, to have a good bond. I see him in training and I like it.

The choice of a game system depends on the players you have available and their qualities. I like to build a team in which the players can show what they can do, and not impose a pattern on them that they do not master. I want to have a team that is able to change the way it plays during a match, that looks for space and that attacks in numbers.

There are still a lot of things to improve with this team, you have to stay calm. I saw from day one that there was a lot of desire and determination to do well in training.

The versatility of Caio Henrique

He is a player who must play on the left side. But these last two games, some players were absent, and we needed to have an element like him in the heart of the game. He has technical and physical qualities to help out in this position. There is potential to improve these two plans in the group, but in a few weeks it will be better when we have recovered everyone. I speak with my players, and I make choices when I am sure that they agree to evaluate in this direction. Caio told me that he could succeed in 10, and besides, I think he gained confidence, since he registered his first but against Clermont, and in addition to the right (smile)!

🇧🇷💬 Caio’s first goal with AS Monaco and with the right foot please.

His opinion on Aurélien Tchouameni

He has great maturity for this age. He is a player who understands quickly and who does the things you ask him to do. He is one of the great talents in Europe in his position, and I hope he will evaluate as long as possible in our team. He anticipates very quickly what is going to happen, because he has a great intelligence of the game. And he is also very quick to direct the ball, to make the right choice, he has a good quality of passes. Now he plays a bit more in the defensive midfield position, so attacking stats are not his priority, although he is capable of playing in different positions. He adapts really quickly.

The group’s room for improvement

There are still a lot of things to improve with this team, you have to stay calm. I saw from day one that there was a lot of desire and determination to do well in training. I see the things that are asked in matches, but there is still a lot of work to do. I honestly didn’t think they were going to adapt so quickly.

We want to win every game we come into. We can’t be satisfied with being sixth right now, and we have to be ambitious. But that shouldn’t make us nervous, because you can’t achieve good things with negative pressure.

On the profile of Montpellier

It’s a team that has proven its qualities in the first part of the season, they are not very far behind us. We haven’t taken many points away from home lately, so it’s a new challenge for us. It’s a team with a very clear style of play, with a coach who works well. They won’t have their playmaker, Téji Savanier, but he will be replaced by another good player. We want to play our game, create lots of chances and score goals. We will have to be very strong to come back from there with the three points. 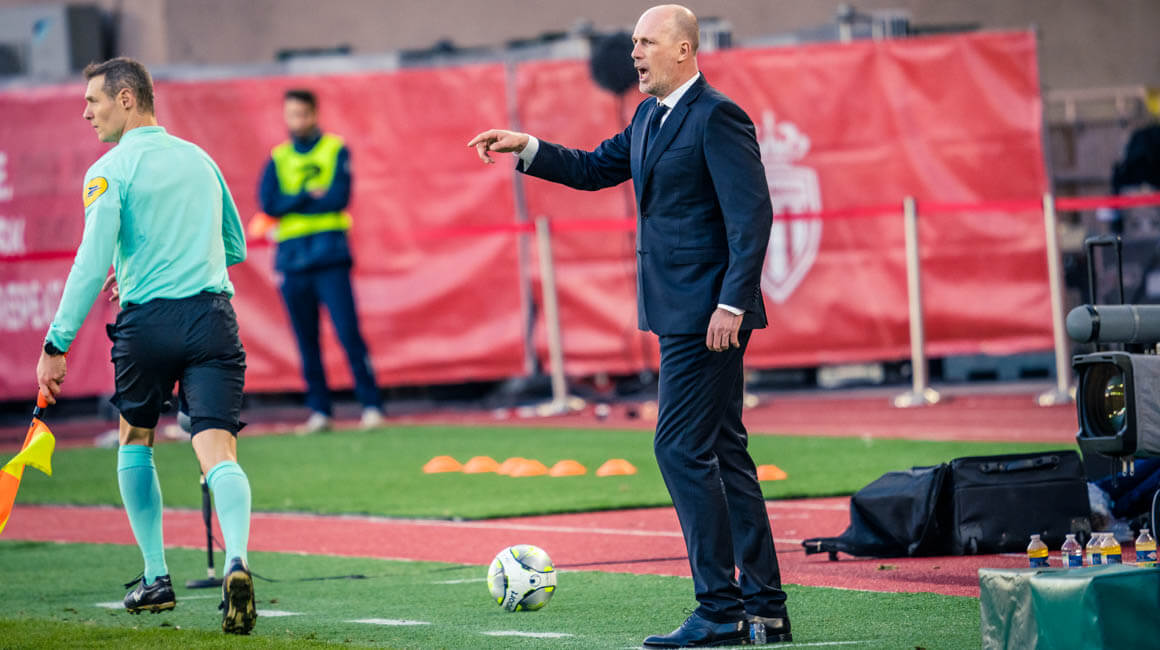 The top of the table

I don’t want to calculate. We want to win every game we come into. We can’t be satisfied with being sixth right now, and we have to be ambitious. But that shouldn’t make us nervous, because you can’t achieve good things with negative pressure. We have to play to improve our game, week after week. And when you improve, the points followed behind.

OM, Monaco, Rennes qualified for the Champions League if…

AS Monaco and Purnell unveil two limited edition watches at €340,000

‹ “The game of love and chance” in Frankfurt: As the fathers want it › Covid, Dentists Florence: “Activated with the Region to restore rapid tampons”