What to do in Verona and its province: the events of the weekend of 22 and 23 January 2022

A wide selection of events not to be missed for the upcoming weekend.

Numerous events not to be missed this weekend of Saturday 22 and Sunday 23 January 2022 in Verona and in the province.

What to do in Verona and its province

If you are still undecided on what to do this weekend, there are numerous opportunities in Verona and its province.

Piazza Bra – “Cribs from around the world in Verona”

Do not miss the historical review of the “Cribs from the world in Verona”, with its symbol, the Comet largest in the world, installs in Piazza Bra.

The exhibition, scheduled until 23 January 2022, given the continuation of the restoration works at the Roman amphitheater, is set up for the third year in the Gran Guardia, while maintaining its spectacularity and charm.

Until 2 October 2022 it is open to the public, in the room dedicated to the temporary exhibitions of Archaeological Museum at the Roman Theater, the new exhibition “Ancient vases” curated by Margherita Bolla.

The exhibition is dedicated to the enhancement of a collection of the Archaeological Museum not normally exposed to the public, which can be admired for one year. 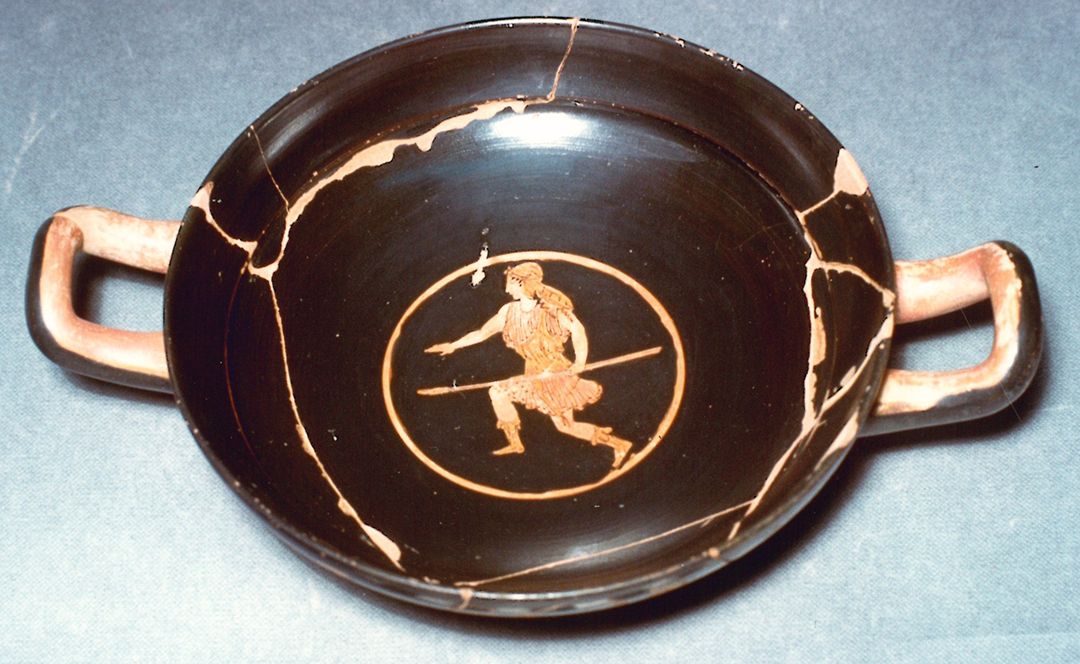 “The animals of Christmas. Winter life in our mountains”. This is the theme chosen for the new temporary exhibition set up at the Natural History Museum, visible until January 30th. A real voyage of discovery of particularities and animal characteristics that populate our mountains, with the support of scientific products which, for example, explain the phenomenon of the fannotargo and the species that use it to survive the winter cold. 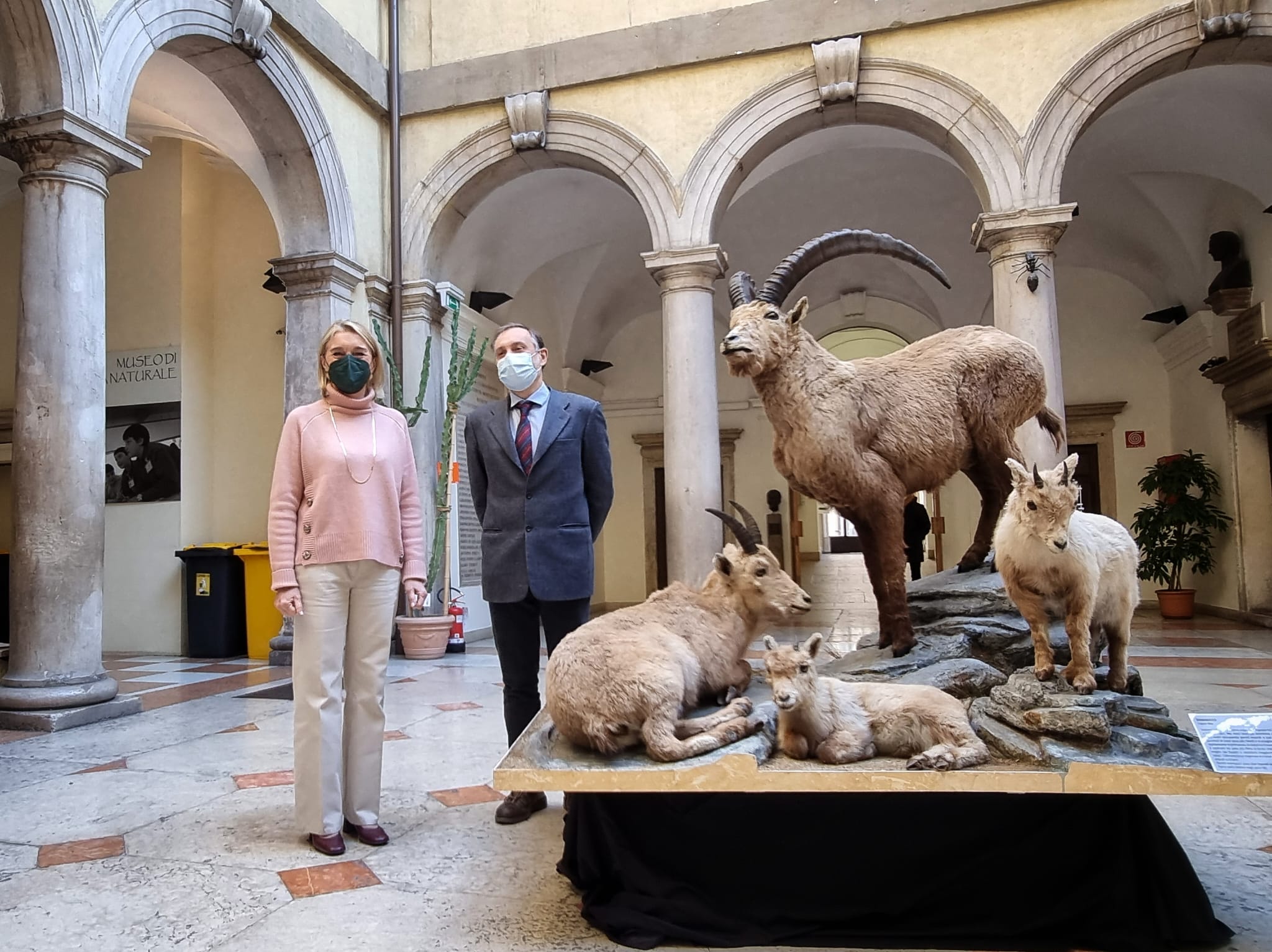 Castelvecchio Museum – Return to representation. The watercolors by Francesco Arduini

As part of the initiatives for the centenary of the birth of Licisco Magagnato, until 6 March 2022, in Sala Boggian you can admire the exhibition. The 60 watercolors donated by Francesco Arduini in 2021 for the Cabinet and Prints of the Castelvecchio Museum, in memory of Licisco Magagnato (1921-2021).

The origins of works of delicate suggestion, according to the Veronese artist, constitute a resumption of representation and “a return to after the long production of abstract art” and find, in watercolor, the ideal medium to restore an “unusual chromatic and tactile density in the report to the consolidated translation of this technique “. 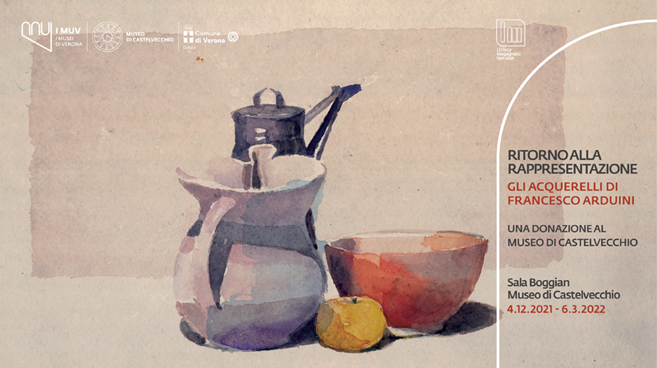 The title introduces two key elements for the birth of the GAM: the passion for art and vision as characteristics of the foresight of four characters who were fundamental for the formation and development of the collections of the Gallery of Modern Art and its identity. Ugo Zannoni, Achille Forti, Licisco Magagnato, Giorgio Cortenova.

A story, through over 150 works in the collection, which unfolds over about a century, from the end of the nineteenth century to the end of the twentieth century, to get to witness the history of an institution, but also that of its city and the social context of its promoters. The works of the civic collection are joined by important loans from museum institutions, “Guests out of the municipality” from civic and national museums, from private collectors and artists. 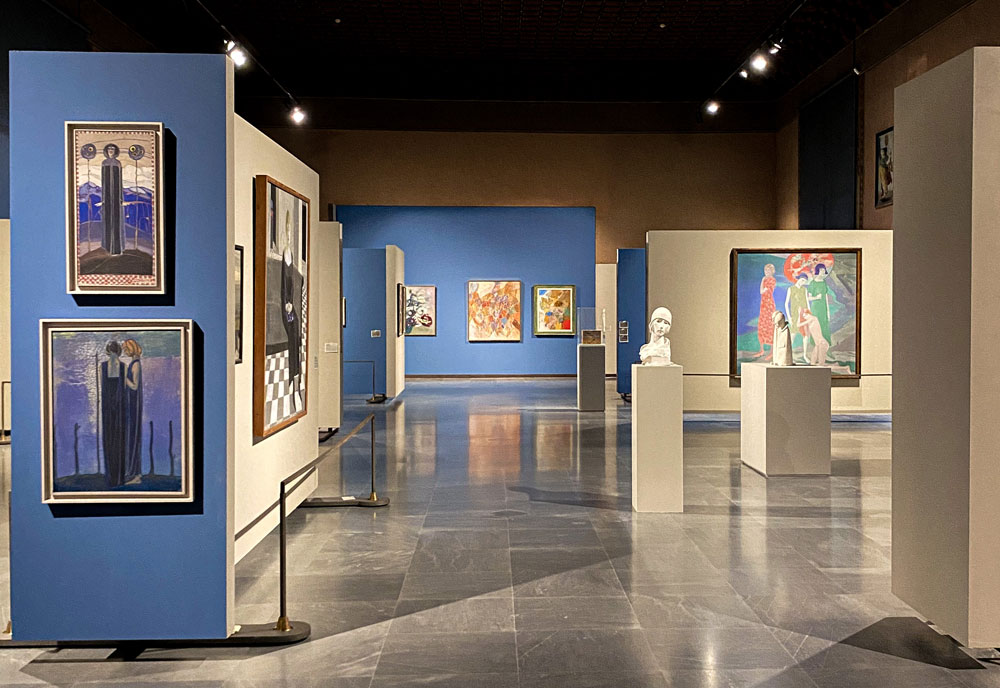 The Covered market of Campagna Amica in Verona in the city center, organized by Coldiretti farmers. Products and seasonal products, the best of Veronese agriculture, but also direct experiences through workshops for adults and children, tastings led by producers, lessons for fresh schools and taste experiments in the Filippini district, in via Macello 5 / a, a few steps from Piazza Bra. The market will be open every Saturday and Sunday from 8.30 to 13.00. Children will be able to relive the experience of pressing grapes as it once was thanks to a workshop dedicated to them. 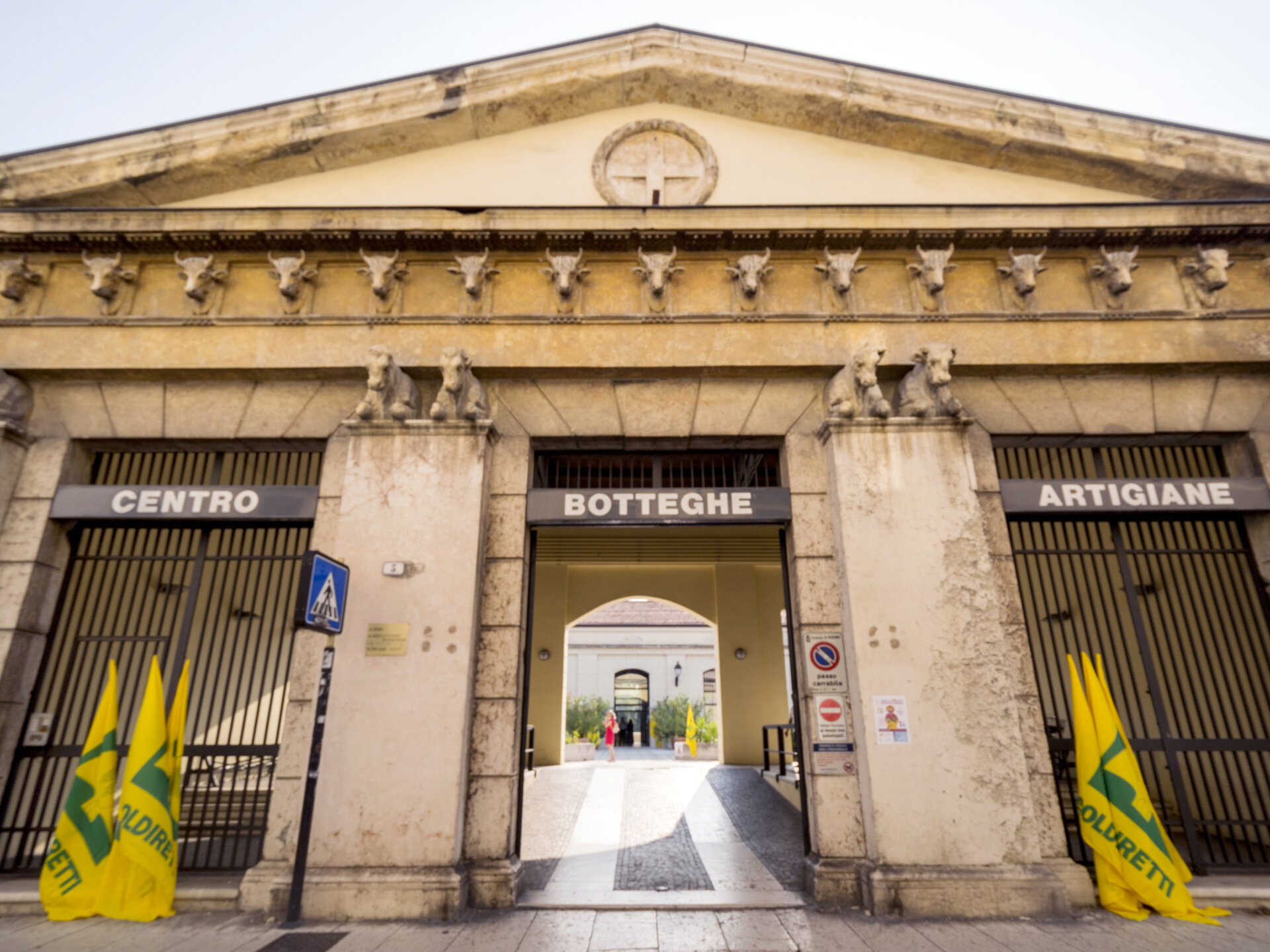 Castelnuovo del Garda – Gardaland Sea Life
Immerse yourself in the evocative atmosphere of Gardaland SEA LIFE Aquarium, the themed Aquarium that offers a journey to discover the most beautiful creatures that populate the fresh and salt waters of the entire planet, from Lake Garda to the depths of the ocean.

Open every weekend from 10 to 16, thanks to large windows, transparent domes and an underwater tunnel, you will make encounters through close-ups with over 5,000 breathtaking creatures of a crossing of different species. 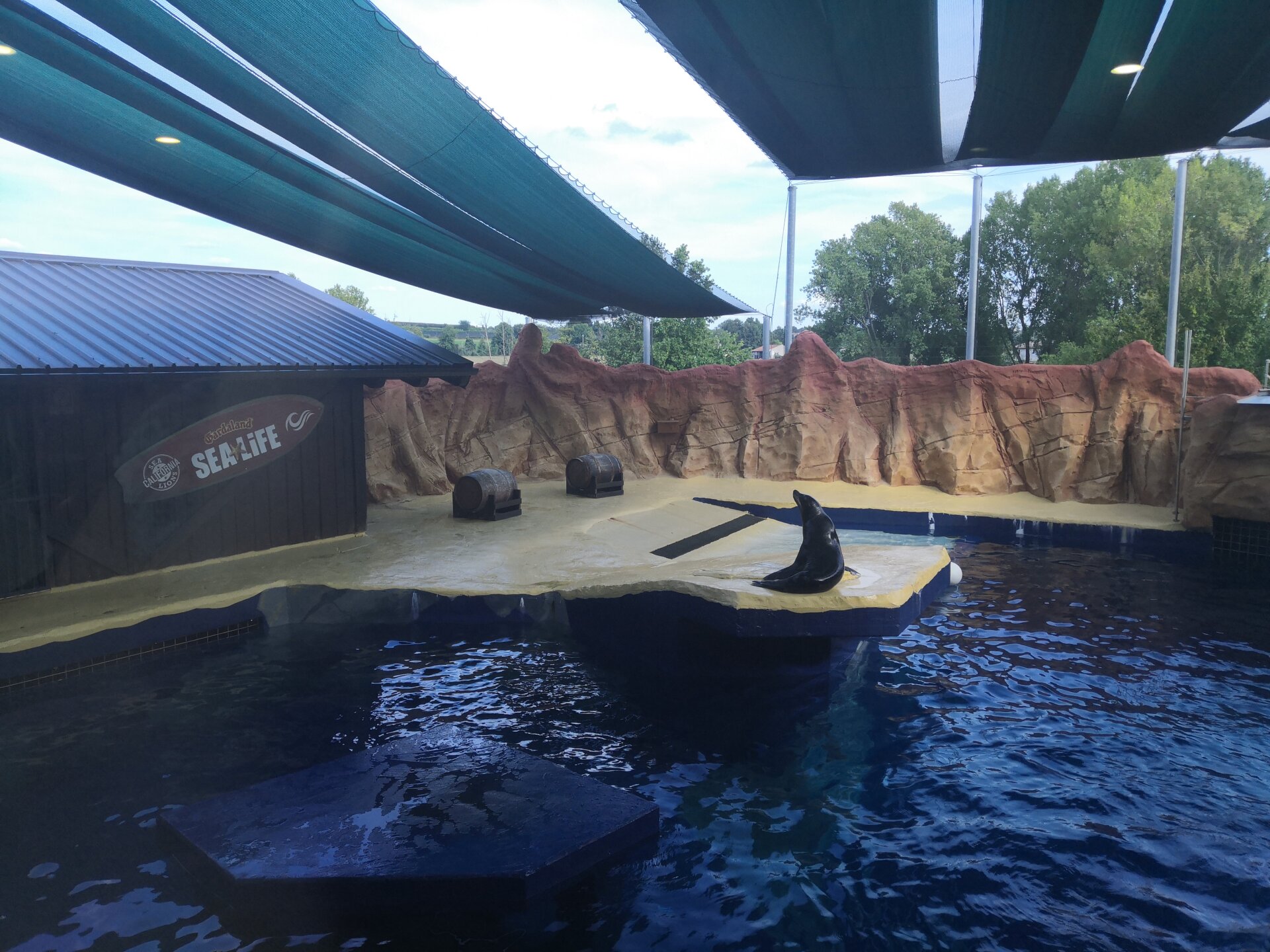 Verona, sexy blackmail of two priests: “Money or we spread messages and photos”

‹ employment returned to Toulouse but will there be enough arms? › 36 cars collided on the D5 motorway near Žebrák in the morning. Operation resumed after eleven hours iROZHLAS