36 cars collided on the D5 motorway near Žebrák in the morning. Operation resumed after eleven hours iROZHLAS

“We have a mass accident, according to preliminary information, about forty vehicles. They affect all components of the Integrated Rescue System. Crashed vehicles are spread on the highway over a section of about 150 meters. Of course, vehicle crews move there. IRS units are trying to resolve the situation as quickly as possible. We are diverting traffic to exit 37, the detour route is on the second class road 605, it is a descent to Žebrák – Zdice, “Vlasta Suchánková, a spokeswoman for the Central Bohemian police, described to the iROZHLAS.cz server.

At around four o’clock in the afternoon, the police came to resume traffic in the Pilsen lane. The convoys of assembled cars began to shrink at that time.

At 5.30 pm, ten trucks and five cars remained out of the original 36 crashed. Firefighters used heavy machinery to eliminate the consequences of the accident and tore apart the crashed vehicles.

According to the spokeswoman of the Central Bohemian rescuers Petra Homolová, there were two wedged people on the spot. “Everyone should be out of the car. So far, according to initial information, there are five injured people on the scene, “she told Radiožurnál.

Rescuers later said six were injured. “We took three slightly injured to the Hořovice hospital for surgery, we will transport two with a moderate injury to Prague, because the road is now closed,” Homolová told ČTK. One person was treated on the spot.

Rescuers transported one wounded man by helicopter and one by ambulance to the hospital in Motol, Prague. “Most likely, they are both out of danger of life,” Pavlína Danková, a spokeswoman for the Motol hospital, told ČTK. One of the air transported patients was, according to information at twitter Central Bohemian Rescue Service transferred to the Central Military Hospital. ÚVN spokeswoman Jitka Zinke told ČTK around 5 pm that the injured person underwent all necessary examinations and was released home.

In addition to Central Bohemian firefighters, their colleagues from the Pilsen region also intervened in the accident. According to fire brigade spokesman Petr Poncar, these are “units from Rokycany and JSDHO Zbiroh”.

Firefighters have sounded a second alarm. “11 units intervened on the spot, including assistance from colleagues from the Pilsen region. The survey found that there was a collision of 22 cars and 14 trucks, “described the Central Bohemian fire brigade.

The site was divided into three sections. “We called the evacuation bus for the event, which provides uninjured participants with thermal comfort in an accident,” they added.

The police are investigating the causes of the accident; according to police spokeswoman Vlasta Suchánková, it cannot be ruled out that the worsening weather conditions are to blame. “At that time, a blizzard swept through Central Bohemia, it can also have an effect. We will find out how the first accident happened and what the time series of other events was, “Suchánková told ČTK.

Units HZS Beroun and Hořovice and SDH Komárov and Zdice went to the place. At the same time, they were about cooperation with firefighters from the Pilsen region. According to initial information, there was a collision of about 10 trucks and 15 cars. The motorway in the direction of Prague is completely closed. We are finding out the details. https://t.co/blmXdZ8J2g

Police used drones to monitor the site. According to Suchánková, it was not possible to estimate when the site would start operating again.

According to Jan Rydl from the Directorate of Roads and Motorways, it was snowing heavily at the time of the accident. “Towards Prague at kilometer 33, there was an extraordinary but really strong snowfall from one cloud. However, we have been following this cloud from Germany and in time and in advance we have carried out the so-called backfilling. However, due to the extraordinary crash, which can really be called white darkness, the drivers did not adjust their speed, “he described to Radiožurnál. 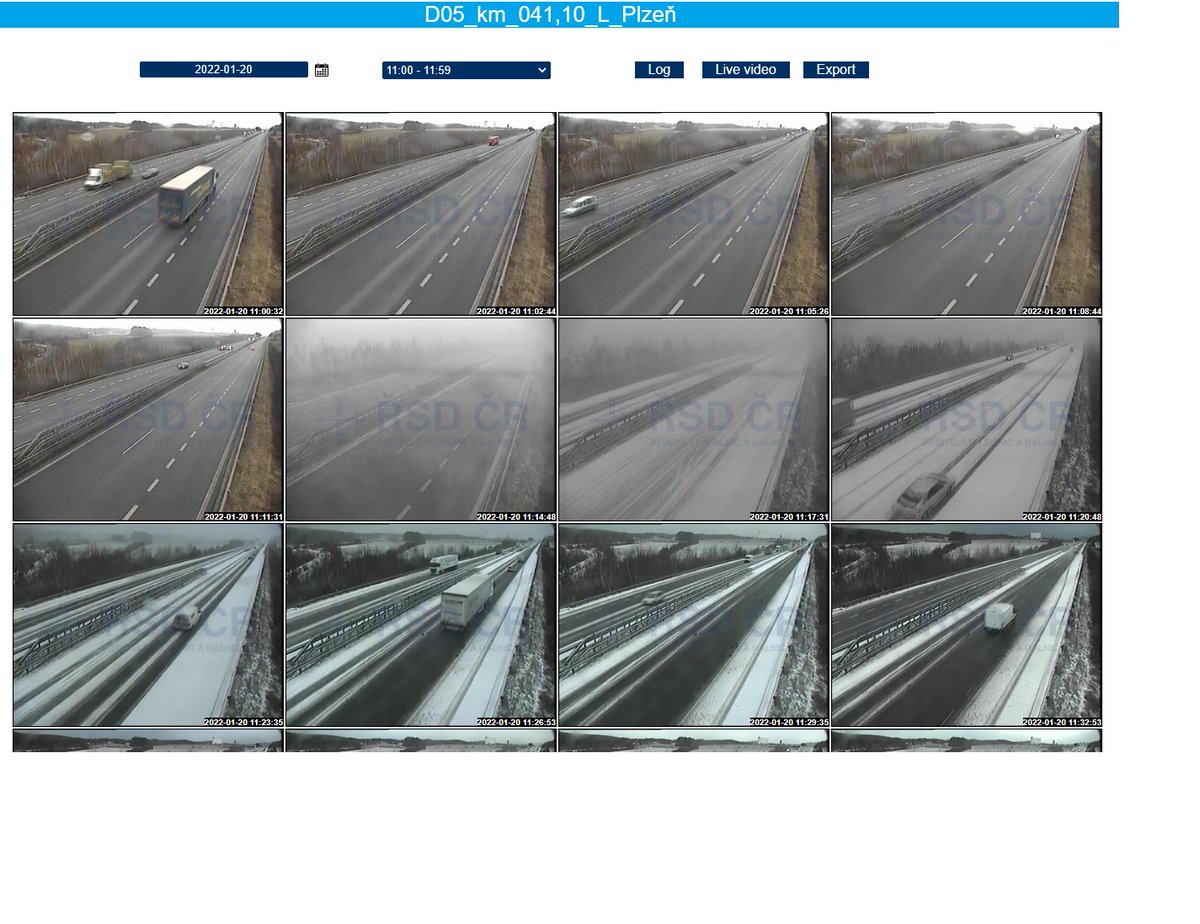 The D5 motorway was initially impassable in the direction of Prague, shortly after noon it was closed by police completely due to the landing of rescue helicopters. Police diverted traffic after Exit 37 on Second Class Road No. 605.

The D5 was fully passable in the direction of Pilsen before seven o’clock, the police informed. From 22.20 it was fully operational.

“Currently, we have already fully cleared the D5 motorway in the direction of Pilsen. The direction to Prague is still closed due to the liquidation of the consequences of accidents and towing of vehicles. “28 vehicles have already been removed from the highway,” said police at 6:55 p.m. twitter.

‹ What to do in Verona and its province: the events of the weekend of 22 and 23 January 2022 › The D5 in the direction of Prague is impassable after an accident of almost forty cars. He goes to Pilsen in one lane – ČT24 – Czech Television