A new step of unity is the Pope’s visit to Athens – He welcomes him tomorrow at El. Venizelos Dendias

The meetings and the “return” to Lesvos

Five years after his first visit, Mr. Pope Francis, “Returns” to Athena, following her path unity and love, as he himself stated referring to tomorrow his historic visit to Athens. With an honorary welcome, from the Minister of Foreign Affairs Nikos Dendia, in El. Venizelos and with many important meetings with representatives of the state and political leadership, but also of the religious, the Pope Francis will once again put the seal of unity and harmonious coexistence of the Church.

The visit of her predecessor Of the Catholic Church was designed with every detail for months and the Athena has been ready for a long time to welcome him at any cost.

From tomorrow the capital will change rhythms. They have already been announced strict measures to protect the Pope, but also policing, with over 3,500 police officers to be recruited, while rallies have also been banned. Beyond policing and strict guarding measures, the Pope accompanied by numerous guards from the Vatican, while he does not travel with the special vehicle that offers his visits to other countries, which allows him to greet the crowds.

In fact, the pope will complete Lesvos for the second time, where he will be in the new refugee structure. Sources of the Holy Synod of the Catholic Hierarchy of Greece report to “P” that the Pope’s visit to Greece is considered a celebration and unity event for the whole catholic community: “The presence of the pope will revive their faith and rekindle their unity, which is also its foundation, what constitutes them in the body of Christ. “Especially for young people, the pope’s visit was a call to faith, an invitation to rethink the gift of the Gospel and the new life in Christ.”

He will receive Pope Francis at El. Venizelos is the Minister of Foreign Affairs Nikos Dendias. His presence will take place at 11:15 in the morning and will be followed by a private meeting in the airport hall.

More than 3,500 police officers are recruited in Athens

In full mobilization is the Police, in view of his visit Pope Francis in Athena.

Since Saturday he has planned strict security and traffic measures, while due to the visit there will be ban on rallies.

For the implementation of the measures will be allocated over 3,500 police officers, all services and especially the Traffic Police, which has the responsibility to ensure the smooth and fast movement of Pontiffs in the visits that his program has.

The announcement of the Police

The above prohibition is imposed as there is a serious risk to public safety and a serious extension of socio-economic life is urgent. in this area, in view of the official visit to our country of His Holiness Pope Francis and his planned moves – visits to the greater Athens area, taking into account the announced gatherings, ie. a) gathering in Eleftherias Park (Metro station Megaro Mousikis) at 16:00 on 4-12-2021 by the Sanitary Network “against the mandatory” and b) rally in Syntagma Square at 17:00 on 4-12-2021 “against compulsory vaccination”.

The … return of the Pope

In April 2016, the Pope Francis’s first visit to Lesvos, where his historic meeting with him took place Ecumenical Patriarch Bartholomew and the Archbishop of Athens and all of Greece, Jerome.

Five years later, the Pope Francis is coming to our country again and will follow a rich program of meetings, among others, with him Archbishop Jerome, the President of the Republic, Katerina Sakellaropoulou, and Catholics living in Greece.

THE Pope Francis from Cyprus, where he found the previous two days that will go to our country, until December 5. With the papal flight, starting from Rome and destination Cyprus and then Athena, 79 journalists will travel, 73 from international media and six from the Press Office of the Holy See. 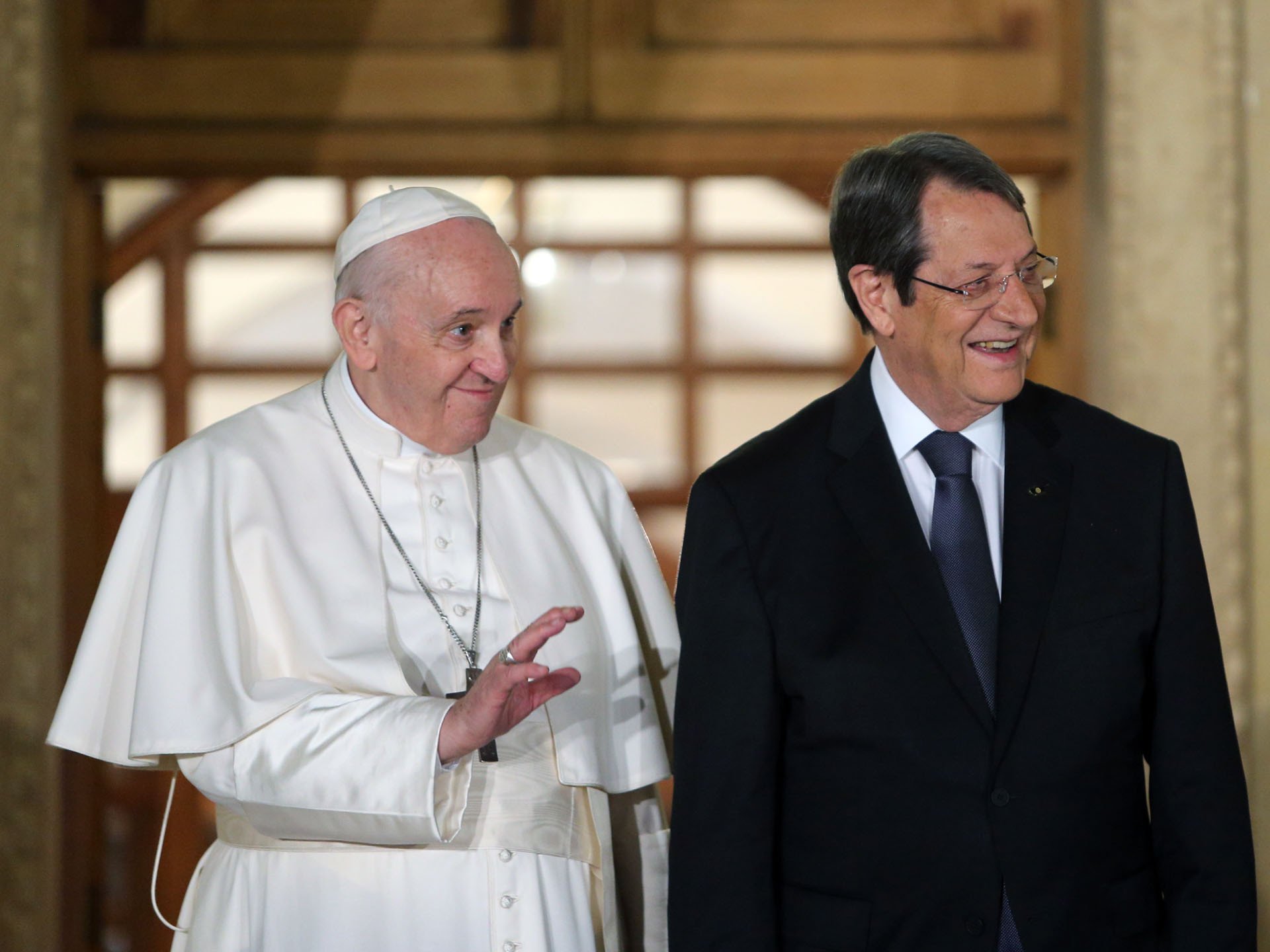 The journalists will come from the following countries: Argentina, Venezuela, France, Germany, Switzerland, Greece, USA, Japan, Ireland, Spain, Italy, Korea, Cyprus, Great Britain, Poland, Romania and Russia. The Pope will arrive at the international airport “El. Venizelos “next Saturday morning, at 11.10, where his official reception will take place. This will be followed by a welcoming ceremony at the Presidential Palace and at 12.15 the ceremonial visit to the President of the Republic.

The Pope’s program and meetings

At 12.30 the Pope will meet with Prime Minister Kyriakos Mitsotakis at the Presidential Palace, followed at 12.45 by a meeting with representatives of the Authorities, the Local Government and the diplomatic corps.

In his program he follows visit to Archbishop Ieronymos, at 4 in the afternoon, in the throne room of the Archdiocese of Athens.

In the course of the day, Pope Francis who has contacts with bishops, priests, members of solitary orders and the Dedicated Life, seminarians and catechists of the Catholic Church in Greece, at the Holy Cathedral of St. Dionysios Areopagitos of the Catholics.. At 18.45 will follow a private meeting with members of the Brotherhood of Jesus in the Apostolic Nunciature.

The next, the pope will complete the Lesvos Reception and Identification Center, in Kara Tepe, where a prayer will be answered. There he will be welcomed by Mrs. Katerina Sakellaropoulou.

Speaking to “P”, the deputy commander of Kara Tepe, Dimitris Bafeas, stated that he feels joy and honor for his visit. Pope Francis, emphasizing that the island of Lesvos is a symbol for the Refugee. “Etiquette and its Security have come twice, who have indicated a specific route that he wants to follow in the area of ​​the Center. A platform will be placed inside the structure, on the sea side, from where he will deliver his speech “, said Mr. Bafeas.

After his return to Athens, A Divine Liturgy will be performed at the Athens Concert Hall, at 16.45, and the same afternoon will follow the ceremonial visit of Mr. Jerome in the Apostolic Nunciature.

On Monday, before leaving Athens for Rome, The Pope will meet with the Speaker of Parliament, K. Tassoula, and will be followed by a meeting with young people at Public School of the Hellenic French School of Ursulines, in Maroussi. The general director of the Hellenic French School for Primary and Kindergarten, Dimitra Prelorenzou, told “P”: “Pope Francis usually goes to a country and meets young people and teenagers and we are very happy that the place that will host this event is our school.. In the courtyard where there are High School and Lyceum students from schools all over Greece. Inside the theater where the meeting will take place which will be a certain number of young people. The event at the school theater will last about an hour and would include the pope’s speech and testimonies of young people.

Follow parapolitika.gr at Google News for immediate and valid information.

With dynamic rallies in Athens and Thessaloniki, the struggle of the artists culminates – The Press Project

Athens: Light and darkness in an eternal battle