This is expected of him. A tough and accurate call in the power play, where Tomáš Vincour (31) has a marked area in front of and around the goal. His shot at 3: 2 jingled on the top bar and became a battle with the Knights. At that moment, everything fell from the sleeping shooter. “A great relief for me personally,” the experienced comet forward did not deny after the victory over Jagr’s retinue.

He doesn’t have a season from which he could be untied. Nevertheless, the Brno coach Jiří Kalous, who requested his stay in the team after his summer start, continues to trust him and puts Tomáš Vincour on the first power play. “He has a great shot, he can hit the slot. He finally put it through. We have faith in our player, “Kalous relieved himself after the attacker’s fourth shot of the year.

The second third did not suit you. Did you get a little driven for the score 2: 2?
“After the first period, which was good on our part, the second came. That was terrible. We were unnecessarily nervous and worried about the result. In the locker room, we told each other to calm down. Thanks to powerlifting and the fact that we followed the system, we returned to the match and got it on our side. “

Just. Would you be able to win without numerous benefits?
“We would go for a goal and three points anyway. We knew that if we played as in the first period, we could rewind the match. “

When you hung up at 3: 2, you were relieved. Is it taken?
“Of course. Great relief for me personally. I had plenty of chances from that place and I didn’t like it there. I believed it would break one day. I’m glad it worked out in such a match and my goal helped the team to start. Behind that is the excellent work of the whole five, which was on the ice. “

Your five-on-four role is downright shooting, isn’t it?
“Yeah, there’s a power play. That’s what the coach wants. The last five years have been the same, nothing has changed. We know what we are playing and what will happen. I’m there to keep myself ready for a shot and try to fight it. One never knows when it will come. We have great players for this, whether Kika (Michal Krištof) or Holas (Petr Holík). They can play it by looking somewhere else and giving it to me anyway. “

So far, you have scored eight points for four goals and four assists. Did you expect more from each other?
“He was waiting, of course. I mainly want it to be won. We are not doing very well yet. “

Two wins, two losses and two wins again. Your performance is still unstable, isn’t it?
“We said ours after Hradec. Then we played great matches in Liberec. Before Kladno, we knew we had to make a string of victories. The table is packed and the Comet cannot be in thirteenth place. We can’t afford to play downstairs. It is not possible! We have to hit the bullet and beat each other. “

Did you notice Jaromír Jágr, who didn’t get into the game this time?
“I think Jarda is still visible when he has a puck. Together with Pleky (Tomáš Plekance) there are personalities of Czech hockey. One has to keep an eye on them and make them uncomfortable. ” 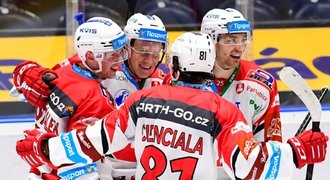 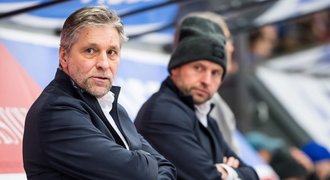 ‹ A new step of unity is the Pope’s visit to Athens – He welcomes him tomorrow at El. Venizelos Dendias › How Amsterdam becomes green and affordable with ‘donut thinking’