Monaco, 4th Big 5 team to perform the most sprints

According to the latest weekly newsletter from the Football Observatory (CIES), the Principality club is the 4th formation of the five major championships which has accumulated the longest distance covered in sprints on average per match. Explanations.

A great riot of energy. While AS Monaco remains five points off the podium in Ligue 1 and simultaneously dominates its group in the Europa League, Niko Kovac’s men have spared no effort since the start of the season. In addition to having four more European matches than all the other French participants in the European cups, the Red and Whites maintain a very high level of physical performance on the continent, as in the league.

Best Ligue 1 club on this stat ‘

The proof. According to latest study from the Football Observatory, AS Monaco is the Ligue 1 club that performs the most sprints on average per match, and the 4th in the Big 5. The CIES, specialized in the statistical analysis of football, specifies as well as according to the compiled figures, the Ruben Aguilar’s teammates complete 1.89 kilometers in sprints per meeting in the top flight. That’s almost 300 meters more than the championship average (1.60). A repetition of high intensity efforts, which characterizes quite well the generosity of our Monegasques.

In this ranking, AS Monaco is in any case very close to teams like Leeds of Marcelo Bielsa (2.23 kms / match), Athletic Bilbao (1.99) or even AC Milan of Stefano Pioli. (1.91), current Serie A co-leader. The teammates of former track sprinter Gelson Martins are also ahead of Bayern Munich in particular (1.85), the most successful team in this field in the Bundesliga. In the technical detail of the study, Football Observatory specifies that a sprint is considered a race performed at> 7.0 m / s or from 25.2 km / h.

Here is the proof that our Rouge et Banc do not spare their debauchery of energy during the matches. 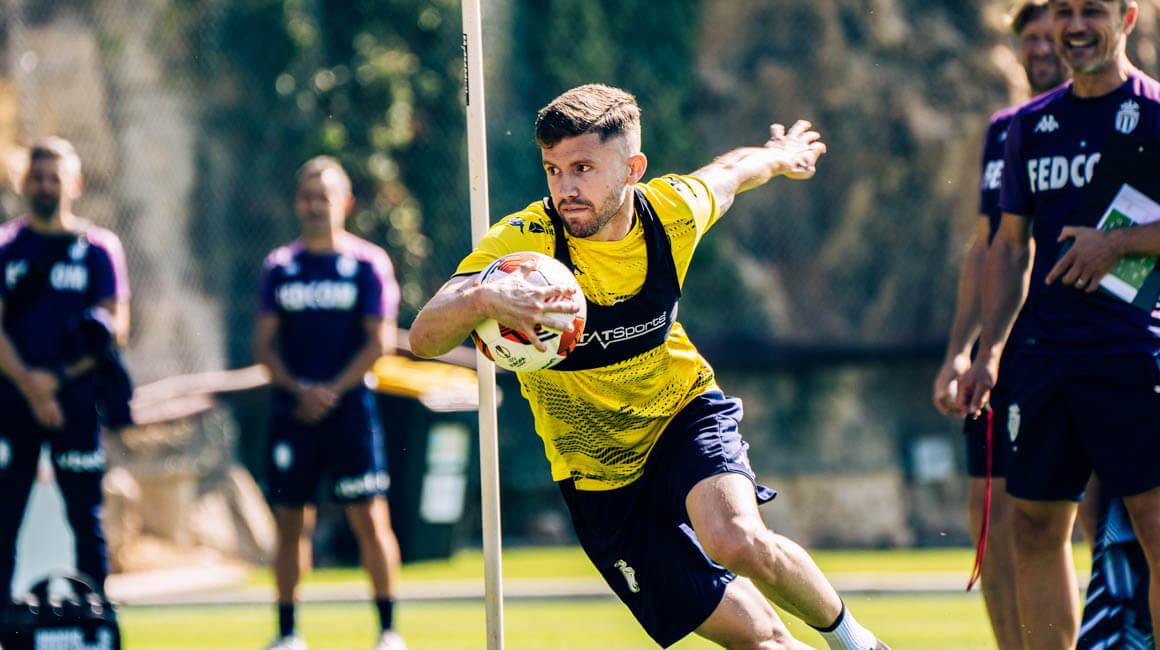 The immense frustration of Charles Leclerc

Football Monaco – After Minamino, Monaco rushes on a track at 20 ME!

How much is Benjamin Lecomte now worth on the transfer window?