From flop in the Netherlands to the Italian national team: ‘It is super handsome’ 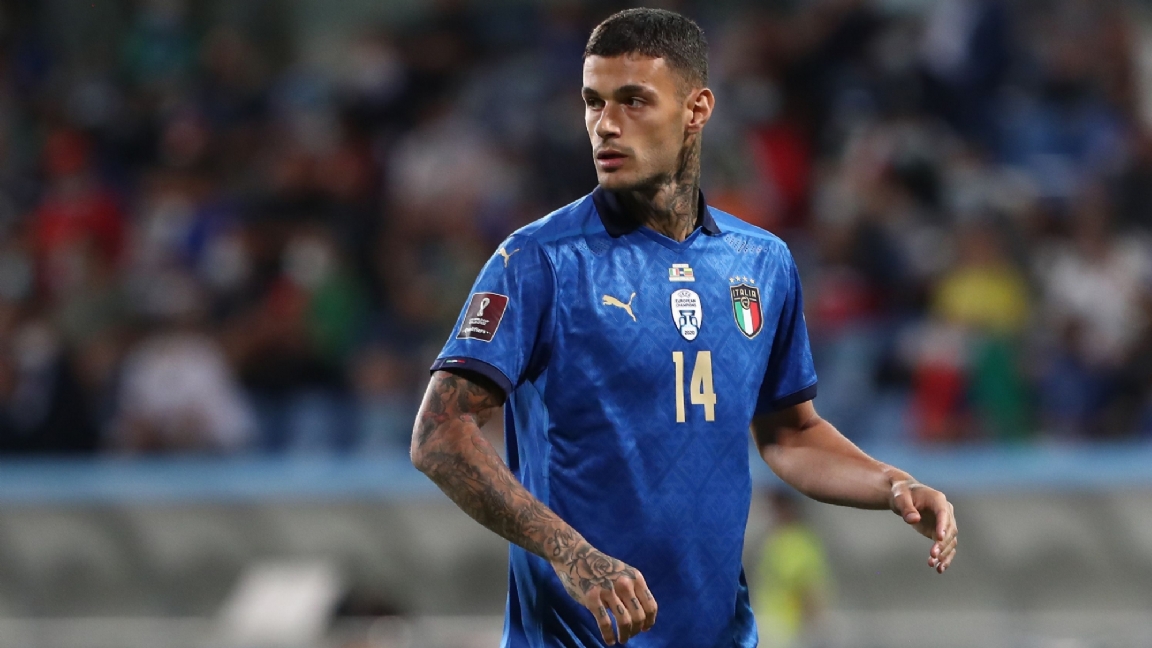 Gianluca Scamacca is once again part of the national team of Italy this international period. The 22-year-old striker of Sassuolo was appointed by national coach Roberto Mancini as the replacement for the injured Ciro Immobile and hopes to score his first international goal after his debut in September, although he was able to stay on Friday during the World Cup qualifier against Switzerland (1-1). 90 minutes on the reserve bench. These are special milestones for Scamacca, who made two unsuccessful passages in the Netherlands earlier in his still early career at PSV and PEC Zwolle.

Maarten Peijnenburg had heard of him before Scamacca arrived in Eindhoven. How did that come about? A few months earlier, the asset to the PSV youth academy was a topic of discussion in the program Football Inside. René van der Gijp cried out when he saw match footage of fifteen-year-old Scamacca. With his 1.96, the striker was a lot bigger than his peers at that time. “That will be a whopper. He will eventually be 2.37 mark my words. Yes, good man. He can no longer take a shower,” laughed Van der Gijp. “Look, we must have this! He is unstoppable! In home games, he plays on his knees. Look, look, look! Buy that guy! Doesn’t matter how expensive it is!”

“You had videos with Van der Gijp, I still remember that. That he was three heads taller than everyone else at AS Roma. He became a bit connected with Ibrahimovic,” says Peijnenburg in conversation with soccer zone. Scamacca signed a three-year contract with PSV in January 2015, shortly after his sixteenth birthday. At AS Roma he did not have enough prospects to break through, later he was offered in the Netherlands through partners of his agent Dario Paolillo. PSV had seen him at work before and started to happen, this morning to the fury of AS Roma. Bringing in Scamacca was once seen as a big stunt, there also spoke with Ajax and was started by several European top clubs.

“He was brought in as a great talent. That’s what he looked like: tall, strong, good shot, technically in order. He also regularly had his moments, when he gave out an elbow. If he wasn’t on, he couldn’t respond. It was not that bad in training, especially in matches,” says Peijnenburg, who played in the PSV youth academy for eleven years and now wears the FC Eindhoven shirt. He says that Scamacca was generally more on his own at PSV. “I was more into it with Sam Lammers and Yanick van Osch, so I didn’t hang out with him that much. I think he had a bit of trouble with the Dutch language and feeling at home here. He couldn’t make himself understood very well. If you don’t speak the language very well, it will also be difficult to feel at home somewhere.” 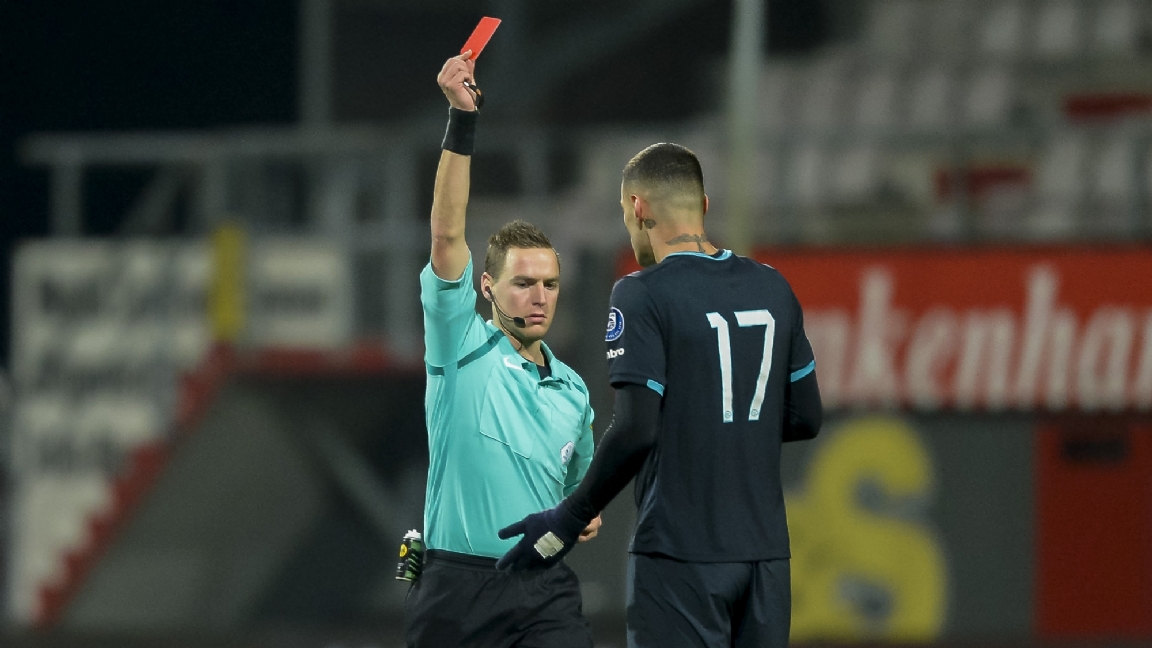 Scamacca receives a direct red card in one of his three matches with Jong PSV, against FC Emmen. At that point, he had only been on the field for three minutes.

Peijnenburg attended Viareggio’s youth tournament in 2015 with Scamacca in his home country Italy, but those were one of the few matches that the striker played for PSV Under 19 in his first year and a half in Eindhoven. “We had Sam in the lead. To be fair, he was better and more complete than Scamacca. I would rather play with Sam in striker than with Scamacca. We are also of a certain kind of striker in the Netherlands. We really like a combination, a striker who plays football. He liked to have the ball at his feet, to make an action and shoot. He was always really looking for the shot and the goal, I think that’s a bit Italian. If you had put Inzaghi in the Netherlands, a lot of trainers would have said: ‘I don’t think he is good enough in possession’. That’s why maybe he didn’t really come through, Sam was also very good in the combination. That was the point he was ahead of Scamacca”, explains Peijnenburg. The now 24-year-old center defender occasionally fought direct duels with Scamacca during the PSV Under 19 training sessions.

“He was big and strong, but I didn’t know how best to use his body. In the Netherlands, the game is played very differently than in Italy. He wasn’t much of a cue, despite his height. You could play him well at that time, it wasn’t that you couldn’t get the ball. He certainly had talent and qualities, especially on the ball I thought he had good technique for someone of his height. But something still had to be done.” After Lammers was moved to Jong PSV in the summer of 2016, Scamacca did not always have a base place in the Under 19 in a competition with Joël Piroe. Before he returned to Italy after two years, he made his debut with Jong PSV. in professional football. But Scamacca did not reach the U23 team of the Eindhoven team further than 35 minutes of play, divided over 3 substitute innings and a direct red card.

“After how many years did he leave?” Peijnenburg wonders. “After that I kind of lost track of him. I know he went to Sassuolo. But if you asked me, I wouldn’t really know where he plays now.” Sassuolo – still the employer of Scamacca – took him over from PSV for five hundred thousand euros and a resale percentage. A year and a half, a loan spell at Cremonese and successful European Championship with Italy Under 19 later, the striker was back in the Netherlands, when PEC Zwolle, together with his team- and compatriot Alessandro Tripaldelli, rented from Sassuolo on the last day of the transfer. Gerard Nijkamp, ​​technical director at PEC, spoke of ‘a boom of a striker, strong and with a nose for the goal’. “They are two talented players, who have emerged for many years for the representative teams of Italy. The youngsters have now reached a stage where they need a stage to assert themselves. We are happy to offer this opportunity.” 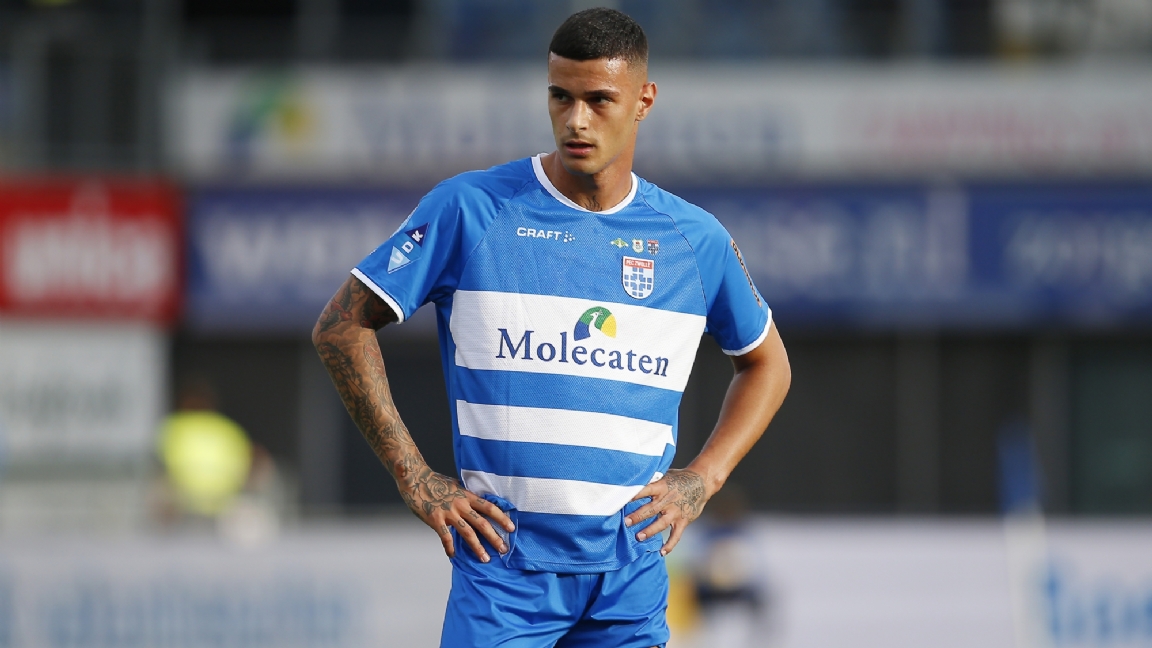 At PEC Zwolle, Scamacca played once in the starting eleven, during the 3-0 lost away game against Feyenoord.

“They came through Mino, I think. More mercenaries arrived in the years before. Hachim Mastour of AC Milan, for example. They were known as great talents, but they were not really grounded. It may have been a gamble for PEC, it could turn out well or badly”, Rick Dekker said soccer zone. Both Tripaldelli and Scamacca were represented by Mino Raiola, who had a good relationship with PEC. Scamacca’s interests are no longer looked after by Raiola. “I got little information from those guys, those Italians were a lot to themselves with just the two of them. They spent a lot of time together and barely spoke English. Tripaldelli not at all, Scamacca a little more.”

“It makes a difference if you speak English. Yuta Nakayama then also came to us and she didn’t speak English either. Then just get in touch. That’s difficult! He went to English lessons and at some point was able to have a conversation, so that also helps to find your place,” says Dekker. The 26-year-old midfielder played for PEC Zwolle between 2014 and 2020, before making the switch to his current club De Graafschap. Dekker stated the rental period of Scamacca ‘not a success in the overviews mentioned’. The season was already underway when Scamacca arrived and he then failed to replace Mike van Duinen from the starting eleven.

The balance of Scamacca after less than six months at PEC: 315 minutes played, 10 matches, 1 starting place, 0 goals, 0 assists. “I can remember that he could play nice football, but protected very little action. His qualities are not always there. We haven’t seen the real Scamacca at PEC, that’s how it is. It is also not very nice to come to another country at the age of nineteen in a team that is not running. We didn’t have many points, it was close to relegation football. You are also aware of what you put into it, that was not very much of his. Anyway, the more you supervise those guys, the better they are. I think clubs generally fall short of that.” After the dismissal of trainer John van ‘t Schip, a knee injury and the arrival of Lennart, Scamacca’s rental period at PEC was prematurely ended. “The prospect of playing minutes towards the second half of the season has declined rapidly in recent weeks,” PEC summarized the situation. Dekker: “Before we went to training camp in the winter, he had already left.”

Scamacca has scored two goals in twelve games on behalf of Sassuolo this season.

How different is Scamacca’s situation now. After his difficult passage in Zwolle, he experienced successful successful rental periods at Ascoli (in the Serie B) and Genoa (in the Serie A). At low-flying Genoa, he played in the spotlight last season with a total of 12 goals in 29 official games at Benfica, AC Milan and Juventus. In September – after his return to Sassuolo, which saw no one meet the asking price of 25 million euros – the first invitation to the national team of Italy followed, for whom he made his debut in the international match against Lithuania (5-0 win). National coach Mancini called him up again this international period for the World Cup qualifiers against Switzerland (1-1, last Friday) and Northern Ireland (Monday evening), as a replacement for the injured Immobile.

“It’s super handsome, he’s a big player in Italy now. I get it all, but I don’t follow it one hundred percent. Nice for him. In that respect, he has done better than me,” laughs Dekker. Former PSV teammate Peijnenburg is also surprised by the stormy development of Scamacca: “I did not expect that he would play in the national Italy team at the age of 22. Actually, I didn’t even know he was, it’s that you’re telling me now.”

RIVM: Omicron variant within the Netherlands after flights from South Africa | Inland