Andrea Roncato: “they show the f … in Venice” | Salemi blurts out

A great controversy arose between the actor Andrea Roncato and the couple made up of Giulia Salemi and Pierpaolo Petrelli. It seems incredible, but the tone of the comparison seems to have been rather severe. And Venice also has something to do with it. Ok, is everything confusing? We will help you to clarify and better understand what happened.

The echoes of the controversy are still there. Also because the words were very harsh, the kind that the web is not willing to forget. Andrea Roncato he was not at all tender towards the participants in the Big Brother Vip. From those words it was born a dispute with Giulia Salemi and Pierpaolo Petrelli, a couple born right within the walls of the ‘home’.

One wonders if the matter will continue or if its protagonists will decide to put a stone on it. What is certain is that the words of Roncato, actor, comedian and television personality, make us reflect on language and also on the meaning of the show, today. Let’s try to better understand what happened and how the controversy developed.

Andrea Roncato, the controversy with the Salemi-Petrelli couple

What Andrea Roncato did to light up the tones of the confrontation is easy to say. It seems that, following a well-orchestrated candid camera against him, the comedian indulged in unedifying comments towards the Gf Vip and its participants. “A bankruptcy factory“, Textual words.

But that is not all. The actor, involved in a joke about a fake prize ready for him in Venice but then assigned to a gieffino, went further. Making it clear that, in fact, the competitors of the most spied on house in Italy would not be famous. And the notoriety, in some cases, would come only for the sexy outfit exhibited at the Venice Film Festival.

Open up heaven. Most have considered it a reference to Giulia Salemi and Dayane Mello who made the red carpet of the Venice Film Festival hot in 2016, presenting themselves with a wonderful dress but with a rather pronounced gap, so much so that it doesn’t leave much to the imagination. And what was the reaction? Let’s say that Petrelli didn’t like it.

“They show the f..a in Venice”

Let me be clear, everyone dresses as they want. And, therefore, the decision of Salemi and model Dayane Mello to show up with a bold look in Laguna it’s part of the show. Andrea Roncato seems to have definitely gone beyond mere criticism, speaking of showing off the private parts.

A misplaced language. Influencer Giulia Salemi did not reply, partner Pierpaolo Pretelli, current competitor of Tale and Which show and former velino of Striscia la Notizie, thought about it: “We all know you for the cinema. But you haven’t proven yourself a gentleman tonight. Terrible“.

Tranchant the replica of the actor, ex-husband of Stefania Orlando: “I didn’t mention any names, I talked about the people who offend the Venice Film Festival by going there to be seen, when it should be a festival of actors“. Who knows if the quarrel has ended here or is destined to continue: it is certain that the words of Andrea Roncato have caused considerable confusion! 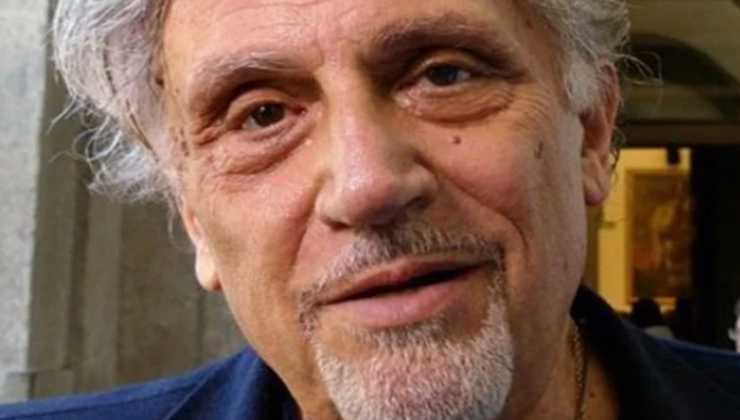 Tris of victories for the young lionesses | HUMAN REYER

many clouds until Wednesday, changeable Thursday « 3B Weather