Elections in the Verona area, 7 of the 18 outgoing mayors beaten. Space is reduced …

Roberta Tedeschi with her “team” in Povegliano 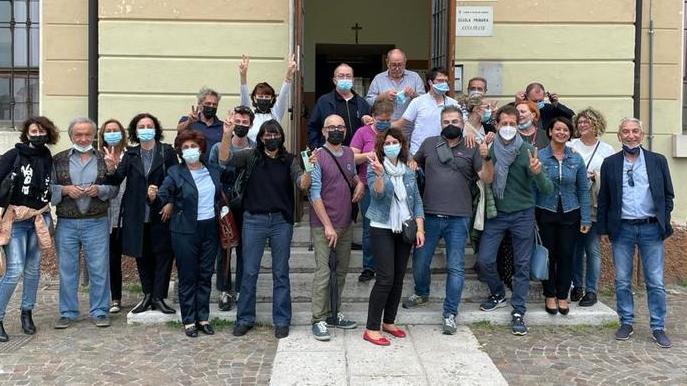 Roberta Tedeschi with her “team” in Povegliano

Just as it was pointed out that in the large Italian cities there is no woman elected or in the ballot, even in Veronese there was a fairly limited space for female representation.

Reading the results municipality by municipality, we notice how the women elected mayor 4 out of 15 all candidates (plus Silvia Fiorini in the ballot in Bovolone), while the 42 men candidates jumped out 18 auditors, so nearly half of the men who showed up later became mayors. So 26% of women and 43% of men are elected.

Among those who had already been elected five years ago, only Sara Moretto (Buttapietra) managed to be reconfirmed, while Fosca Falamischia (Bevilacqua), Nadia Maschi (Cerro) and Alessandra Ravelli (Roverè) all left their place in the town hall to a man .

Roberta Tedeschi for her part wins in Povegliano, where before 2016 there was the current regional councilor Anna Maria Bigon, while Vittoria Calò snatches from the League, right in the country of the regional vice president Elisa De Berti, Isola Rizza. In Colognola ai Colli the first woman ever to lead the municipality: Giovanna Piubello, who beat the outgoing first citizen Carcereri De Prati.

In general, eleven out of eighteen mayors have reappeared and have been confirmed at the helm of their respective municipalities.

the words of Tudor on the Simeone-Kalinic alternation

“Only Frabotta out. Gunter? De Ligt is wrong too”

‹ Who is the prosecutor who will investigate the ‘illegalities’ of the General Prosecutor of the Republic of Moldova – News by sources › TESTIMONY. For Sophie, victim of sexual abuse in Toulouse, “the Church is unable to apply the measures of the CIASE”