ERGO Insurance, Major Sponsor of the 9th Athens Half Marathon

The 9th Athens Half Marathon was successfully completed after a two-year absence due to the pandemic. ERGO Insurance, for another year, supported as a Major Sponsor the match, organized by SEGAS in collaboration with the Municipality of Athens and the Attica Region.

Snapshot from the Start of the Half Marathon Race 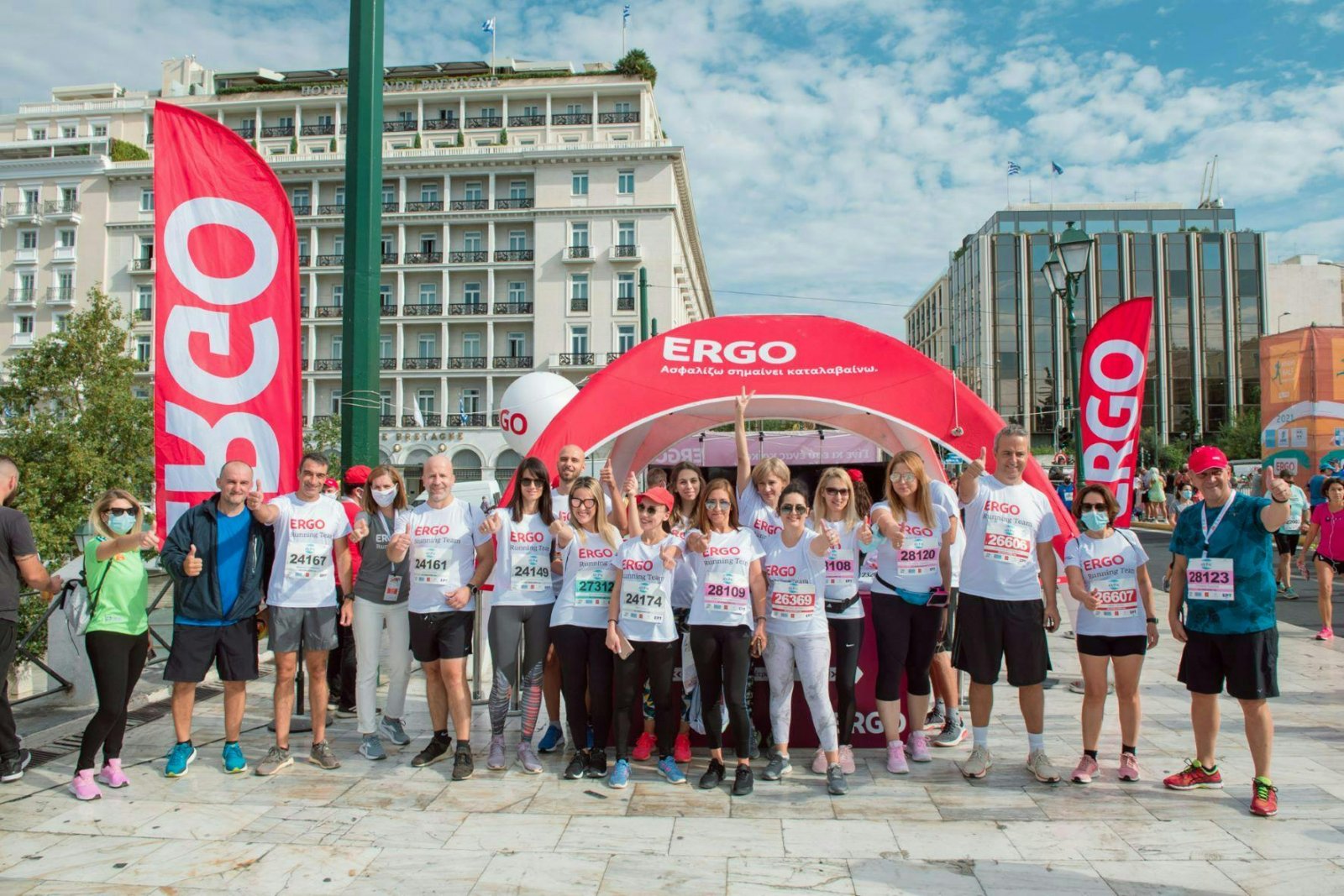 Shot with members of the ERGO Running Team

This year, a total of about 10,000 runners participated in the big celebration of sports, who conquered the streets of Athens with smiles and positive energy. This sporting event, which is the first mass event of a road race during the pandemic period, took place safely, in compliance with health protocols. The presence of ERGO was also strong during the race, both at the starting point with the kiosk and along the route with “ERGO dj booth” and its Animators, who encouraged and supported all the runners at every step, until the termination. From this great celebration, I could not miss the ERGO Running Team, which gave a potential “present” counting 200 members as well as the participation of the CEO of the company, Mr. Nikos AntimisarisThe 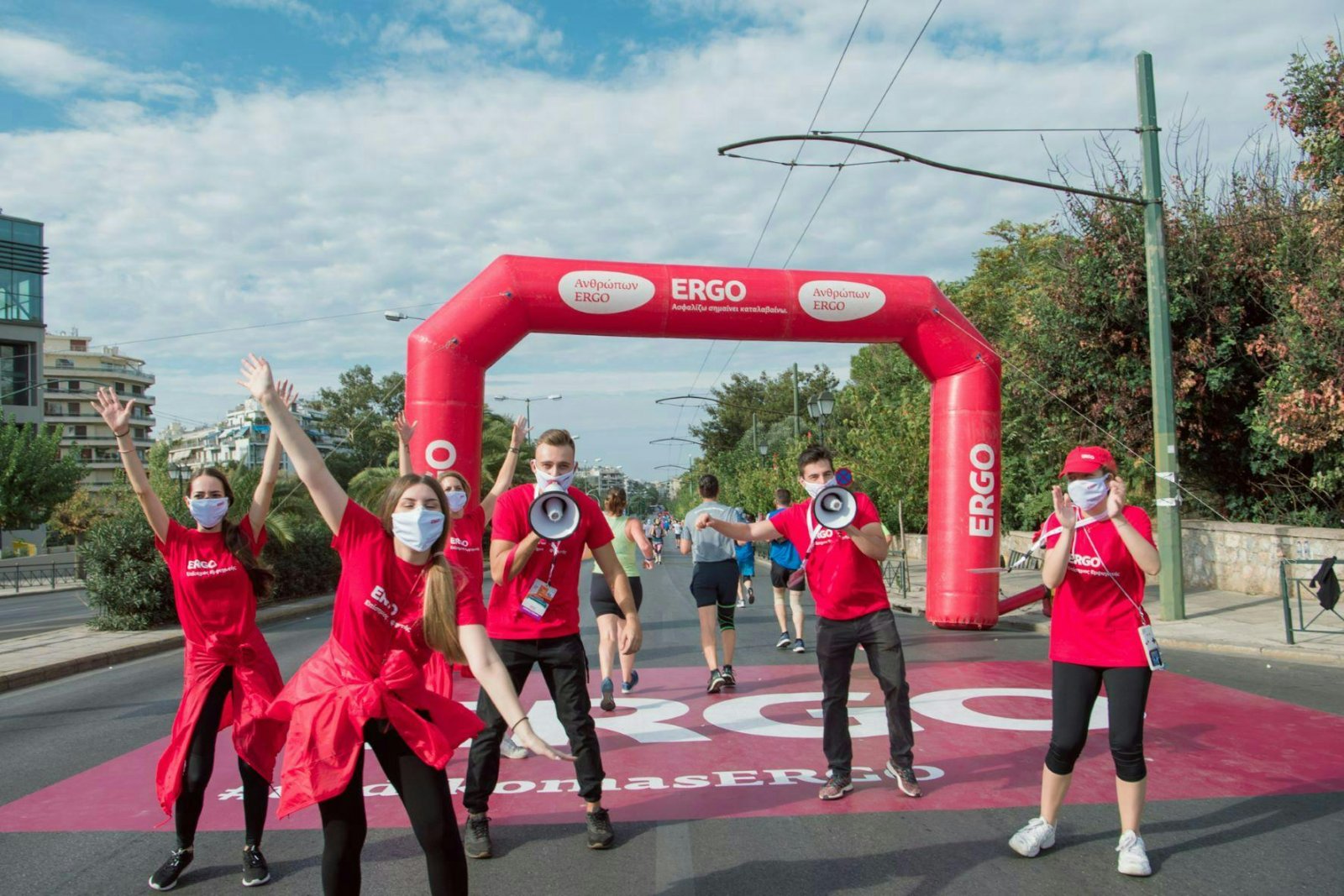 Mr. Antimisaris, after continuing the organizers and all members of the team, said “I am very happy that I also experienced this unique road experience and I felt the joy of participating in the race and the finish. With a high sense of responsibility, ERGO continues to contribute to the promotion of sports ideals and “good racing”, supporting every project with value for society. The Athens Half Marathon is a great project, as it is one of the most important sports institutions in the country, a celebration of sports and culture. It is our honor, therefore, to support as a Major Sponsor this important celebration of the country and to be by the side of people who want goals and fight with perseverance and want to succeed “. 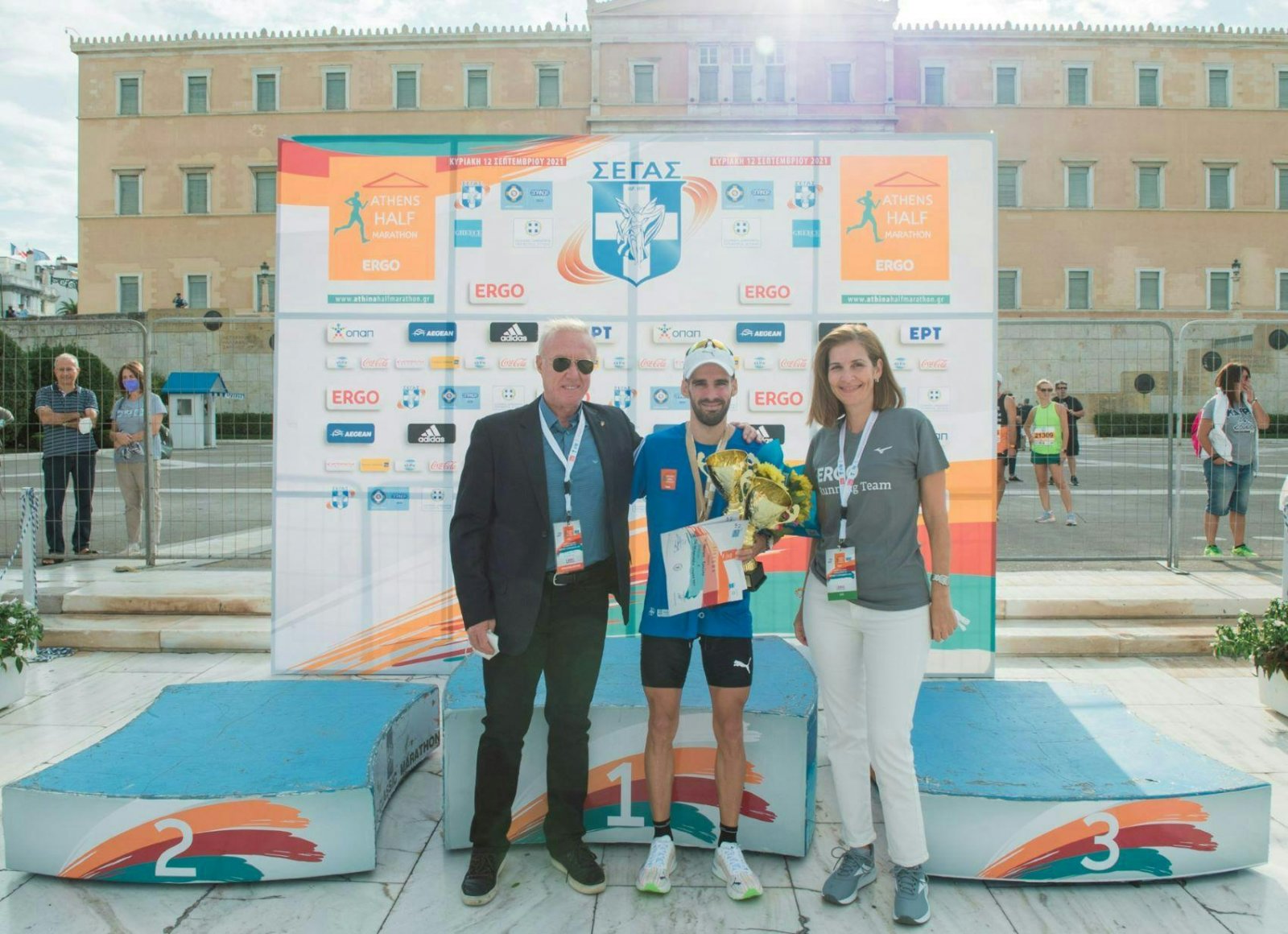 Snapshot from the Half Marathon Winners’ Award
From left: The Special Secretary of SEGAS Mr. Panagiotis Dimakos, in the middle of Panagiotis Karaiskos
winner of the 9th Athens Half Marathon and the Head of Marketing of ERGO Insurance Mrs. Markella Tsourougianni

The company’s stand was the pole of attraction of the people, where it hosted the action “Become a link in the supply chain”. True to its commitment to act as a socially responsible company, ERGO organized this action with the aim of financially strengthening the National Health System, while promoting sports to protect our health. The participants rode a bicycle for 1 minute with a virtual description of the race route through the screen and the company that will convert the total kilometers into a donation to the ESY. The company will continue the implementation of this action in the other road races that it supports with its sponsorship in SEGAS. 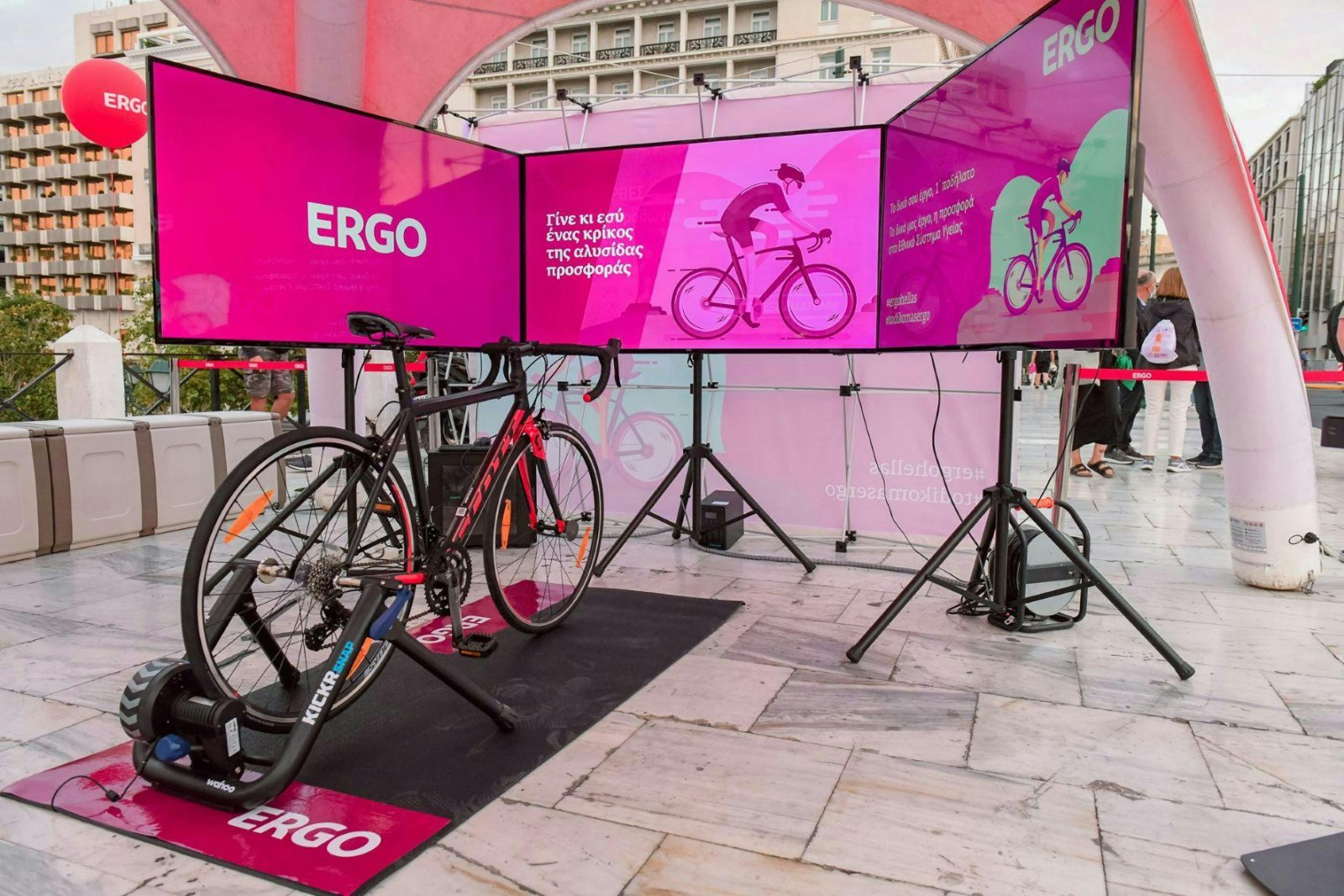 In the main photo, the CEO Mr. Nikos Antimisaris, (in the bottom row, third from the right) together with members of the ERGO Running Team after the end of the races

Burkina Faso: At least ten dead in a jihadist attack

‹ Greek-Turkish: Turkey raises the temperature thermometer – How does Athens respond? › Jinjer in Prague proved that they are not a metal phenomenon just for nothing