MONACO: The golden age of yachting comes back to life with the Monaco Classic Week 2021 Trophy 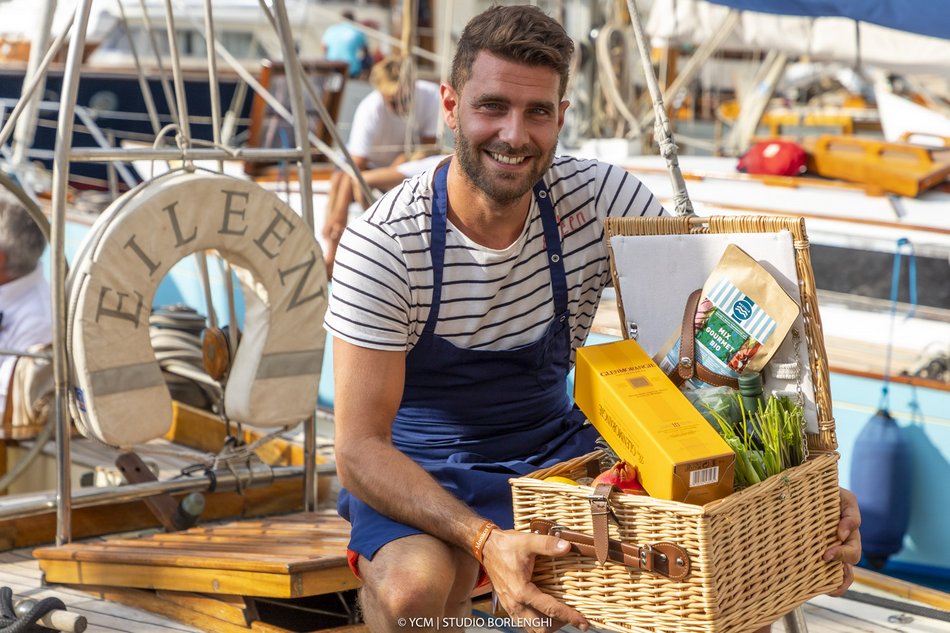 Monaco Classic Week is a trip back in time, in the history of a yachting which combined Monaco sport, performance with Art de Vivre, associating in the same logic traditional sailboats, vintage motor-yachts and old motor boats. , the advent of aviation and hydroplaners. It is in this very particular spirit, always so seductive, that the event orchestrated by the Yacht Club de Monaco happily renews by harmoniously combining regattas, highlighting the authenticity of the voices through the Prix de la Restauration, namely live the sea well through the Concours des Chefs, respect for etiquette with the Concours d’Elégance, and the extraordinary journey into the past reconstituted on the occasion of the exhibition entitled “Meetings of motor boats at the time of Albert I – The restored Monaco Yacht Club Collection ”. 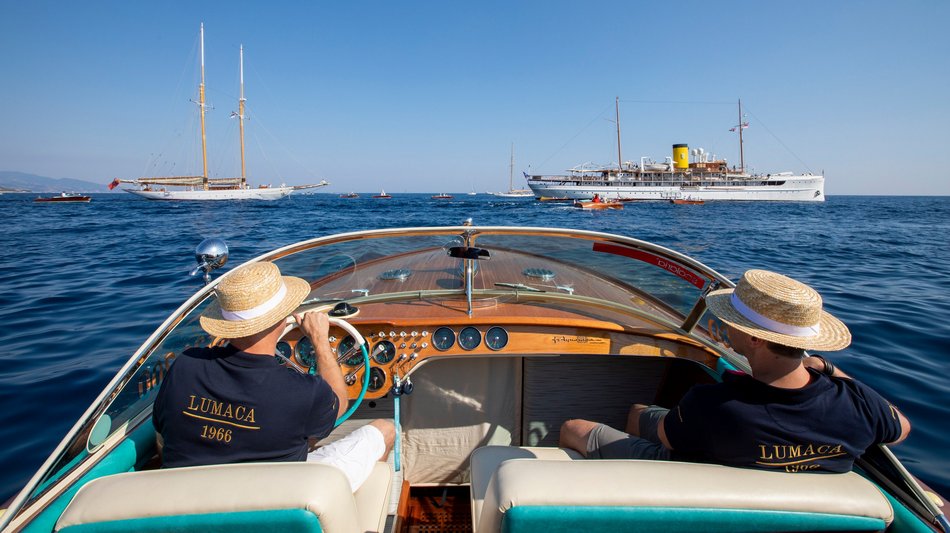 At the end of this ensemble, the grand final parade, resulting from the week by the SS Delphine (1921), brought together in a single wake all the participants, from the Oceanographic Museum to the Larvotto beach, ardent testimony of ‘a maritime heritage more alive than ever, in all its sumptuous diversity. The opportunity to present the hundredth anniversary of this steam yacht, the last still in operation, recognizable by its inverted bow and the fineness of its lines (78.50 m long and 10.83 m wide) and equipped with three boilers that run two quadruple expansion engines of 1500 horsepower and which remained in its original configuration.

Style, as much as performance

After Friday’s tonic, eminently sporting day between Monaco and Ventimiglia (Cala del Forte), Saturday gives way to what makes the soul of yachting, this passion of men for their machine and the way to animate them on land as at sea. Concours d’Elégance once again called on Princess Beatriz of Orléans-Borbon and her very elitist jury, called upon to judge the style, class and harmony of the crews and their boat. Sailboats, canoes and motor-yachts thus paraded in front of the Luciana pier where the jury sat enthroned, their crews storming with imagination to harmonize their outfit, gestures, with the standing of their boat. Salutes, cheers, cannon shots or even chants and forceful blows from the indispensable boater called out in the best moods of the jury. Beyond pure performance, the Monaco Classic Week Trophy. 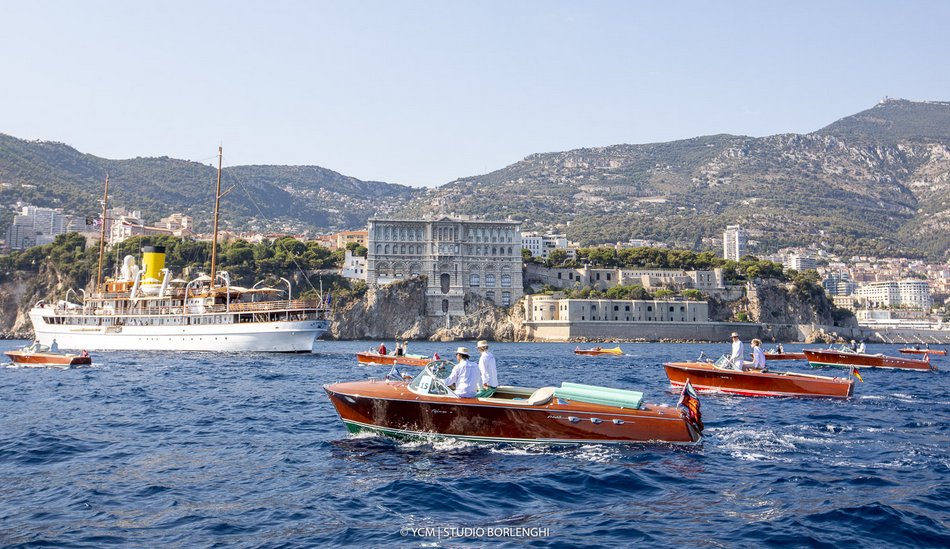 A tray sorted on the fly

In the Mediterranean circuit of traditional yachting gatherings, Monaco Classic Week has to bring together a very exclusive range of classic sailing and motor yachts, selected and invited by the Yacht Club of Monaco. To the delight of the shipowners, delighted to meet and share their passion, it is a more intimate format that has been favored where only sailboats built before 1950 with a wooden mast were able to anchor in the YCM Marina.
They were thus a reunion with a majority of Fife, among which the three 15 M JI. The opportunity for Moët Hennessy to pay tribute to the Scottish shipyard by launching a 25-year-old Glenmorangie Tuiga Whiskey. In their wake, ten vintage motor yachts and thirty old motor boats including 10 Riva, all competing in finesse and elegance. 7 other canoes, including three signed by the American Chris Craft, challenged them for the hegemony of pure art in terms of lines.

The “La Belle Restauration” Prize rewards the quality of the catering provided to these units, which are often over a hundred years old. On the occasion of this 15th edition, the Jury, obtained by Sir Robin Knox-Johnston and made up of specialists in the history of yachting, inspected all the boats. The rating taken into account respect for the original plans, the materials used for the construction of the boats and the know-how of those which have been restored. The individual history of the boats and their owners, made up of passion and commitment, also comes into play. Beyond pure performance, the Monaco Classic Week Trophy thus rewards all the criteria evaluated in terms of restoration and elegance, to which is added a crush on the spirit which has received life, maintenance and maintaining the renovation of the boat. It is Mariella to Carlo Falcone the Bermudan yawl signed Fife who wins the votes of the jury. It succeeds the auric schooner Puritan (1930) and receives the Monaco Classic Week 2021 Trophy. Iran for old motor boats, Blue Bird for motor yachts and Olympian (Gardner 1913) are awarded for the quality of their restoration. . In terms of elegance, the jury rewarded the canoe Iran (Stempler Corsier Port – 1948), the motor-yacht Istros and the sailboat Viola (Fife 1908).

Three rounds for the Dinghy 12 ′

In a south-western flow, the Dinghy 12 ′ Race Committee was able to launch 3 heats, on a banana-type course very popular with the competitors.

“The Italians are definitely very strong” he pursues, confirming the final classification, obtained by Aldo Samele-Acquaviva, ahead of his compatriots Alessandro Pedone and Federico Pelopais. 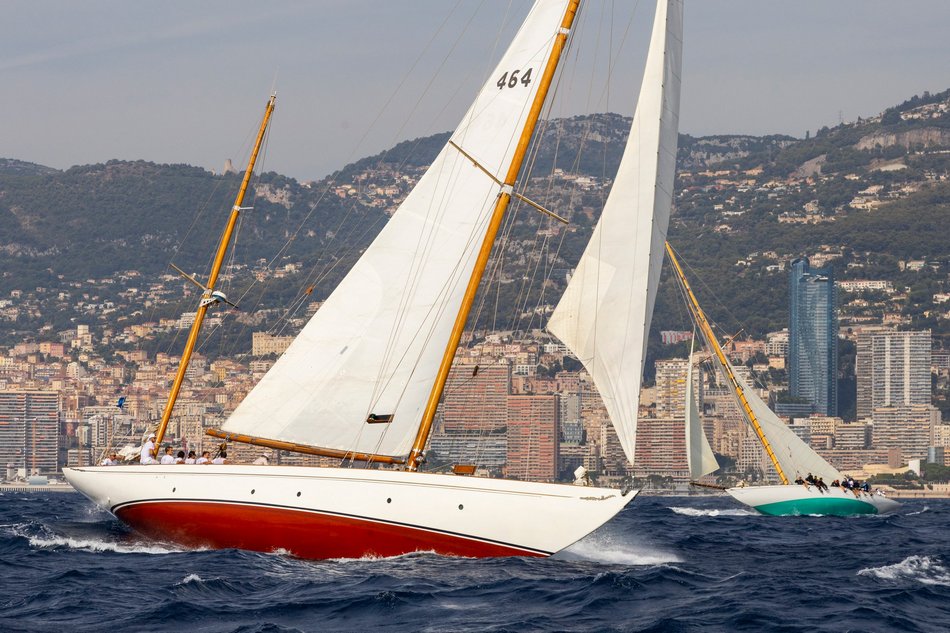 The chefs contest won by Eileen 1938

10 boats, traditional sailboats and motor-yachts had this year delegated their chefs to participate in the “Chef’s Competition”, passed by the three-star and best chef in the world 2020, Mauro Colagreco (Mirazur). It is on the theme “Land and Sea” that the participants, under the leadership of Simon Ganache, Executive Chef of the Monaco Yacht Club banquets, were expected for this edition. On the menu: a starter with products such as Wagyu beef and Royal Crab and, a dish based on sablefish, carabineros and octopus. To flavor and enhance their dishes, competitors must combine their dishes with The Original 10-year-old whiskey from the Glenmorangie House. It was Thibault Barbafieri, “cook” aboard the Bermudan cutter Eileen 1938 (Anker) who best accommodated the imposed culinary requirements. He is ahead of Ricco Dubignon, who officiates aboard the motor yacht Le Kir Royal, and Conor Demprey of Blue Bird 1938.

Success of the exceptional exhibition of works from the YCM collection

To promote the hundredth anniversary of the disappearance of Prince Albert I, the Albert I 2022 Committee organized throughout the week an exhibition of some sixty documents restored and presented to the general public for the first time, including trophies and period medals. , linked to the major automotive and powerboating events of the early twentieth century. The works will now find their place in the various salons of the Yacht Club de Monaco.

The 33 classical voices gathered this year in Monaco were duly divided into 4 distinct groups, according to their size, age and type of rig.

After three days of racing, the results are as follows:

Albert and Charlene of Monaco smiling and united

Charlene of Monaco sublime in a Greek goddess dress

some already are in the Alpes-Maritimes