TRIESEN/VADUZ – On Friday night, both the tennis hall in Triesen and the mini golf course in Vaduz were broken into. The burglar publishes the scene of the crime, but without the stolen goods.

At around 3.45 a.m., an unknown perpetrator went to the tennis hall in Triesen and tried to open a window with a flat tool, according to the state police. When this did not succeed, the burglar threw in the window with a stone for a short time. They then got through the open window into an adjoining room or in the club restaurant.

“Since the perpetrators triggered an acoustic alarm, they abandoned their plan and left the property through the entry way,” writes the state police.

Broken window at the tennis hall in Triesen. (Photo: LPFL) 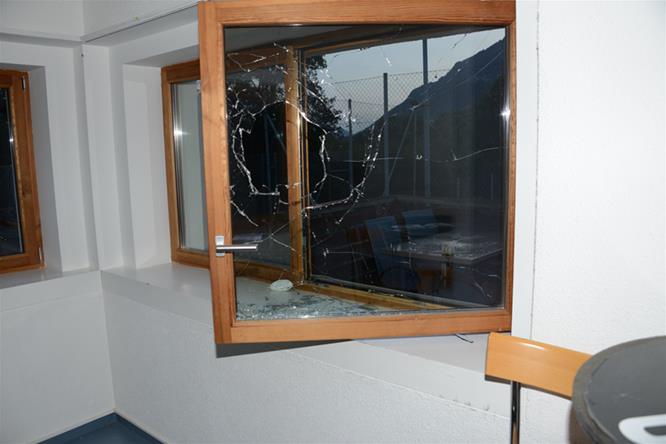 Broken window at the tennis hall in Triesen. (Photo: LPFL)

Whether burglars also tried their luck at the mini golf course in Vaduz that same night, emerges from the reports from the state police. The exact time is also not known here: In any case, between 10:30 p.m. and 8:15 a.m., an unknown perpetrator gained access to the outdoor restaurant area of ​​the mini golf course.

“Then she smashed the main entrance door with an iron bar or a sledgehammer and went inside. The perpetrators left the facility without stealing anything,” writes the state police.