So far, February 2022 has continued the incredibly stable, second and sunny weather pattern of last January.. With the exception of the frontal rain that brought widespread to the North and Central regions of Portugal on the 13th, reaching the powerful anti-cycle frontal blockade advance parked in our latitudes for several weeks the meteorological panorama that opens for the second half of February does not seem encouraging. 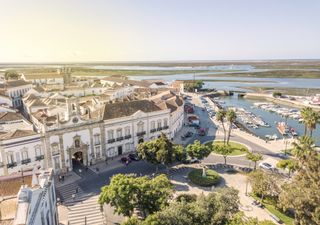 Residual rainfall and why this atmospheric pattern persists in Portugal

If we take a look at weekly weather trend maps for the next fortnight (14-20; 21-28 February), either geopotential or temperature and fortnight date, A clear absence of rainfall patterns that anticipate the abundant and widespread.

How much will reach our country frontal surfaces, already very weakened, to the north of the countryto regions like Minho and Douro Coast. It is not possible the formation of any discarded at altitude that can reach southwest mainland Portugal or on arrival, but always with.

On the contrary, the persistence of the blocking anticyclone regime and their associated crests will prevent the arrival of storms and active frontal surfaces with rain in more water-poor regions. It is safe to say that in what remains of February the weather will be much drier than usual from north to south of mainland Portugal, highlighting clearly the Minho. As it is usually the rainiest region, the dry pattern made with which it records the biggest negative anomaly in relation to the reference climatological normal.

It should be noted that these trend maps are from averages to 7 days. This smooths out potential incursions of air from the North (cold), or from the South (warm), on a specific day or two. The degree of uncertainty and reliability decrease as we move away from the forecast or trend time horizon.

And what about temperatures? In almost all the country it will already feel like spring

As for temperatures, we can already refer to an “early spring” due to the early arrival of heat. There are species that are already in bloom in several regions of the country. In fact, during this week, thanks to the arrival of a subtropical air mass, we will see the thermometers reach unusual values ​​for the month of February.. Several cities with highs between 18ºC to 20ºC (or even higher), especially from Coimbra to the south.

Occasionally, some locations in Ribatejo, Baixo Alentejo and Algarve may reach 23ºC or more before the end of February. These values ​​will be absolutely unusual thermometers and above average for the minutes of the year, boosted by the subtropical warm air masses coming from the south and which will trigger the thermometers, aspects that are even more accentuated with more and more sunlight daily. We will therefore have two weeks warmer than normal, with a very salient positive anomaly sign..

What consequences for Portugal, if these statistics are confirmed?

In short, there is no forecast of distribution occurrences in the meteorological horizon along the trends, by week, time. Temperatures will rise gradually, not only thanks to the warm level masses, but also because we are in a period when the sun is higher and higher on the horizon.

Furthermore, another of the most important aspects to mention is the dry. The drought could worsen the weatherbecause more than the absence of other types, this can cause and accentuate (hydrological, agricultural and socioeconomic).

In fact, with the slow and gradual increase in temperatures, as well as the windsone wildfire season could also move forwardstimulated by absence of rain by the soils and dry leaves and by the report of content,.

‹ Hoera! Amsterdam opens again: all relaxation in a row › Portugal of the future