Three people in court in Salzburg

Three obvious opponents of corona measures had to answer to a criminal judge in Salzburg on Monday for insulting and insulting police officers. 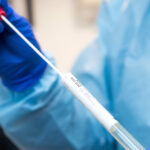 A 51-year-old early retiree, who is said to have called the police a “corrupt bunch”, was sentenced to six months in prison and a fine of 360 euros for slander. In addition, two people from Salzburg caused a diversion, among other things, because of the statement “Fake Nazi civilian policeman”.

The early retiree was verbally angry during a traffic check in March 2021 in Asten (Upper Austria). The police officers checked the mask requirement that applied at the time because four occupants were caught in the car.

The man accused the two officers of “criminal acts”, spoke of “pure police arbitrariness”, called them “felons” and threatened them with a complaint. That’s why he was convicted of dangerous drone.

The accused filmed the official act in Asten and posted the video on his partner’s Facebook page. Therefore, these statements became accessible to a broad public. The accused did not come to the trial in the morning, he was represented by a lawyer. The judgment is not final. Neither the defense attorney nor the prosecutor made any statement.

In the afternoon, the second trial at the Salzburg Regional Court in connection with the corona pandemic took place. The two blameless accused, a 39-year-old man and a woman of the same age, showed themselves to be factual.

On January 24, 2021, the man from Salzburg is said to have published recordings of police officers in civilian clothes in an Internet chat group during the so-called “Corona Sunday Walk” in the city of Salzburg and not only insulted them as “Fake Nazi civilian police officers”, but also mocked them as clowns .

The accused woman, who was the administrator of the chat group with 536 members, is said to have posted with a laughing face under the comment from the Salzburg native and under another insulting comment from the unknown owner of the group “Smileys”. The two Salzburg residents were charged with defamation and continued harassment through a telecommunications or computer system. The accused, as well as the public prosecutor, agreed to the diversion in the form of a provisional suspension of proceedings with a probationary period of two years.

Hardly any war refugees from Ukraine

Ten years in prison after attempted murder in Salzburg

Woman on trial in Salzburg on charges of attempted murder