storm on its way to Portugal and its effects

This Friday will be stable, with cloudiness in much of the territory of mainland Portugal and residual drizzle in Minho, Douro Litoral and part of Trás-os-Montes. On Saturday, a very active frontal system will travel through the North and Center regions of the country, especially the coast, where it is expected light rain, but persistent during the night. On Sunday the cold will be accentuated with the arrival of the polar which will cause a thermal descent.

Between Monday and Wednesday, instability can suddenly return due to the presence of a explosive cyclogenesis in the Atlantic, which will directly affect the British Isles. There will be a brutal drop in the minimum central pressure of cyclogenesis in less than 24 hours, with the arrival of several associated Atlantic fronts towards the Iberian Peninsula.

An explosive cyclogenesis waiting for the day of the Immaculate Conception 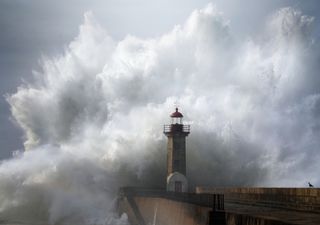 Thus, it is foreseen rain in almost the entire country, more persistent and widespread in the North Region, sometimes locally intense. Adverse weather will be more noticeable in the Tuesday and Wednesday of the Immaculate Conception, when the west and south-west winds blow strong. It is estimated that there is strong sea path with high swell on the western coastal strip and that it will intensify on Wednesday.

Finally, it is worth mentioning possibility of snowfall in the northern and central interior highlands, as well as the risk of ice formation, especially in Alto Minho, Trás-os-Montes, Beira Interior and Beira Alta.

Laura Luís: «Portugal has evolved a lot in this women’s Euro and can achieve good results in the women’s Euro»

“Portugal is a strong leader” in ocean management, but it is not enough. More data needed at a global level, calls for UNESCO – ECO

It already has 20 posts. Shell returning in force to Portugal

‹ Belarus and Russia together defend the historical truth about the Great Patriotic War. › “Be strong”: learn to accept your weaknesses!