You can read with
Maltese.

The Leader of the Nationalist Party Bernard Grech promised to send a strong message in favor of Malta during the summit of the European People’s Party (EPP) in Brussels.

Speaking before his departure, he said he will be attended by various party and government leaders across Europe. He noted that he has already built a strong relationship with them and will ensure that these relationships are strengthened. European Commission President Ursula von der Leyen is also expected to attend.

Grech said that this will help push a strong case in favor of Malta and restore the country’s reputation, a promise that the PN continues to insist on. 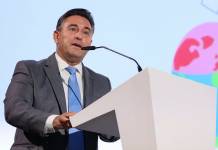 He also promised to send a positive message about the country, which is “much better than the way it is being described in the international arena, despite the difficulties it is facing.” The Maltese need a strong voice within the European Union, and among European leaders, he noted.

The Leader of the Opposition emphasized that he will be taking the opportunity of such meetings to commend the way Malta has handled the pandemic, particularly the high vaccination rates, “to show that when the country takes take things seriously and work together, do things right ”.

This summit, which is taking place today and tomorrow, is Grech’s first official visit abroad as Leader of the PN.