How Polish farm laborers became the owners of their land on September 17, 1939

One of the key dates in the history of the country was September 17, 1939. On this day, the reunification of Eastern Eastern Belarus began, where, in fact, one people lived. Vitaliy Kryvut, Candidate of Historical Sciences, associate professor of the Pedagogy Department of Baranovichi State University, who has devoted more than one year to the study of this topic, explains why what happened on September 17 can be considered historical justice and why the Belarusians perceived those events with great joy and enthusiasm.

A holiday with tears in your eyes

The arrival of the Red Army was perceived positively by the majority of Belarusians. She was greeted as the deliverer of national oppression – with flowers and bread and salt, a triumph of arches with red flags. Crowded rallies were held in towns and villages, at which workers and peasants greeted the liberators. Military revolutionary committees have been set up in some places. They organized detachments of workers’ militia, which disarmed police officers and siege workers, and took enterprises under protection. In Grodno and Pinsk poviets, Red Army units received the support of partisan detachments created by the local population. The bulk of the restoration of Belarus perceived the events of 1939 as an act of historical justice. And in general, even after decades, this assessment can be considered quite reasonable.

The course of pacification and polarization

According to the data indicated in the report above, we can say that the data about the plans is not used. marginal, that is, “kresy”. In open violation of the obligations towards national minorities, enshrined, among other things, by the terms of the Riga Peace Treaty of 1921, the Polish authorities embarked on a course of pacifying and polonizing Slavic national minorities, “absorbing” them by the Polish ethnic element. Already in the first half of the 1920s, the Polish Minister of Education S. Grabsky quite openly stated that “the political border must be the ethnic border,” meaning the border drawn in accordance with the world of Riga and “living” dividing the territory of Belarus. Even the Minister of Internal Affairs L. Skulsky, in response to complaints about the closure of Belarusian schools on the agenda, assured that in ten years it would be impossible to find Belarusians in Poland with a candle. There were certain grounds for such statements: if we compare the data of the population censuses for 1921 and 1931, then, according to them, over ten years the number of Belarusians has decreased by almost a million.

In such conditions, if not for the events of September 1939, there was a real threat for Belarusians in two or three generations to turn into a disappearing ethnic minority, deprived of the national elite, the possibility of national and cultural development, and even more so of a promising national state.

By the end of the 1930s, not a single Belarusian school remained in Belarus.

Tomorrow, September 17, we will celebrate for the first time a new public holiday established by a presidential decree – National Unity Day.

Western Belarus has postponed economically from the central voivodeship of Poland, despite the fact that Poland itself can in no way be attributed to the leading industrial countries. It is significant that the level of 1913 in agriculture in Belarus was reached only in 1929, on the eve of the economic crisis, which again threw the agricultural sector back. In the early 1930s, only one third of peasant farms were fed from their land.

The situation in the countryside was aggravated by the government’s policy of imposing sedimentation. In accordance with the law of December 20, 1920, about 10 thousand rubles. former soldiers and officers of the Polish army received land plots of 15-45 hectares on the territory of Belarus on favorable terms. With the help of the besiegers, the authorities planned not only to resolve the agrarian issue in the central regions of Poland, but also to polonize the local Belarusian population and resist anti-state protests.

The registration industry of Belarus in the interwar period was also going through hard times. Its development was very negatively affected by the economic devastation caused by the military events of the First World War and the Polish-Soviet War.

The decline in industrial production, which was caused by the world economic crisis and dragged on in the Polish economy until 1935, provoked a significant increase in unemployment. On the territory of the country of Belarus, in terms of relative indicators, it exceeded the general Polish one. So, at the beginning of 1931, in the Western Belarusian provinces, the ratio of workers (at enterprises with more than 20 employees) and unemployed was 100%. In fact, there was one unemployed worker for every worker. In Poland, this figure was only 51%.

The Polish authorities pay more attention to the problems of the development of their own lands, rather than the territory of the Western Belarusian voivodeships. Moreover, the problems of the Polish lands were often solved precisely at the expense of the outskirts, the role of agrarian and raw materials appendages was assigned. Of course, this situation caused an exacerbation of social tension. 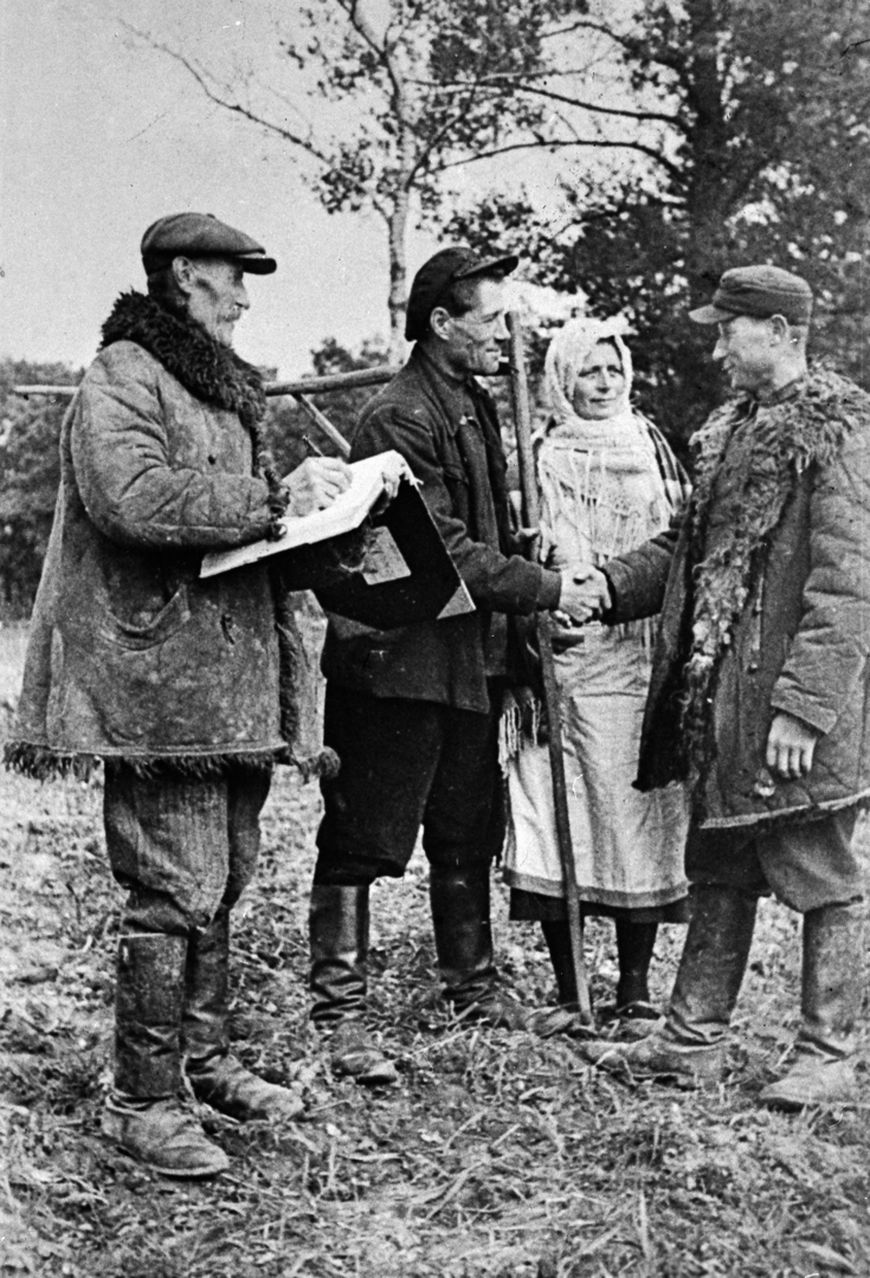 Partisans in the fight against the Polish occupation

In the first half of the country in the 1920s, an active armed partisan movement developed on the territory of Belarus. Moreover, in Grodno and Bialystok, it was held under the leadership of the party of Belarusian Social Revolutionaries, and in Polesie, Novogrudok and Vilensk, it was led by the communists.

Partisan actions became widespread. According to official Polish data, 878 partisan attacks were carried out in 1922, 503 in 1923. One of the most famous actions was the attack of S. Vaupshasov’s detachment on Stolbtsy and the release of members of the Central Committee of the Communist Party of Belarus S. Mertens and I. Logvinovich. The partisan movement was suppressed with great difficulty by the Polish authorities only towards the end of 1925.

The further development of the national liberation movement of Belarus was the activity of the Belarusian Embassy Club (BPC) in the Polish Seim. All the largest Belarusian parties of that time were represented in the BPC.

In 1925, the Byelorussian peasant-workers’ community arose. The first independent program was ruled by workers and peasants. The community quickly turned into a mass peasant organization. In January 1927, it numbered more than 100 thousand people, united in two thousand circles, and was one of the systems of legal revolutionary-democratic organizations not only in Poland, but throughout Europe at that time. This testified to the consolidation of the Belarusian people around the idea of ​​liberation from the power of Poland and the creation of a single independent Belarus with the help of the USSR.

The Polish authorities responded to the consolidation by banning the BKRG in 1927 and repressions against its leaders.

The Communist Party of Belarus made a great contribution to the national liberation movement. But the response of the Polish authorities was not very diverse. Popular demonstrations were suppressed by punitive expeditions. Since 1934, the concentration camp in Bereza-Kartuzskaya opened its gates for the most stubborn and incorrigible opponents of the invaders. According to incomplete data, in five years about ten thousand prisoners passed through it.

Luis Suárez, his houses in Barcelona and Madrid