Vienna turns 150, a year of events and urban culture

What is the city to see in 2023? Probably Vienna. Because? Why does the 150th anniversary fromUniversal Exposition of 1873, and to commemorate this very important event in the history of the Austrian city (at the time the capital of the Habsburg empire) many celebrations are planned. In the Viennese spring, visitors will enjoy an abundant program of events, exhibitions, festivals, many attractions to see and activities to do.
Let’s find out what will happen, but first we need to remember why the Exposition was so important for Vienna.

The importance of the Universal Exposition in the history of Vienna

And the 1873 the watershed in the history of Vienna as a European metropolis. The Universal Exhibition (in German Weltausstellung 1873) is held from May 1 to October 31 in the large city park, the Prater, and collects the participation of 26,000 exhibitors from all over the world. The motto: Kultur und Erziehung (culture and education).
It cannot be said that it turns out to be a “success”, if we rely on the numbers. Instead of the expected 20 million visitors, only a few arrive 7.3 million: the collapse of the stock market and the cholera epidemic are some of the causes of what today we would consider a “flop”, which opens a huge hole in the state’s finances. Not to mention that at the time of the inauguration the pavilions weren’t completed yet, and an exceptional hurricane flooded the exhibition area and caused a traffic jam throughout the city.
Yet the event bears fruit, which over time abundantly repay the bills in the red. The event is an opportunity for Vienna to make important progress and evolutions in terms of traffic, transport, infrastructure and accommodation facilities. State-of-the-art facilities are created in the distribution of drinking water and in improving the quality of life. The buildings in the center host international congresses and economic meetings. Vienna is discovered (and is discovered) as modern, visionary, cosmopolitan capital.

Vienna 150 years later: urban culture and the city of the future 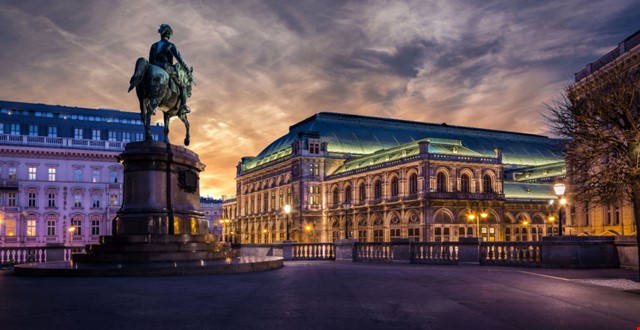 150 years have passed since 1873, the cornerstone year in the city’s history, and Vienna is still benefiting from the successful revival thanks to the Universal Exhibition. She was recently judged Most livable city in the world 2022 from the Economist. The population is growing and the urban area is expanding with new neighborhoods. Transportation is evolving in an eco-sustainable direction and an entirely CO2-free metro line is under construction. The railway junction is confirmed as the most important in Europe for night traffic. New hotel structures are developed and the city is increasingly a leader in international meetings.
To celebrate the event thanks to which Vienna has “changed gears” in its urban and cultural development, the administration has decided for 2023 a cycle of celebratory events, and the theme will be “Vision and restart – 150 years from the Universal Exhibition in Vienna”. L’tourism board has drawn up a program of b2b meetings “The City of Vision”, with the aim of bringing together different markets from all over the world, and to revive the fertile and innovative spirit which animated the event a century and a half ago.
On the occasion of the celebrations, the futurist Andreas Reiter has created a multimedia application that will allow the creation of a fictitious city of the future that guests can shape. Through images generated by artificial intelligence answers and visions will be given on macro-themes such as circulation, art, tourism or public space. A journey into fantasy? Even too much!

What will happen in Vienna in 2023: the main events 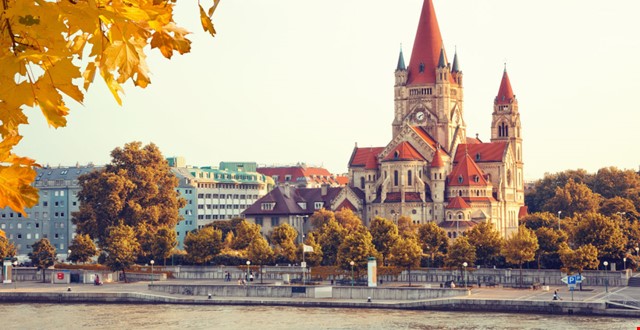 And then we come to the main events that will enliven the 150th anniversary of the Universal Exposition.
The Vienna Prater, center of the 1873 event, will open the calendar in spring with the exhibition “Panorama Vienna” to commemorate the legendary Rotunde – at the time the largest domed building in the world and symbol of the Exposition – which was destroyed by fire on 17 September 1937.
The major museum events start on May 2 at the Vienna Technical Museum (TMW), with the special exhibition “Women at work – 150 years of the Women’s Pavilion at the Universal Exhibition in Vienna” which draws its inspiration from a particularity of the 1873 event, namely the “Women’s Pavilion”, which for the first time in an international context turned attention to women’s work.
Two important exhibitions are scheduled at the Mak – Museum of Applied Arts. One will be (from 7 June) on J. & L. Lobmeyr, a company famous for its crystals, about to celebrate 200 years of history. The other (from 21 June) will concern the importance of the trend for oriental studies triggered by the Universal Exposition.
Speaking of the East: the 1873 Exposition was an opportunity for Japan to present itself to the world for the first time in grand style. Vienna was the first center for the dissemination of soy, grown in the Schönborn Garden Palace, and the Austria Center Vienna (ACV) will host the International Soybean Congress from 18 to 23 June. The Vienna-Japan union is proposed again in 2023 with the enhancement of Japanese gardens, Japanese cuisine, and the promotion of places such as the Weltmuseum Wien.
Vienna is also famous for music (even today the Vienna New Year is one of the most exclusive concerts in the world) and the new Strauss house inside the historic Zögernitz Casino: visitors will be able to enter a museum dedicated to the famous composer “king of the waltz” and find new spaces for concerts set up for the occasion.
On 16 June at the Favoriten water tower will take place the Vienna Water Festivalto commemorate the construction of the first aqueduct in Vienna to draw from high mountain springs, a futuristic project for the time that has since supplied the city with the pure and crystalline water of the Alps.
Finally, in December 2023 it will reopen its doors on Vienna Museum after years of restructuring and expansion: the city will find a new important meeting place in the Karlsplatz, and thus will conclude the celebrations for the sesquicentennial of the Universal Exhibition in Vienna.

ARMENIA. Yerevan closest to the West

‹ The Skåne bus still warms Ski Team Sweden’s cross-country skiers › the number of burglaries in homes is high, those in businesses are decreasing