After the agonizing defeat suffered in the last minutes in Ipurua, the SD Huesca returns to El Alcoraz to face Andorra. Those of the Principality are in the eighth position in the table, with 27 points, a victory to enter the ‘playoff’ promotion positions. Visitors also arrive with a loss in their last gameby the minimum, against Cartagena, although their previous three games ended in victory. 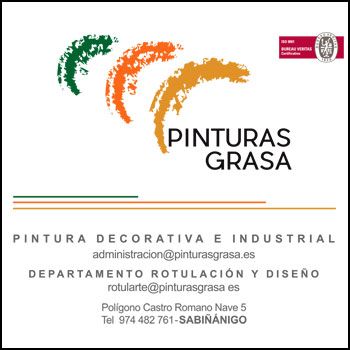 Huesca, meanwhile, will seek to put an end to a losing streak. it is only one of the last five games have achieved victory. The people from Huesca, who are in the eleventh position just three points behind their rival, they will seek to take advantage of the blessing of their stadium, where they have achieved the best results this season, to get out of the pothole. In the last three matches at El Alcoraz, Huesca He has won two and has also scored in two. A similar statistic also in Andorra, Well, in his last three trips, he took the cat to the water in two, and also scored in two.

In addition to what has already been said, another of the attractions of the match will be that both teams have never met, at least in official competition. Although it is true, they played in August a friendly that ended with Barça victory, by three goals to one.

Keep an eye on Bakış

The Andorra, operation by Eder SarabiaIt is a team with a goal (20 targets so far in the League) and who also defends his goal very well. He has only conceded 14 goalsThe same figure as the Huesca team, and which places them among the top five in the League in this regard.

with his usual 4-3-3the Andorran offense depends a lot on its striker, Sinan Bakis. The German accumulates seven goals and two assists. In addition, he manages to shoot up to 2.4 times per game, sending 1.2 of these on goal. The other reference at the offensive level is Hector Hevel. The midfielder has already distributed three goal passes and has scored on one occasion. When he is not there, as in the last meeting, his team notices him.

The ‘Cuckoo’ Ziganda you can not count Neither with David Timor nor with Gerard Valentín, both sanctioned, since they saw the fifth yellow card against Eibar. they will not be available either Marc Mateu and Enzo Lombardo due to physical problems. But not everything is negative. Juan Carlos Real will returnwho served his match penalty in Ipurua, and may finally be patrick soko.

On the part of Andorra, Sarabia will already have Hector Hevel, who completed the card cycle last day. The one that most surely causes low will be dani morerdue to a hamstring injury.

Uzuni, with options to reappear against Andorra