Pirate rebels from Prague 1 strike back. Complaint about inappropriate use of the forum

photo: Jakub Mračno, PrahaIN.cz/The leader of the Pirates and the deputy mayor of Prague 1, David Bodeček.

The trio of Pirates from Prague 1, which faced criticism and finally an extraordinary review due to the conclusion of a coalition agreement with the ODS, TOP 09, the ANO movement and Residents 1 at the Prague 1 town hall, is coming with a retaliatory action. According to them, the use of the national pirate forum as the highest party disproportionate situation and its voting body, in which members of the pirate party could use according to any coalition in Prague 1, should be invalid “rebels”.

Let’s recall what actually happened around the coalition, the three Pirates are already participating in Prague 1. From the beginning of the post-election negotiations, two variants of the future arrangement were in play. In the simpler one, the Pirates with their four mandates would cooperate with Praha 1 seba (Pavel Čižinský) and Residents 1 (Kateřina Klasnová).

The second option, to which the leader of the pirate candidate David Bodeček gradually leaned during the post-election negotiations, counted on a coalition consisting of the ODS, TOP 09, the ANO movement, Residents 1 and the Pirates. In the end, the locals voted for this coalition of five within the pirate party association in Prague 1, which is one of the mechanisms to ensure democratic decision-making within the party “from below”.

This happened on the penultimate day of October, and the contract was officially signed on October 31. It was signed by the trio Ivana Antalová, Martin Arden and the already mentioned David Bodeček for the pirate side.

Given that the coalition negotiations were lengthy and, according to the participants, constructive but not easy, there was euphoria in the pirate camp after the signing of the coalition agreement. 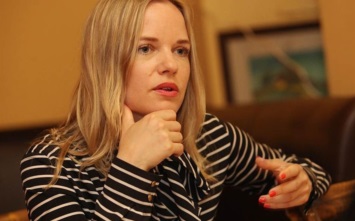 Kateřina Klasnová is an experienced politician, she was vice-president of the Chamber of Deputies, she led the parliamentary club Public Affairs and since 2006 she has also been…

However, it didn’t last long, already on November 3rd, Pardubice Pirate Jan Hrubeš submitted an initiative for an extraordinary review of the already signed coalition agreement through the national forum, which is the highest body of the Czech Pirate Party. Hrubeš outlined three main reasons for the review. The first was the participation of the ODS in the coalition, the second was the high number of vacant (paid) positions that resulted from the coalition agreement, and the third was the divisiveness of the local Pirates association in Prague 1.

It was his part, especially the chairwoman Olga Sklenářová and also one of the four candidates of the pirate party elected to the council in Prague 1, Nikol Švecová, who took the side of the review in an attempt to annul the already signed coalition agreement. In the end, they achieved this “on paper”, as the national forum voted against the coalition in Prague 1 and on November 14 officially canceled the resolution of the regional forum of Prague 1, by which the coalition was originally “sanctified” within the party.

They renamed the club and keep going

But the change, which the “debased part” of the divided pirate cell wanted to achieve by canceling the resolution, ultimately did not happen. Arden Antalová and Bodeček refused to leave the coalition and did not even give up the mandates won in the autumn elections. They resolved the situation by renaming their representative club in Prague to the Club of Pirates and Citizens of Prague 1, to which they no longer accepted coalition opponent Nikol Švecová. The split was completed and the coalition remained as it was.

And now the trio of “rebels” are striking back by filing an official complaint against the “inappropriate use of the national forum and non-compliance with its rules of procedure”. 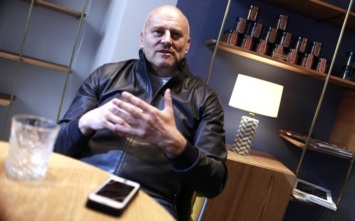 Not secretly, but in the widest possible lineup – currently according to the words of Filip Dvořák, ex-mayor of Prague 1 and member of the negotiating team…

“The decision of the national forum violated subsidiarity, which in my opinion is a very important rule, a tool by which we avoid the risk of local matters being decided by people who do not know the regional environment well and thus have a hard time understanding the issue, but also the relationships in which locality ,” David Bodeček explained to the PrahaIN.cz server. But he accused the national forum of several other misconducts, which are the subject of the complaint.

According to a document available to the editorial staff of PrahaIN.cz, the decision of the national forum was accompanied by several fundamental problems. Some of them were “unsubstantiated and defamatory information concerning David Bodeček and some coalition partners” (apparently Filip Dvořák from the ODS is meant here – author’s note), which should have been the basis for the forum’s decisions, without the participants touching on them could express. 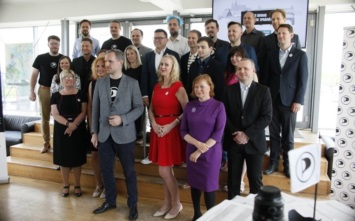 Rules for the referendum

“It is also necessary to think about whether, in the case of such a review, which effectively replaces an internal party referendum, at least a majority of the voters should not be determined,” Bodeček told PrahaIN.cz, referring to another problem. Of the total number of roughly twelve hundred Pirates, only 444 people voted for the coalition in Prague 1, i.e. 37 percent of the members of the basic Pirate Party.

Mayor Zdeněk Hřib drew attention to another problem directly on the pirate forum, criticizing members’ lack of information about voting in a post. According to his own statement on the forum, he did not receive the e-mail about the vote, and the SMS was sent to the members only at his initiative just a few hours before the vote.

Banned from the ranks of the Pirates?

“Following the decision of the forum, we are at risk of being expelled from the Pirates due to disobeying the decision of the highest body of the party, while we followed the rules until this decision. We consider our signature under the coalition agreement to be binding, we stand by the agreed coalition,” the trio of Pirates from Prague 1 write at the end of the document, the aim of which is to “initiate a negotiation process for the coalition agreement”.

According to them, the arbitral commission should issue an arbitral award which clearly states that the use of the national forum in the matter of the coalition in Prague 1 was “unreasonable” and “the result of the vote in this case is annulled”.

‹ Mirka Federer and kids take part in the “Course de l’Escalade”. › An alleged sexual aggressor arrested on the Christmas market in Toulouse