Operation of multifunctional halls in Brno: again no interest, permits are in danger

The planned multifunctional hall at the Brno exhibition center remains without an operator. Even for the second time, the city representatives failed to find a company that would operate the future sports field in the selection process. However, the permit granted by the European Union depends on it, because without an operator, the arena will not get the necessary approvals. 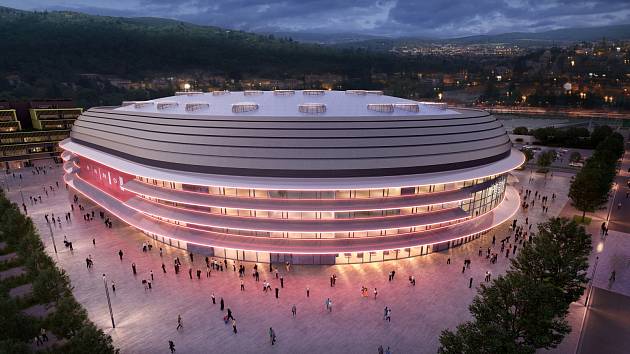 | Photo: Courtesy of A Plus and Arch.Design

Brno councilors are therefore now deciding how to proceed. At the moment, the announcement of another tender procedure on a third party or entrusting the operation of the hall to one of the city’s companies is currently in play. The third option includes a scenario in which the joint-stock company Arena Brno itself would become the operator. “The decision on how to proceed could be made on Wednesday at the city council,” announced Petr Kratochvíl, city councilor and chairman of the board of directors of Arena Brno.

As late as mid-September, it was speculated that the Oktagon MMA organization could become interested in the sports rental of multifunctional halls. In the end, however, no one applied for the selection process. “It is not usual that those interested in renting such a large project apply even before the very start of construction,” said the mayor of Brno, Markéta Vaňková, at the time.

Brno has selected the contractor for the multi-functional hall at the exhibition site. The price will be 4.5 billion

At the same time, the South Moravian metropolis does not have to wait long for the promised multi-functional hall. Due to the current economic situation, the new city management will probably prioritize the construction of the Janáček Cultural Center. So far, there is no money for a sports arena with thirteen thousand seats, in which even the organization of the World Cup was considered. The construction is expected to cost almost four and a half billion crowns.

Ball like Brno: Nela Boudová in crisis, Partyšová with her partner

Brojovka starts the spring with a tough draw, I still have to work on the defense