This poverty, this darkness and what happened will end now!

According to the new structure in the economy:

The goal is to come to office by asking for a vote for a new understanding of politics, not a person from the citizen. Turkey’good “Single man” save your manager “Strengthened Parliamentary System” to win…

Kılıçdaroğlu said, “One Man should go, this regime should end. Let’s not be replaced by a new Single Man, let a new system come. That’s what Mr. Kemal will do. No one should worry, Mr. Kemal never took a step back from there. The dark clouds falling on Turkey will disperse, our economy will recover, our people will breathe a sigh of relief, and the Republic will rise again.” he promised…

Always falling into the same vortex Turkish The description of yesterday’s big meeting, which was stated to be the time to wake up for the public:

■ The One Man regime will end, the legal security parliamentary system will come.

■ The new President will be permanent, “You-I” will embrace 85 million people without leaving, without saying ‘traitor, mud, pit’.

■ Not the law of the superiors, but their superiority will prevail.

■ The country will not be governed by ‘Single mind’ but ‘Common mind’.

■ Honor will not be distributed as co-friends, honor-hearted ones, the task will be given to those who are competent, and qualified cadres will be brought to work.

■ There will be nothing covert.

■ There will be a transparent administration and it will be accountable to the public.

■ Human rights, freedom of thought and expression will be ensured.

■ Media Freedom will come to the country like in the Western country.

■ The Turkish people will be rescued from the deep poverty they are in.

There are many more promises. We wish the presentation of the new vision To TurkeyIt will be beneficial for all our people, big and small, old and young.

Those days are in the past!

More 25 until years ago “We are one of the seven countries in the world whose agricultural products are self-sufficient” we bragged.

Now we buy a significant part of our food from other countries.

Wrong policies have made our agriculture tax dependent. Livestock is over!

In the years to come it filtered out more bitterly!

1995 every year from foreign countries since the beginning of 4 We bought billions of production agricultural products.

supposedly self-sufficient 7 friendship? This boasting is now a thing of the past.

Now we have become outsiders even of the basic food groups.

How can a country’s economy get better when agriculture is being smashed and destroyed?

Revenge of the woman!

Temel gets sick… He is in severe pain. He calls out to his wife:

“Fadime, I am so bad. Maybe I will die! I will make a confession to you. Remorse.”

Fadime in a soft voice::

“Tell me, Temel, I’m listening to you” says.

Basis “I cheated on you a lot” she admits. Fadime replies:

“You think I poisoned you with my key?”

WORD OF THE DAY

The justice of the world: The one who runs away says “Allah”, and the one who chases! 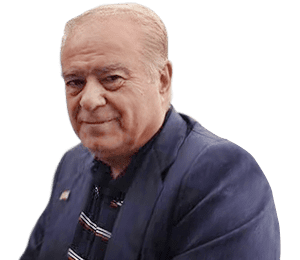