The Debrecen Ambulance Station of the National Ambulance Service can celebrate half a century this year. The anniversary was commemorated in a special way on Friday, November 25, at Külsővásártér. At the event, Gábor Csató, the director general of the National Ambulance Service, recalled his memories of the Debrecen Ambulance Station, and as he said, years ago, as a medical student, he looked at this place as an ivory tower from the first minute. He reminded that the OMSZ will be 75 years old this year, and it started operating at the Debrecen station 25 years after its inception.
This is not entirely true in this form, since the rescue in Debrecen is already 120 years old, he noted. He also said that the one in Debrecen is one of the 256 ambulance stations of the OMSZ. – In 1982, medical students were first taught the science of oxiology at this ambulance station and at the University of Debrecen. To this day, we have an extremely close cooperation with the university, which I think is a source of pride not only for the workers here, but also for the patients, as they receive a high level of care that is unique in Europe, he explained. He also spoke about the fact that the coverage of the Debrecen ambulance station affects about 350,000 people, the comrades have treated more than 30,000 cases this year alone. 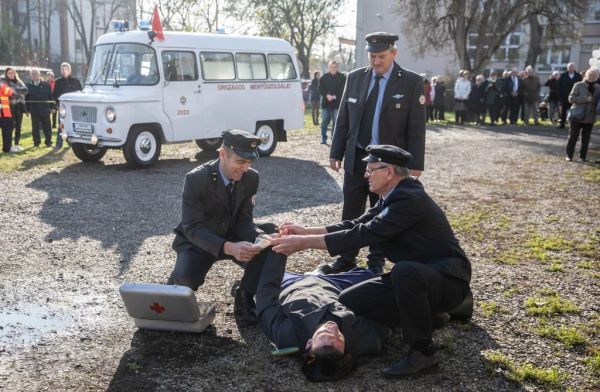 Cooperation took us forward
Zoltán Szabó, president of the Clinical Center of the University of Debrecen, reminds us that close cooperation is also necessary when the clinical integration started in Debrecen in January 2021. – One of the largest health care systems in Hungary was established, with 6,500 employees and more than 2,800 patient beds. In this process, our main guiding principle then and still today is to improve the quality of patient care, make patient management simpler, and health care more economical. The National Ambulance Service played a very important role in this process, he said. He explained that as a result of the collaboration, the first independent emergency clinic in Debrecen was established; also the common primary care service.
At the ceremony, László Tasó, the regional parliamentarian, also thanked the rescuers for their work, reminding us that professional help can be a new chance for all of us.
Deputy Mayor István Puskás presented the city’s certificate of appreciation to Dávid Ménes, the senior ambulance officer of the Debrecen Ambulance Station, and also pointed out that it would be important to appreciate and recognize the work of the ambulances not only in times of trouble, but also in everyday life. 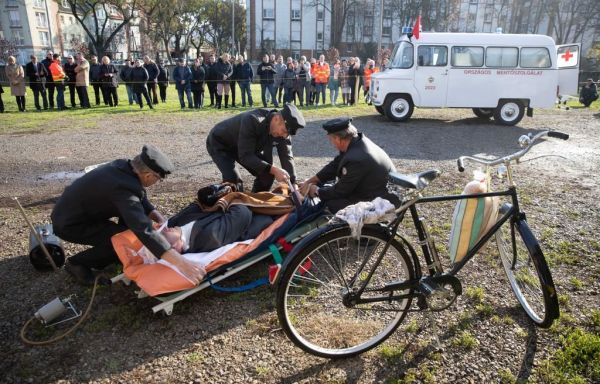 They wanted more and dared to do more
At the 50th birthday, Ferenc Korcsmáros, regional director of the OMSZ, also greeted those present. In his speech, he emphasized: Debrecen’s comradely community was always famous for wanting to do more.
– Not only did they want to carry out the mandatory, everyday tasks to the maximum, at a professional level, but they dared to add a little something new to this system, he said, and then mentioned as examples, among others, the creation of the periodic rescue museum, the Tree of Life program, and the fitness park, which was built on the site of an ambulance station.
At the festive event, a commemorative plaque was unveiled next to the entrance of the 50-year-old ambulance station, and the investment for the recent window and door replacements was officially handed over to Rada Árnyékolás Kft. Representatives of historic churches gave their blessing to the development and the rescue station. In addition, the wall of the ambulance station, now graffitied by a real artist, was also presented to the dignitary. 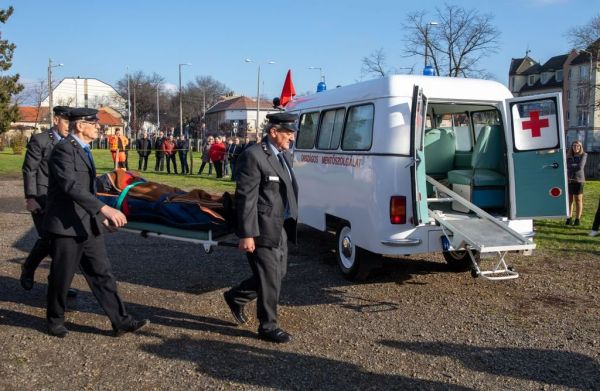 They also presented the Nysa ambulance, which was recently modernized by the ambulance station’s foundation. Seeing the vintage vehicle, those present can not only travel back in time in their thoughts, as the comrades brought the past to life with a retro rescue demonstration. It was said at the event that from 1960 to the 1980s, 8,100 vehicles arrived in the ambulance service; in thirty years, Nysa 520 S, 521 S and 522 S ambulances transported 51 million patients and ran more than one billion kilometers.

In the course of the day, they also presented how specialists see a seriously injured person today, and they prepared a presentation on the current affairs of emergency care in relation to stroke and cardiology.

The flu doesn’t choose this year either

‹ SM. Poland will play about a sensational case. Bookmakers agree – white and red have nothing to look for in the clash with France in the 1/8 finals › a demonstration in support of the Uyghurs in Paris