The construction of the track itself should take time a maximum of 15 months, in addition to the transformer station in Řepy, the company will also have three others built. One will be at the final airport and the other two at Dědina and at the bus terminal of Nádraží Veleslavín. Trolleys will only be on half the trackin the second, trolleybuses will run on battery power.

From Veleslavín to the airport

The route will start at the bus terminal of Nádraží Veleslavín and along the well-known Evropska Street and then K Letišti Street, where it will be terminated before the roundabout at Terminal 3. In the direction of the city, the trolleybuses will join the line at the Terminal 3 stop and the line will run uninterrupted to the bus terminal in Veleslavín. 11.6 kilometers of catenary line will be created on the line.

DPP will deploy new high-capacity three-cell battery trolleybuses on the line between Veleslavín Railway Station and the airport, of which it will purchase two dozen. The first should appear in Prague at the end of next year. Given that it will be about a completely new type,will have to drive 10,000 kilometers without passengers first and then another 20,000 kilometers in test operation with passengers. Only then will it be allowed for normal operation.

Trolleybuses to the streets of Prague they left in August 1936. The first line led from the Střešovice tram depot via Ořechovka and Hanspaulka to the church of St. Matthew near Šárka. The last trolleybus line that ran in Strahov ceased operation in the fall of 1972.

In October 2022, the company put the business into operation after five decades the first trolleybus line that runs from Letňany to Čakovice. Electric-powered cars should also travel on lines 131, 134, 137, 176 and 191. Another of them is the electrification of lines 137 in the section between Na Kníže and U Waltrovky stations, where construction is now being prepared in the process of joint planning and construction management. 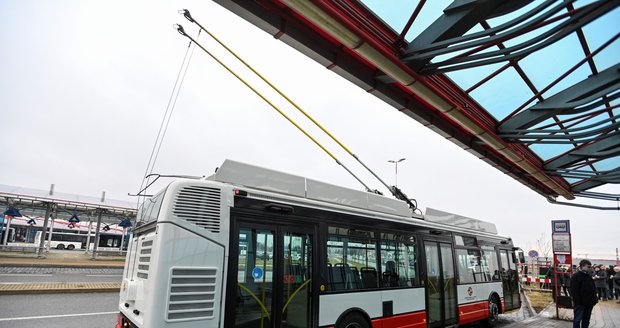 Ceremonial opening of the construction of the Palmovka – Prosek and Letňany – Čakovice trolleybus lines as part of the electrification project of bus lines No. 140 Palmovka – Miškovice, January 10, 2022 in Prague.

AC Budějovická: Prague 4 files a lawsuit against the construction

By image: The construction of the tram line on Evropska tridda has begun. Traffic is limited

Prague has a new chamber for the Na Mazance reservoir