The new leadership of Prague 10 is deciding how to proceed with the planned reconstruction of the town hall. At the end of the year, the option to draw half a billion interest-free loans from the municipality will end and it will be necessary to negotiate additional financing. In the meantime, the officials have to leave the building because it is dangerous. 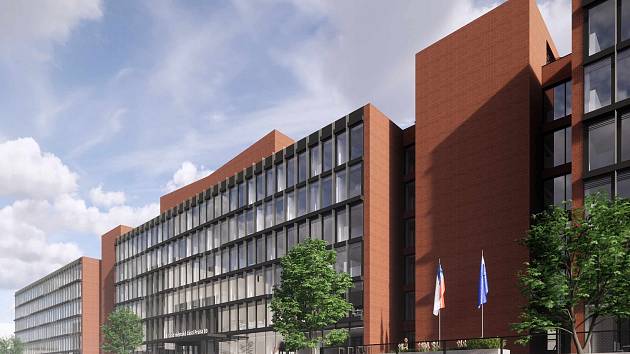 Visualization of the Prague 10 Town Hall after the intended reconstruction.

Plans for the construction of a new town hall or the reconstruction of the existing one have been going on for well over ten years. When Radmila Kleslová was mayor (YES 2011), the management of the district was inclined to build a new town hall, and the budget was supposed to be 775 million crowns. That was in 2014. But the opposition didn’t like that, and under the slogan Let’s stop the billion-dollar town hall, they called a referendum that stopped these plans.

Image: The cursed town hall of Prague 10. It will also be talked about after the elections

Renata Chmelová (VLASTA), one of the faces of resistance against the construction of the town hall, took the mayoral seat in the following election period. And the management of Prague 10 decided on the reconstruction of the existing complex of buildings in Vršovická Street. Price? 1.1 billion crowns.

But in the meantime, prices in the construction industry have risen, so the reconstruction will cost hundreds of millions more. Even before the municipal elections, the leaders of the female candidates admitted to Deník that the price would be higher. “The proposed reconstruction would cost 2 billion today. The town hall building continues to deteriorate and increases the risk of injury and damage to health. The priority now is to protect the head of the office representative,” said Radmila Kleslová, for example.

The municipality needs a partner to pay

“Of course, the project was created at a time when the world had no idea about covid and the energy crisis was not on the agenda. Unfortunately, it is not possible for the municipality to finance such a reconstruction on its own. We need to find a partner for that. Immediately after the elections, we must start a discussion with representatives of the municipality and look for a partnership here,” replied the current deputy mayor of Prague 10 David Kašpar (VLASTA and STAN with the support of KDU-ČSL) in September.

But there is still no one to negotiate with at the municipality, because Prague does not yet have a new leadership. And so at the end of the year, the option to draw a half-billion dollar loan will expire and a new one will have to be negotiated. Additional money, about a quarter of a billion, is promised from the Ministry of the Environment.

Squatters occupied an empty house in Strašnice. After the agreement, they left

“If they didn’t agree, then we would have to leave for some rental and think about how to sell the building or evaluate it in another way,” said Prague 10 Deputy Mayor Tomáš Pek (Together for Prague 10) on Monday after the council meeting.

In any case, according to him, the plan to move the office and hundreds of its employees to rented premises in the first half of next year is valid. Due to safety and violation of standards, it is not possible to stay in the current town hall complex in Vršovická Street, he said. On the basis of a competition, the Town Hall has chosen the premises of the commercial and administrative building Vinice, which is located on Vinohradská Street in Strašnice.

In Prague 10, the coalition Together for Prague 10 (ODS and TOP 09) and the coalition Vlasta, STAN and KDU-ČSL have been in power since the beginning of November.

‹ The Federation Council believes that Russia and China will benefit from the future world order › We hit zero at the back and one goal cost us, stated Koblek from Brno