In its December issue, Lyon Mag delivers the verdict of its traditional annual ranking of Lyonnais of the year. MP Nupes / EELV tops the poll carried out among our colleagues’ readers, ahead of Karim Benzema, who nevertheless has the France Football 2022 Ballon d’Or. Tennis player Caroline Garcia completes this podium.

“I would like to apologize to the readers of Lyon Mag who were hoping to read an interview with the People’s Golden Ball Karim Benzema this week, but as he is injured I have been asked to replace him”humorously declares the ecofeminist on Twitter.

This fine performance nevertheless proves that the rise of one of the youngest deputies of the National Assembly has been noticed between Rhône and Saône. According to Lyon Mag, she “seems natural as Marie-Charlotte Garin is now at ease in carrying out her fights for ecology, feminism or social justice”.

In an interview granted to our colleagues, the deputy of the Rhône affirms to receive “this title with great humility », “especially since she did not expect it”. “Especially when you see the names I was named with. »

The Ballon d’or France Football 2022 therefore finishes second. “Karim Benzema could have dreamed of a Ballon d’Or-Lyonnais double of the year. If he is close to a triumph, the Real Madrid striker will have to be content with his trophies gleaned from the lawns of Europe.comments Lyon Mag.

The tenniswoman, Caroline Garcia completes this podium. His fine performances were thus rewarded. Our colleagues recall that the Lyonnaise won “Four singles titles, one doubles and a fourth place in the WTA rankings”.

In this ranking, we can also note the fine 5th place of Raphaël Arnault, the spokesperson for the anti-fascist Young Guard and ex-candidate in the legislative elections in the second district of the Rhône. 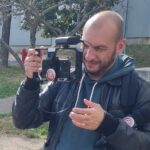 Controversy in Lyon around a conference with Salah Hamouri