The two Brno regional championship teams Sparta and Svratka spend the winter in the middle of the tables. Sparta’s seventh place was decided by its win over Svratka in the postponed final round 4:0, Svratka dropped from the better middle of the table to ninth place. 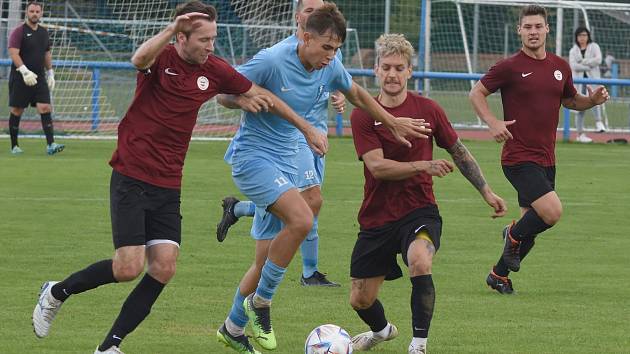 In Sparta, the team is gradually being rebuilt, the young team has been given the experience of the creative midfielder Jan Urban, and the striking striker Jindřich Stehlík, the scorer of ten autumn goals, will return from Switzerland. He was complemented by the club’s protege Jakub Pojsl, the author of seven goals.

After three opening rounds, Sparta had only one point, then the newly formed team started to play and achieved what was within its capabilities. “I am most sorry for the unnecessary home loss against Ráječek, which cost us a better position in comparison. On the contrary, our great match was the win against the current newcomer from Kunštát,” assesses the autumn performances of experienced coach Radek Štourač.

The winter training for local artists will add variety to the shorter training in Jeseníky, after long-term injuries, fullback Jakub Kvasnička is entering the training. “We have two experienced players on the lookout for spring, the goal is to place in the top five,” adds Štourač.

SVRATEK AUTUMN ON THE OUTDOOR PLAYGROUNDS

The Svratka team was in the better half of the table throughout the autumn season, but the three final defeats at the opponents’ courts sent them to the second half. “Due to the state of our playing surface, we played only five matches at home and played ten times on opponents’ pitches. In the end, the narrow cadre of players had a negative effect,” he finds the reasons for the worse position of coach David Kříž.

The mainstays of the team were the experienced goalkeeper goalkeeper Martin Doležal and the author of five goals Karel Kroupa. It was Kroupa who provided a great service to the young Ondřej Šedivý, with fourteen goals to the top scorer of the championship. The best match of the autumn is the coach’s 5:2 win over Lednicí, and the loser is the 6:0 defeat in Rousínov. “We need to bring in two or three experienced players by the spring, and since we will be playing most of the spring matches at home, I believe in our significant change in the table,” adds Kříž.