Sweden: These are the first 14 contestants in Melodifestivalen 2023! – Eurovision News | music

As promised by the national Swedish transmitter SVTit’s time for the first 14 contestants in the Swedish national selection in 2023 to be revealed!

The first 14 contestants competing in Melodifestivalen 2023 are as follows:

From Österåker, just outside Stockholm, Victor Crone is a name that will be familiar to many Eurovision Song Contest fans. The singer competed for Estonia at the 2019 competition in Tel Aviv, with the song Storm. As a songwriter, Victor competed in two Eurovision Song Contest pre-selections in 2022: Melodifestivalens final (as co-writer of Robin Bengtsson’sInnocent love) and the Eesti Laul final in Estonia (as one of the authors behind Stig Rästas Interstellar). It will be the third time Victor competes in Melodifestivalen as an artist. 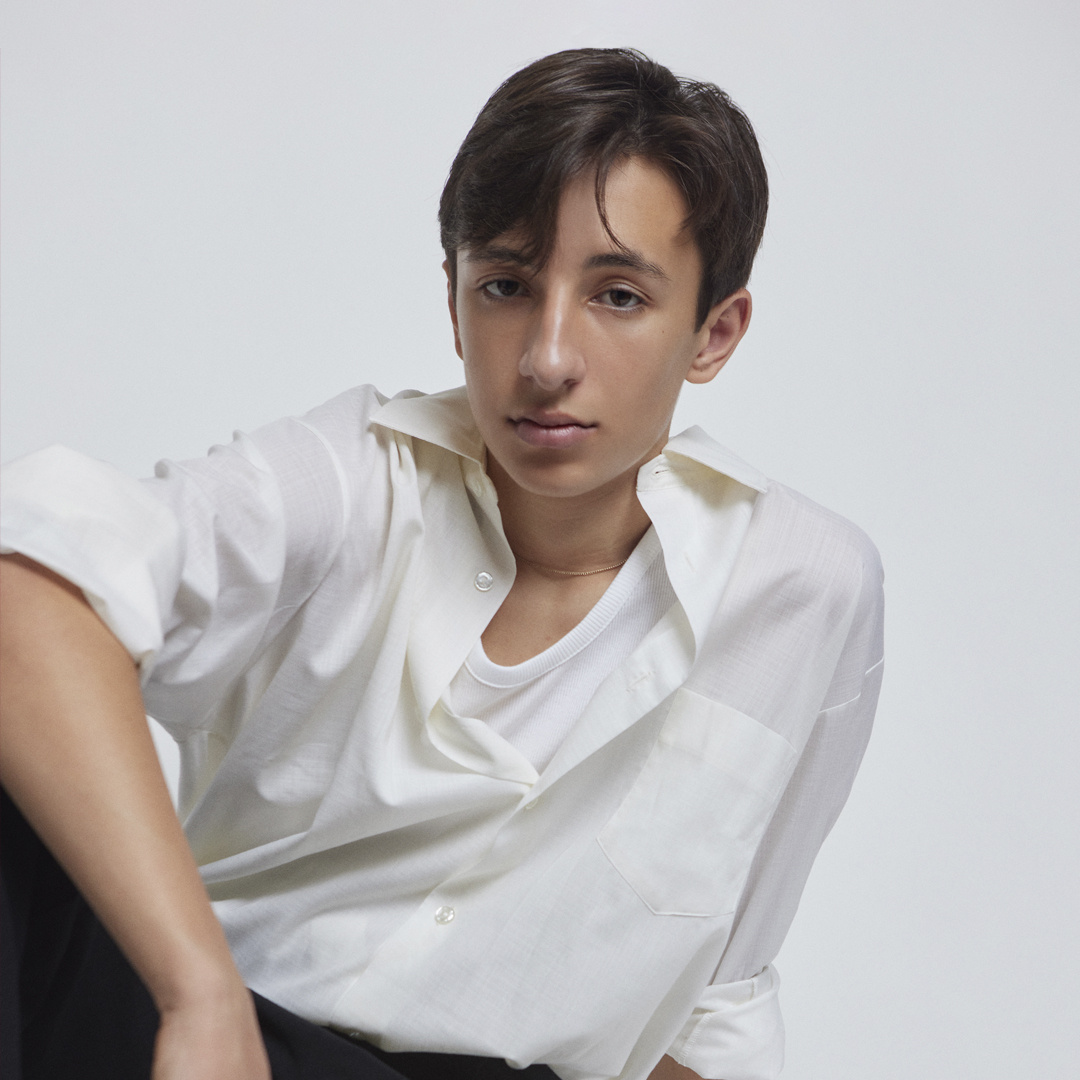 16-year-old Rejhan Bellani made a name for himself in the 2021 series of Talent (Sweden’s Got Talent). Since then, he has been honing his craft in the studio throughout 2022 and will debut as an artist in 2023. The young musical talent has been singing, playing the piano and playing the guitar since he was just four years old. With roots in Kosovo and Bosnia and Herzegovina, he can sing in Albanian, Bosnian, English and Swedish. When Rejhan is not creating music or playing football, he is studying economics at high school. 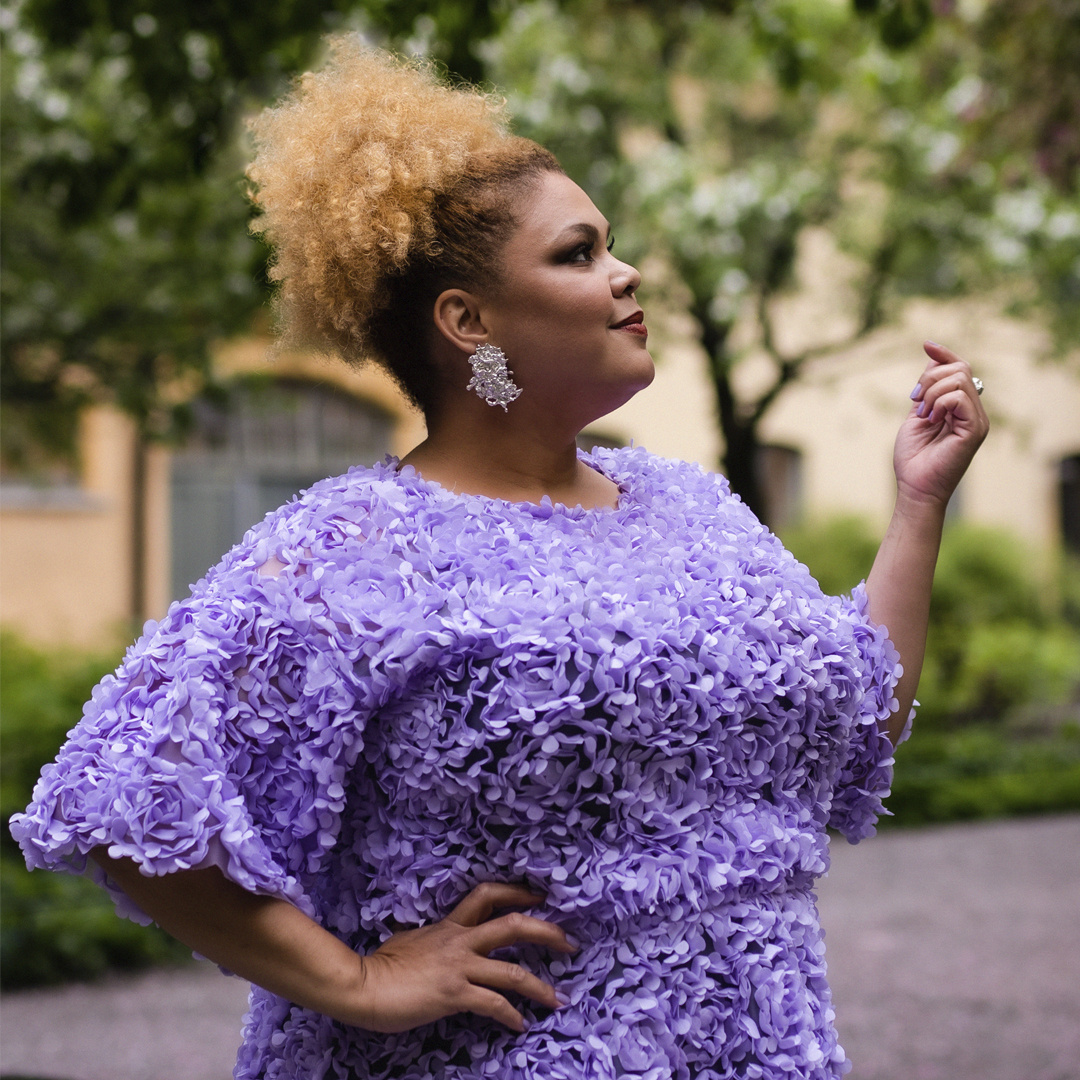 Loulou, who is a member of The Mamas, has also found time in 2022 to restart her career as a solo artist, having released three singles in recent months. Now her solo career begins a new chapter: Melodifestivalen 2023! As a member of The Mamas, Loulou has already won Melodifestivalen, 2020 with the song Move. A year earlier in 2019, the singer and songwriter got to perform on the Eurovision Song Contest stage when The Mamas sang backing vocals for John Lundvik, representing Sweden with Too late for love and finished in the top five. 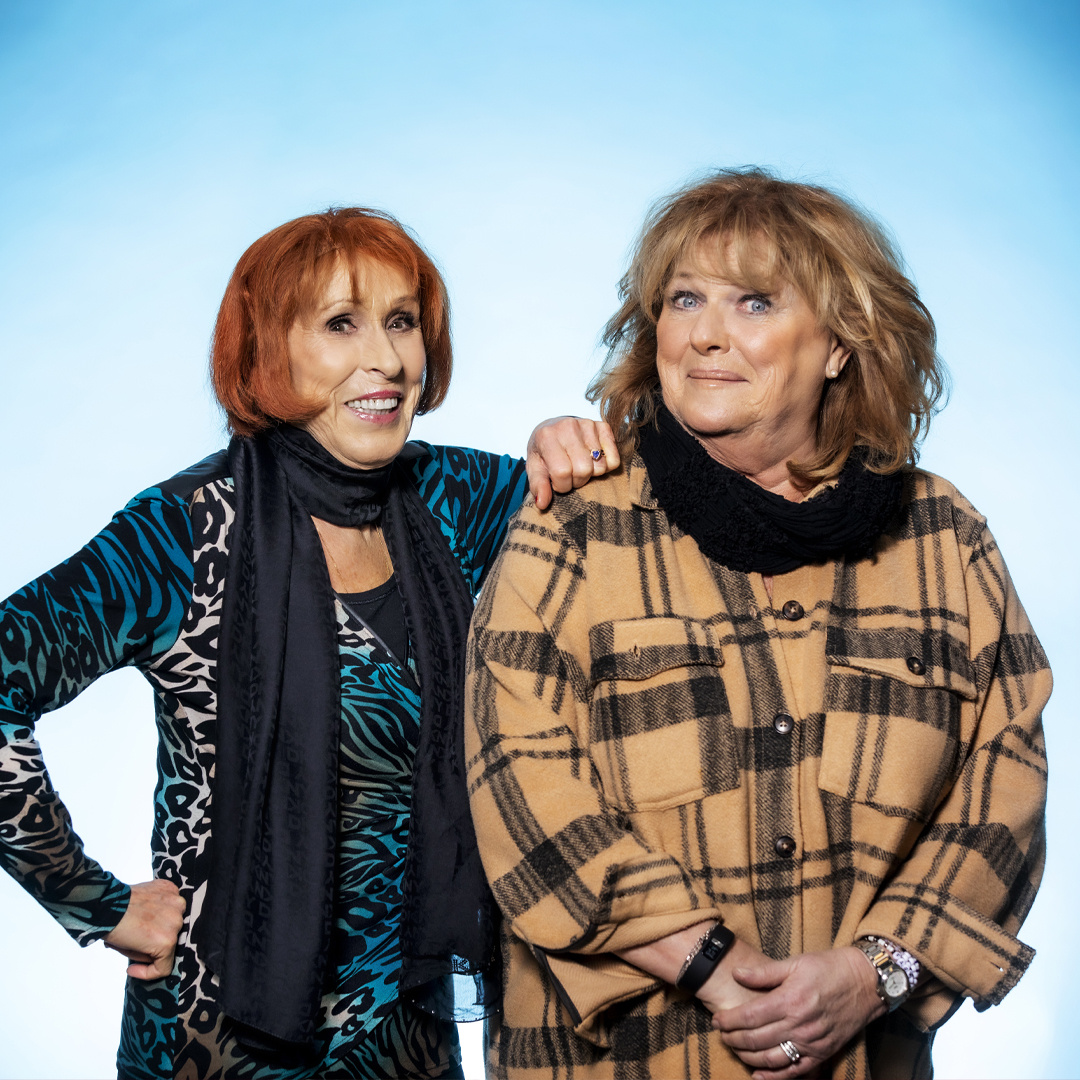 Eva Rydberg and Ewa Roos are two of Sweden’s most beloved actors and artists, with over 60 years in theatre, revue, film and music behind them. They have shared the stage many times before, especially in recent years when they participated in Melodifestivalen 2021 with the song Pure Rama Ding Dong. With his comedic talent, timing and great chemistry, the song became a huge fan favorite. And no doubt to the delight of many, the duo is back in 2023 to do it all over again. 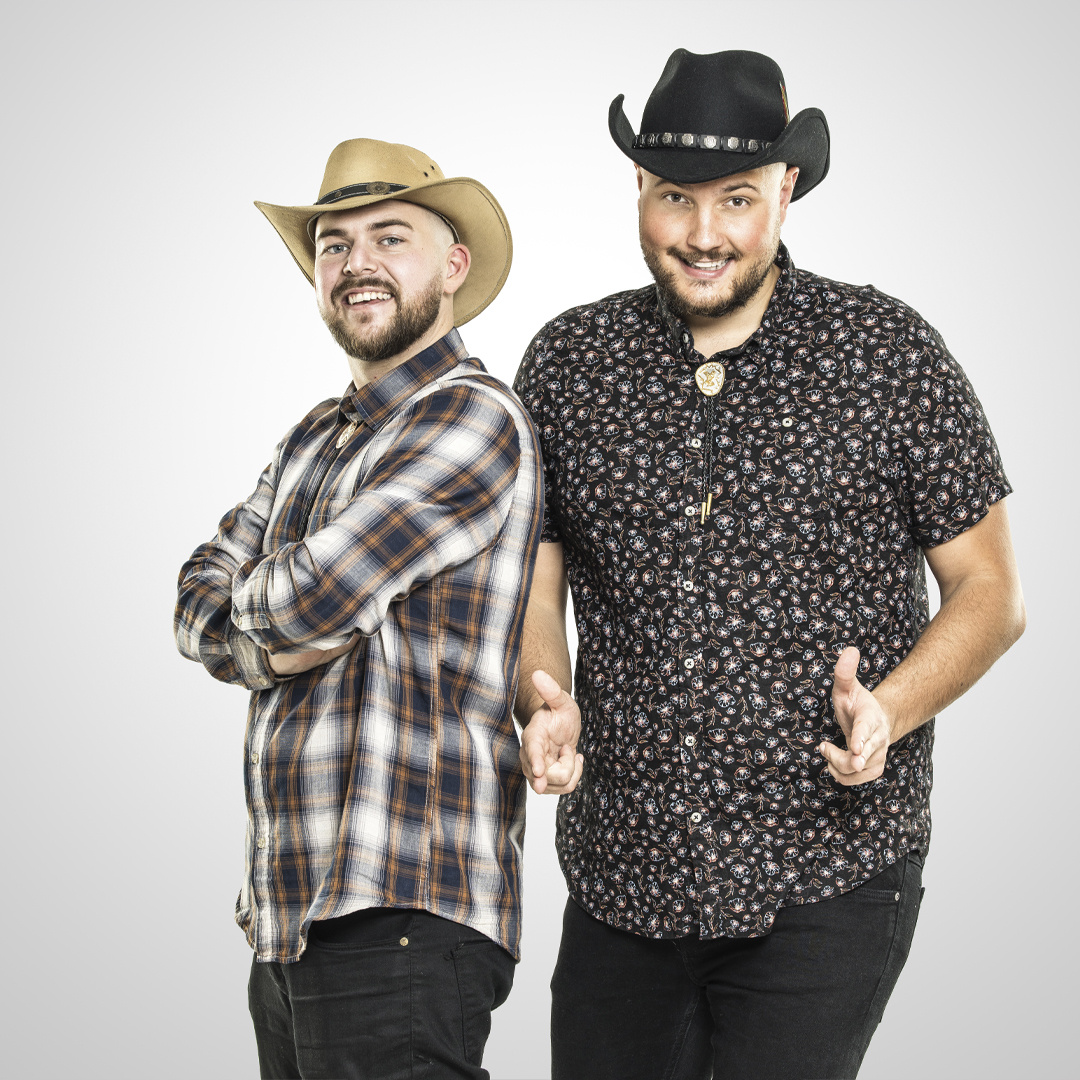 With hits such as Bubbles On The Balcony and Coming Over You, Elov & Beny have been a staple at house parties all over Sweden in recent years. The duo was founded in 2008 and consists of Mattias ‘Elov’ Elovsson and Oscar ‘Beny’ Kilenius. In 2022, Elov & Beny have become one of the most streamed acts in Sweden. With the summer hit Bubbles On The Balcony, reached number two on the charts in both Sweden and neighboring Norway. Party, high tempo and a smile are promised when Elov & Beny make their debut in Melodifestivalen.

Tone Sekelius – Rhythm Of My Show 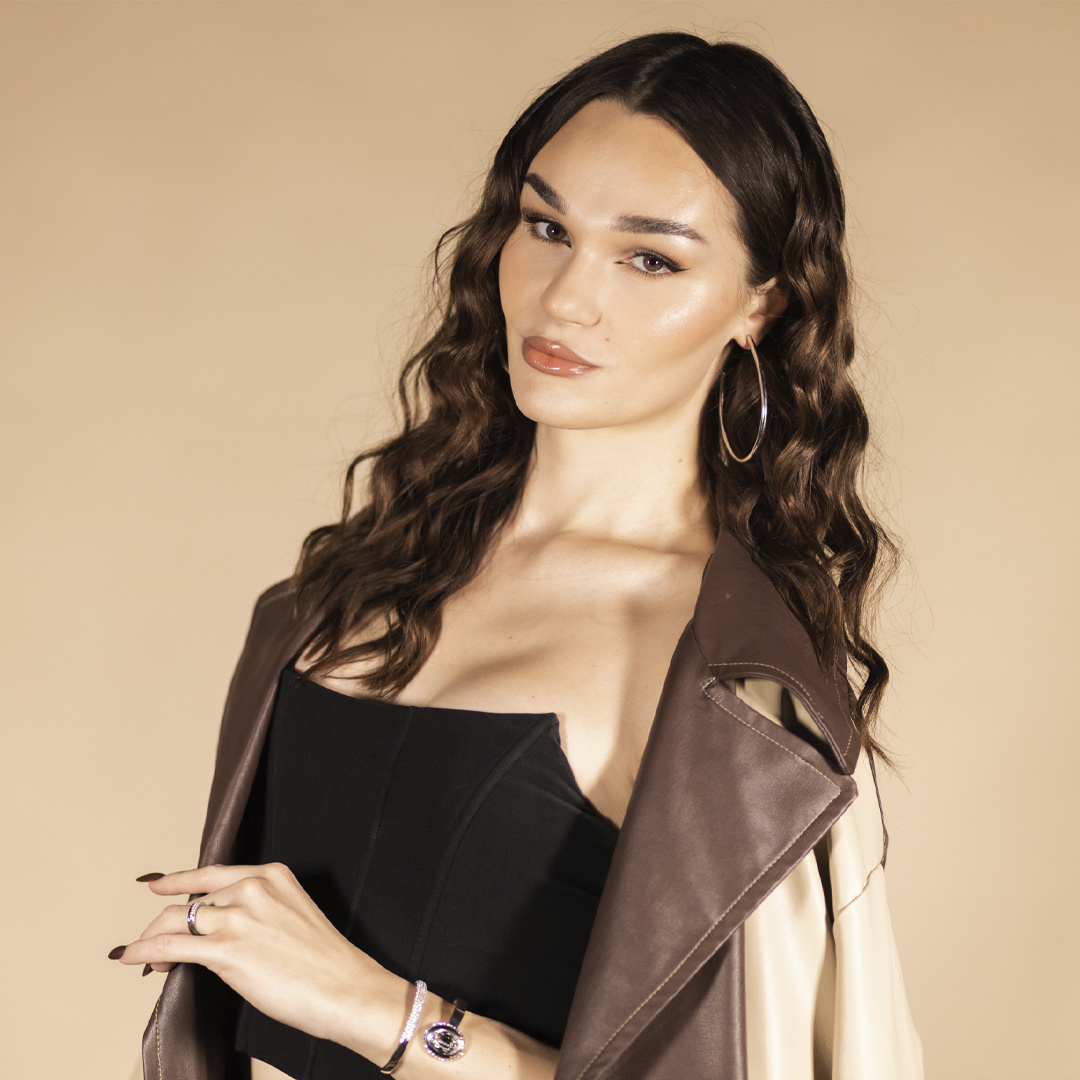 Tone Sekelius achieved great success in Melodifestivalen 2022, when she finished in 5th place with the song My way. The first trans person to compete in Melodifestivalen in the competition’s history, Tone has since become one of Sweden’s biggest influencers on TikTok and YouTube. Her star has also risen on TV, where she has appeared in many of Sweden’s biggest shows, and has become the new host of the popular reality TV format Paradise. 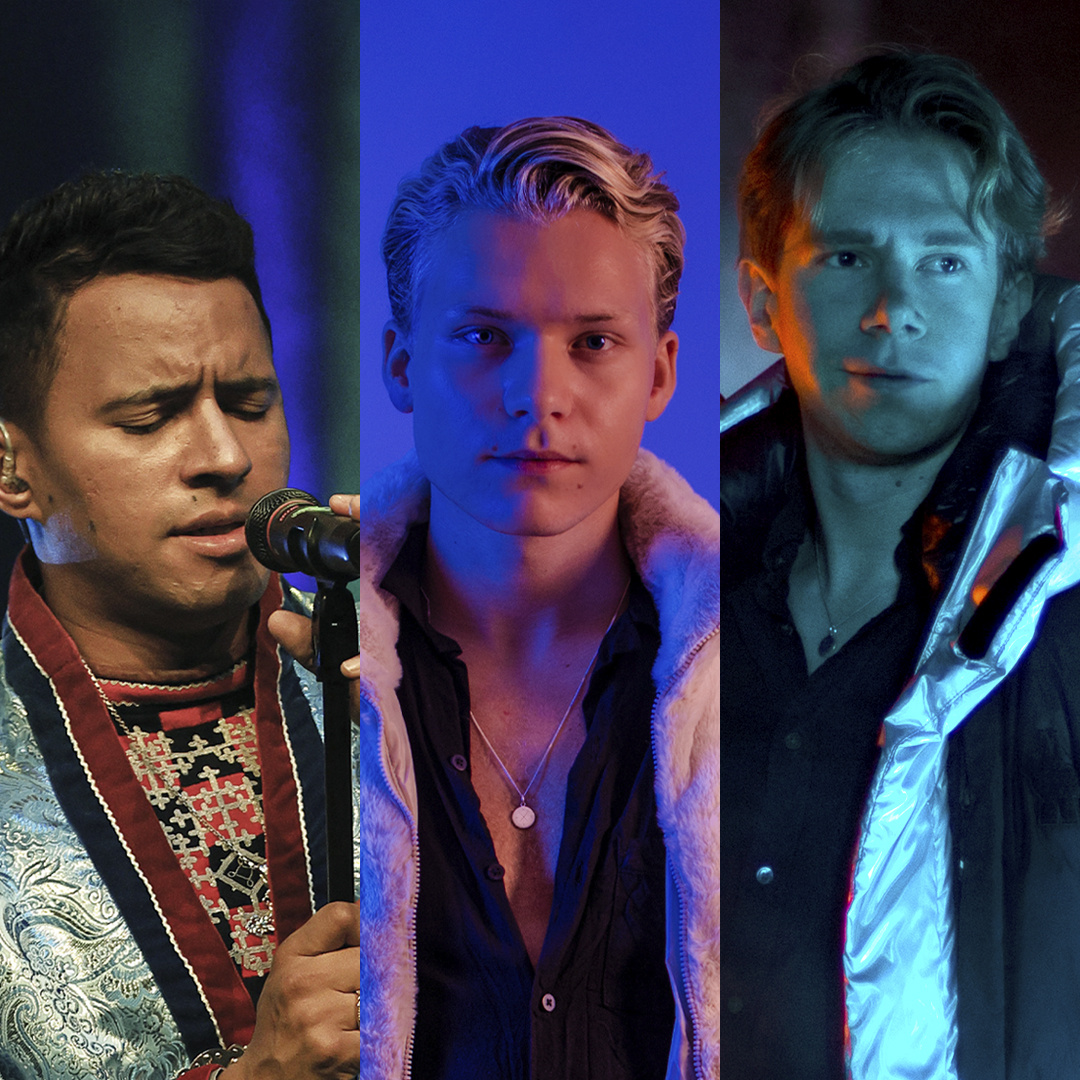 The connection between Jon Henrik Fjällgren, Arc North and Adam Woods may at first seem unexpected to some, but if you dive deeper into their musical journey it quickly becomes clear why their collaboration has worked so well. With a great yearning for the mysterious and epic, these three artists create a unique sense of sonic grandeur. A tribute to indescribably beautiful mountain peaks and deep forests permeates their works and cross-border collaborations. Jon Henrik Fjällgren will be familiar to Melodifestivalen viewers, and he has participated three times before, most recently in 2019.

Victoria – All My Life (Where Have You Been) 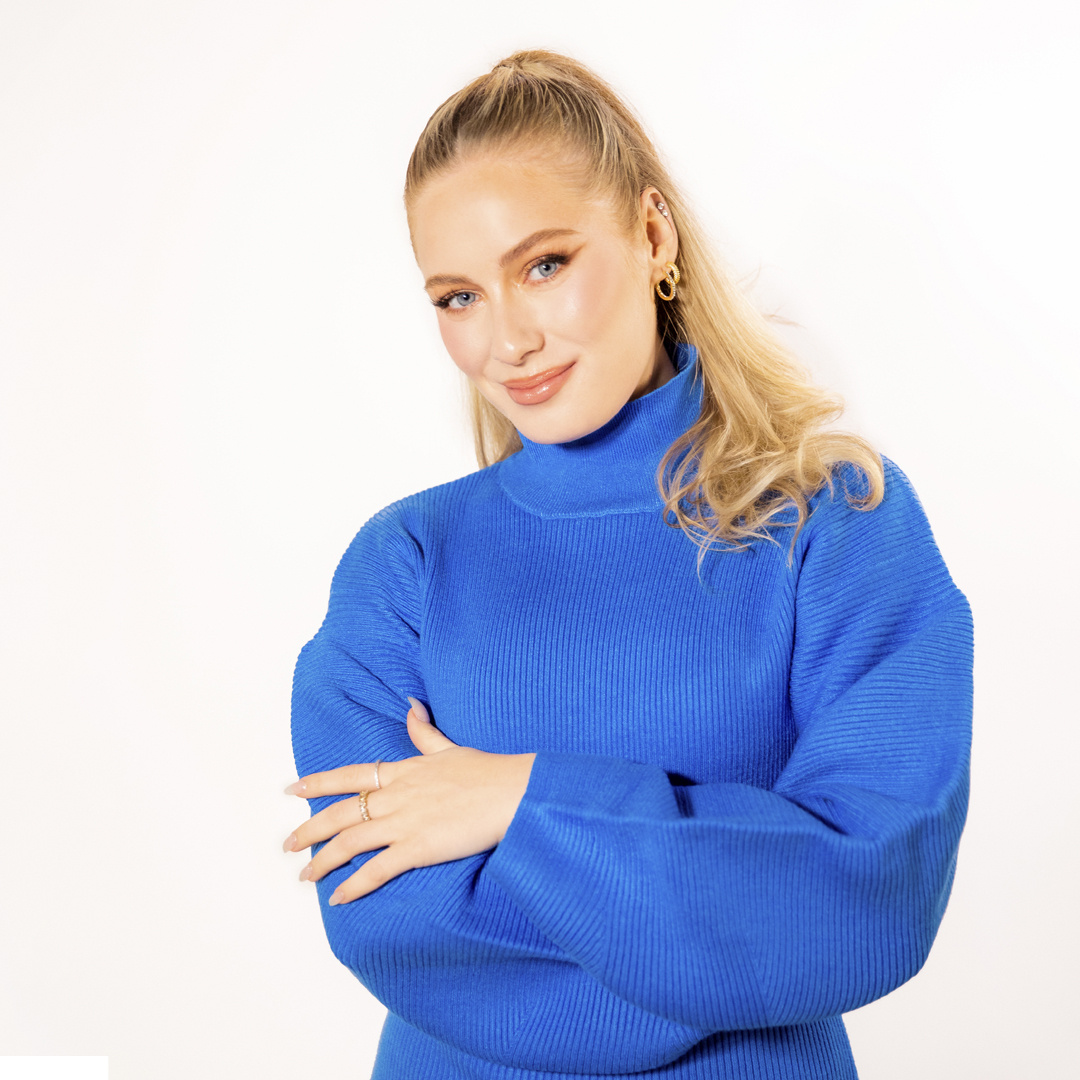 It has been 16 years since the then 10-year-old from Borås participated in Lilla Melodifestivalen (Melodifestivalen Junior) with the self-written contribution I need you. Today, Wiktoria is a familiar face to Melodifestivalen fans. Through her three previous entries in the competition, she has reached the final each time, and two of these songs have reached number one on the Spotify charts: As I lie down and Save me. Wiktoria’s music has now been streamed over 100 million times. In 2016, the artist provided the Swedish voice for Disney’s Vaiana – the Swedish-language edition of Moana. 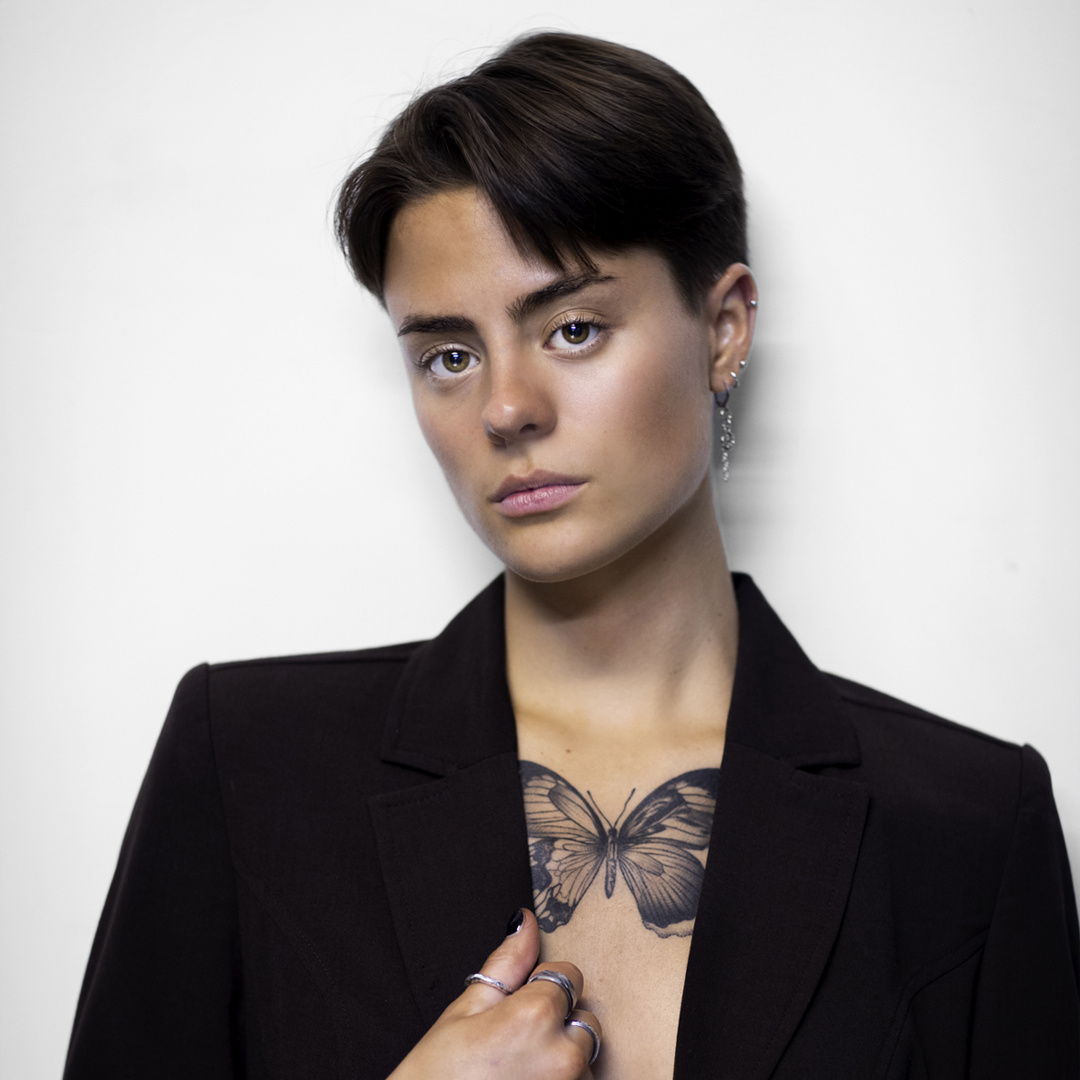 22-year-old artist Eden (Eden Alm) from Hässleholm has created a huge success with her music on TikTok and is now making her Melodifestivalen debut in 2023. On TikTok, Eden shares her own personal songs about events that have shaped her life in recent year. Eden intersperses the songs with clips from her relationship with social media star Sara Songbird and their life in Stockholm. Eden has gone from relative anonymity to a respected songwriter and artist in a short time, and is looking forward to opening the next chapter of her music career in Linköping!

On Uje Brandelius’ CV he can proudly list singer, pianist, songwriter, theater actor, radio reporter, writer, movie star and even TV quiz winner! Well, now he can also add Melodifestivalen artist to all of the above. Uje began his music career as a songwriter and singer in the 90s band Doktor Kosmos, which has made a triumphant comeback across Swedish stages in the past year. In 2015, Uje released his solo album Spring, Uje, Spring, which then became the basis for a stage performance of the same name at Dramaten, followed by a celebrated radio theater drama and finally a feature film directed by Henrik Schyffert. Uje Brandelius competes with his self-written song Stew. He describes the song as “a story about cooking, mood swings and conflict management. But mostly it is ‘a song about love’.

THEOZ – More Of You

17-year-old THEOZ will perform at home in the second heat, as he comes from Linköping. The artist broke through in Melodifestivalen 2022, when he went to the final and had a hit with the song As you wish. The song remained in the top ten on Spotify for a long time and its success was followed by his own summer tour, his participation in the hugely popular annual Diggiloo tour and the release of a brand new EP. THEOZ is one of Sweden’s biggest influencers, with over two million followers across its channels. He debuted with the single Hot only 12 years old, and its music video became the most viewed Swedish music video on YouTube that year.

Maria Sur – Never give up 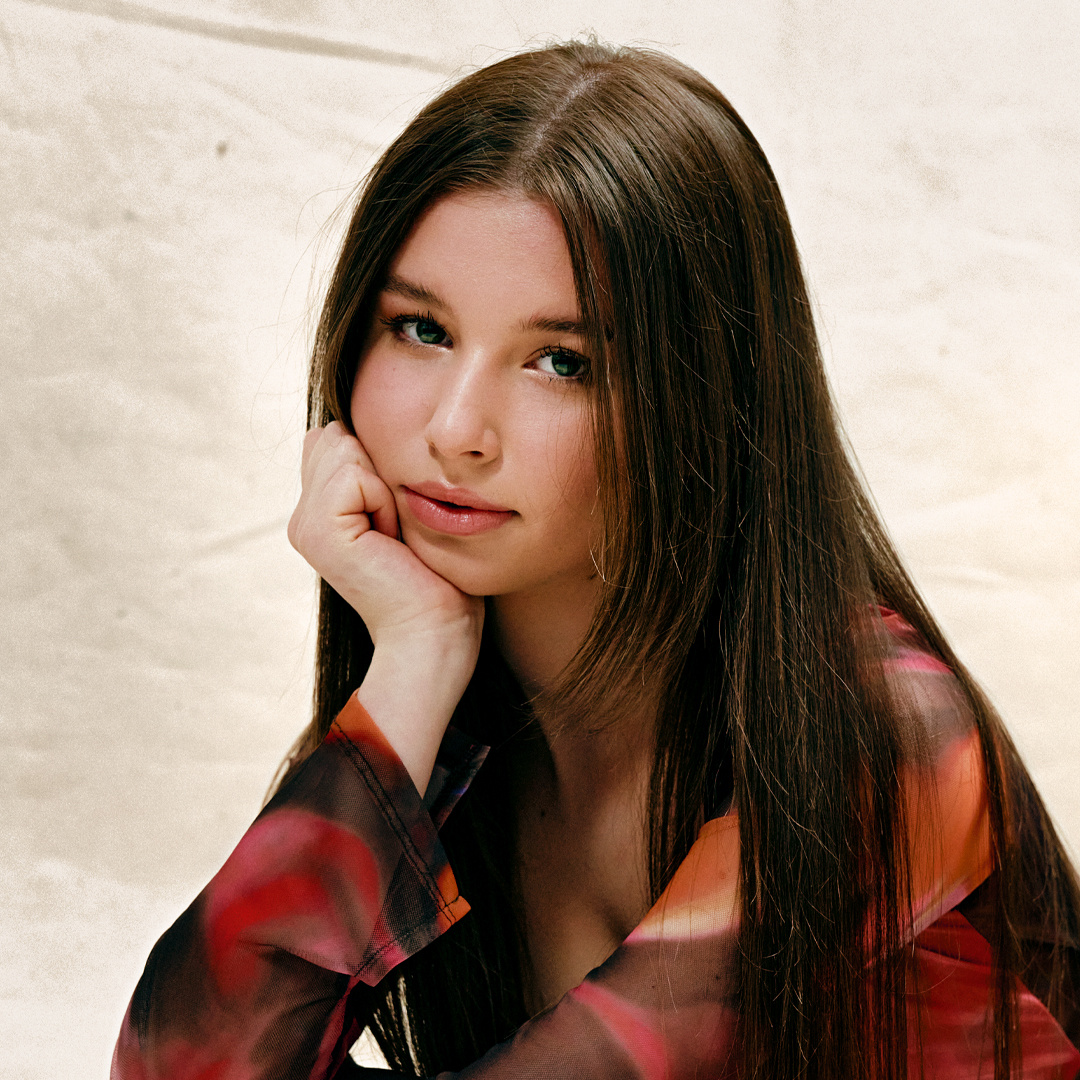 Soon-to-be 18-year-old Maria was born and raised in Zaporizhzhia, Ukraine. When the war against her country broke out in February 2022, she was one of the contestants competing in Ukraine’s edition of The voice. Maria and her mother fled the country for safety in Sweden, while her father was forced to stay behind. Once in Sweden, and determined not to let the war take her dreams, she sought out a number of people who were involved in music. Former Melodifestivalen presenter Sarah Dawn Finer responded, and recommended Maria to the Hela Sverige Skramlar gala; a televised fundraiser that would go on to raise around SEK 80 million for relief work in Ukraine. After her performance at the gala, Maria was signed to a Swedish record label and released her debut single That’s the way. Maria currently attends the music school Lilla Akademien in Stockholm, and studies at a school in Ukraine by distance learning. 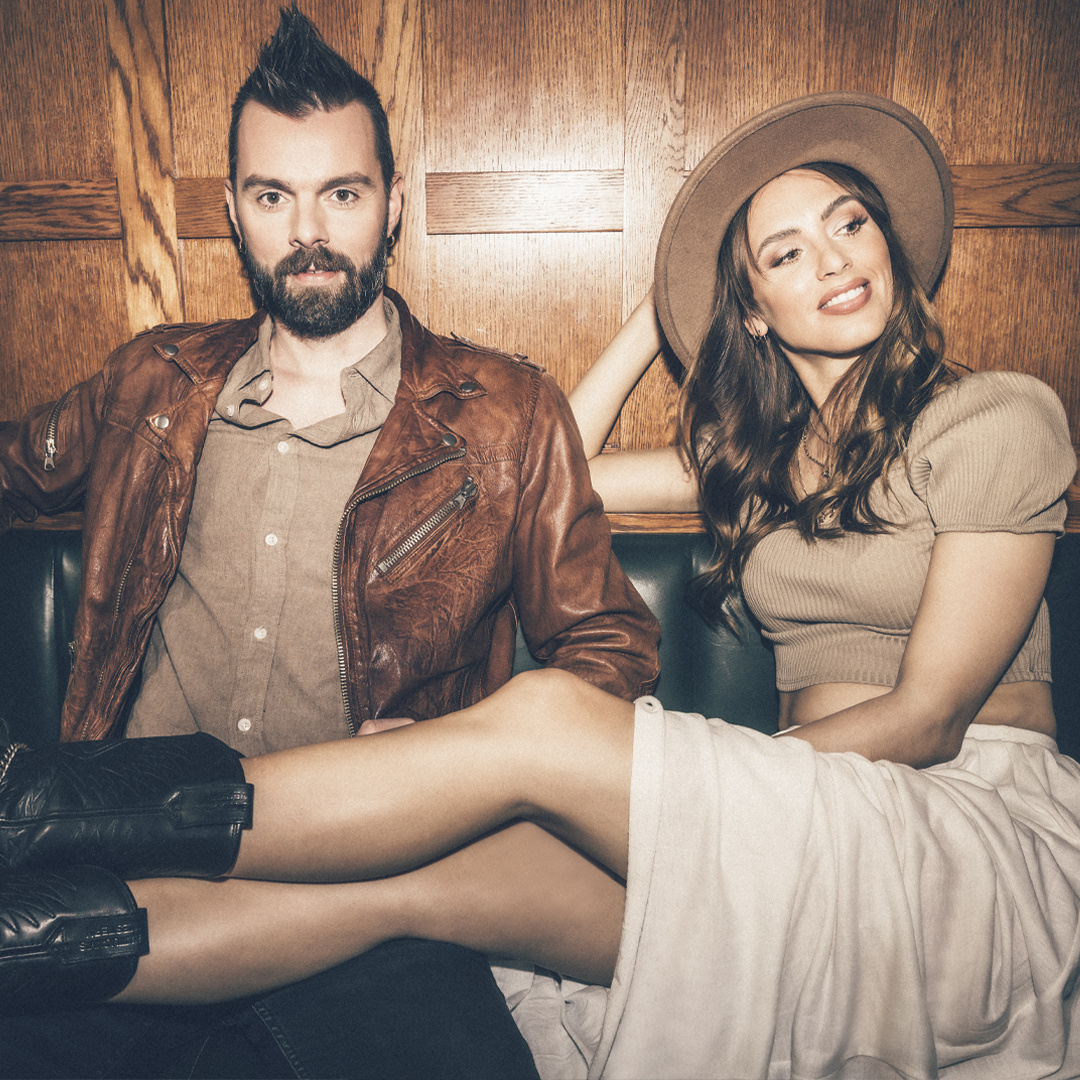 Tennessee Tears, consisting of Tilda Feuk and Jonas Hermansson, is a country music duo from Sweden who have been making music together for eight years now. It all started with a songwriting collaboration with Billy Burnette (Fleetwood Mac) in Nashville, and they have since traveled back there several times to both write and record their own music. Tennessee Tears now have a number of well-received singles in their repertoire and have collaborated with musicians such as Dave Roe (Johnny Cash), Michael Rhodes (Emmylou Harris, Keith Urban, Lady Antebellum) and Ben Sesar (Brad Paisley).

We remind you that Melodifestivalen 2023 is scheduled to take place between February 4 and March 11 and will be held by Jesper Rönndahl and Farah Abadi.

Stay tuned to Eurovisionfun for all developments regarding the Swedish national selection for Eurovision 2023!

‹ Cracow. The 27-year-old from Brzesko stops cars and bi-drivers. The police are investigating the details of the incident [WIDEO] › Access roads to the Klein Buchholz shopping park are free again