A county at a crossroads. Central Europe is facing significant energy changes

The information center for Nord Stream 2 in Lubmin, Germany visualized the geostrategic significance of the project for Russia | PHOTO: ČTK/DPA/Jens Büttner

Russian aggression against Ukraine, which has disrupted the European energy system, is forcing Central European states to change their policies. The shift away from Russian raw materials and the transition to energy are the main drivers of change. What sources of energy will we continue to use? How can we ensure energy security in the region? On October 12, experts, politicians and representatives of energy companies from the region will discuss these issues at the CEVRO Institute in Prague as part of the conference “Central Europe in the face of current energy challenges”.

Among the guests are MEPs Alexandr Vondra and Zdzisław Krasnodębski, Polish Government Commissioner for Strategic Infrastructure Mateusz Berger, Czech Ambassador for Energy Security Václav Bartuška, Minister of Foreign Affairs of the Czech Republic Jaroslav Kurfürst and heads of large companies: Tomasz Wiatrak from Orlen Unipetrol, Marcin Chludziński from mining or giant KGHM Cyrani, the deputy chairman of the board of ČEZ, the head of ČEPS Martin Durčák or the president of the Chamber of Commerce of the Czech Republic Vladimír Dlouhý.

“The Polish-Czech conference in Prague on energy policy in the central region is being held at a time when our region is facing serious challenges in this area. The war in Ukraine, Russian gas blackmail and confusion over the European Union’s climate policy mean that for the first time since World War II, our continent’s energy security is at risk. There is a real threat of energy poverty affecting millions of people. This task is particularly difficult for the countries of Central Europe, which is largely fuel-based and has few renewable energy sources,” says Grzegorz Górny, president of the Polska Wielki Projekt Foundation, which initiated the event.

The Czech co-organizer of the conference is the Center for Translational Relations of the CEVRO Institute. “With Poland, we share many common challenges in the area of ​​the energy crisis, which could and should result in the most interesting cooperation in the search for joint regional and pan-European solutions,” says PCTR Council Chairman and MEP Alexandr Vondra. 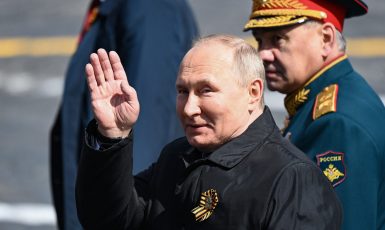 Poison dwarf Putin celebrates a round birthday. Will they be the last?

The conference will be opened on Wednesday, October 12 at 1:00 p.m. by the Deputy Speaker of the Chamber of Deputies of the Parliament of the Czech Republic, Jan Skopeček. This will be followed by three panels, which will gradually deal with the European policy of the so-called Green New Deal, the energy dimension of the crisis caused by Russian aggression towards Ukraine and the future of energy in Central Europe. The main partner conferences are ORLEN Unipetrol and KGHM Polska Miedź. The event is provided by the Polish Ministry of Foreign Affairs and organized in cooperation with the Embassy of the Republic of Poland and the Polish Institute in Prague.

Registration at [email protected] until 10.10.

‹ Studyrama Fair for Higher Studies in Avignon – Saturday October 08, 2022 › A San Marino-Rome flight to deliver a message of peace to Pope Francis