A disabled electric bicycle parked by a garbage can in Prague 14 did not leave the police officers calm. After checking, the patrol found out that the bicycle was stolen. The police officers in Prague 11 dealt with the stolen scooter standing at the entrance to the garage of the shopping center.

The police officers did not stop in other parts of the city either. They dealt with three stolen cars in Prague 5, 7 and 13. A patrol of the city police went to Karlovarská street to make an announcement. Police were called by a woman who heard a bang and then noticed a car in a ditch. A man with glasses and a hood on his head got out of the vehicle and ran away.

“The car had the driver’s window rolled down, there were pliers, fuses and keys on the passenger seat,” said city police spokeswoman Irena Seifertová. The police tracked down the owner of the vehicle, who said that he had parked the impassable car in Bělohorská street in Prague 6.

At the weekend, the police had to go out to the curious case of the chocolate thief. He stole the one in the Florentinum passage in Prague 1 80 pieces of Milka chocolate for 3 thousand crowns. The thirty-two-year-old man tried to hide his magnifying glass in the stroller, while giving one chocolate straight to the child. The partner then sent the man to get some tuna. The thief was no novice in his field, he had already been convicted of theft in the past.

According to Seifert, the most recent thefts are at a grocery store. Sweets are stolen the mostcommon foods such as meat or cheese, and in many cases also alcohol. Thieves also have shampoos, deodorants and toothbrushes in their sights, these are things that can then be easily cashed in or changed.

It is also stolen in the store of building materials and tools, and there are no clothing stores either. “They are one of the specific groups drug addicts, who exchange goods for drugs or pass them on, homeless people, people addicted to alcohol and other socially maladjusted people,” said Seifertová.

Everything thieves can get their hands on is stolen. The officers even dealt with cases of theft of mulch bark, granules against slugsdrills, eyebrow kits or fish spreads.

The editor spent a few hours with the city police boat patrol. What are they in charge of? (2017) David Malík, Tadeáš Provazník 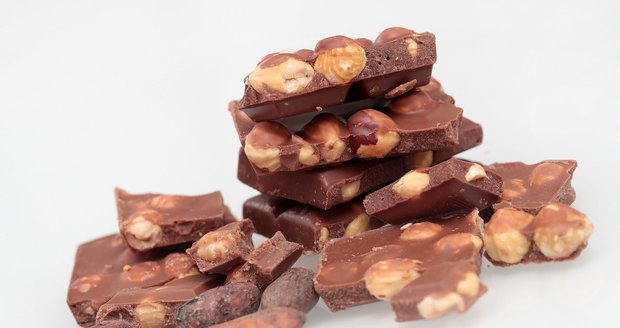 Police officers in the center of Prague also dealt with the theft of several dozen bars of chocolate. (illustrative photo)

The famous mezzo-soprano Cecilia Bartoli will sing in Prague

‹ Luxembourg: the A3 motorway closed for several days, here are the disturbances › the theater of a thousand stories by Tiago Rodrigues