It will be 235 years since the young musical genius Mozart walked the streets of Prague and put together the last passages of his masterpiece Don Giovanni in his head. It was already the second occasion when he visited Prague, the first time was at the beginning of the same year, and after the huge success he achieved here with his piece Figaro, he knew that the Prague audience was a safe bet. The Viennese audience was more lukewarm towards Figaro, as the conditions there were not as relaxed as the atmosphere in Prague.

Although Vienna, as the imperial city, was the center of all events, the presence of the emperor also carried with it certain binding consequences. The Marriage of Figaro also contained signs of criticism towards the Viennese nobility, which understandably did not interfere with the work. Exuberant and energetic Wolfgang A. Mozart fit in perfectly with the people of Prague. What kept him in Vienna was mainly money, although it was precisely because of it that he came to Prague. At that time, he was drowning in debt, so “a hundred ducats to have a repeat performance in the Czech capital” came in handyas Professor of Music History Claudio Casini states in Amadeus: The Life of Mozart.

Mozart began his second visit to Prague on October 4, 1787 and was here until mid-November, staying at the inn at the Three Lions on Uhelné trhu, just a short distance from the Estates Theatre, opposite his librettist La Ponte so that they could see into the windows. Later, however, he moved to the villa Bertramka in Smíchov, where he was hosted by the Dušk family, and on that occasion Mozart managed to cut a concert aria just for the opera singer Josefína Dušková.

The premiere of the opera of all operas, Don Giovanni, was supposed to take place on October 15, but due to the complexity of its preparation, it had to be moved by two weeks to October 29. The premiere took place in the Estates Theater (then still the Nostic Theater). In letters to his friend Gottfired von Jacquin, he justified this delay by that the staff is not skilled enough and theater training to learn in such a short time. However, historian Piero Melograni states in Mozart’s biography that the delay was mainly due to the fact that the opera was not yet finished and the excuse for the theater staff was only “cloaking maneuver”. “According to legend, Mozart finished the opera on October 28, just a few hours before it was put on the stage,” writes Melograni in his biography.

At that time, Mozart personally managed the preparations of the entire performance so that he could capture even the smallest details and the premiere was as perfect as he imagined it to be. He wasn’t even afraid of conveniences, like special effects with fire. Don Giovanni was a huge success, Prague had a great appreciation for his distinctive style and it met with a greater reception here than in Vienna, where the premiere took place a few months later. When Mozart saw how enthusiastic the audience was about his latest piece, he shouted the now famous line: “My citizens understand me!”. “Mozart put his whole mind into the composition. He was true to his firm principle: to portray the ambiguity and madness of life, the strengths and weaknesses of human relationships. By combining pain and irony, by mixing the serious and the ridiculous, he crossed the boundaries of traditional operatic genres in his time”, writes Melograni in Mozart’s biography.

Despite all the admiration and recognition he receives in Prague, her financial distress quickly led him back to Vienna, where he tried to apply for the position of court bandleader of Emperor Joseph II. In a letter to his friend Gottfried von Jacquin, he said that the opera had been received with great enthusiasm in Prague and that he was looking forward to performing it in Vienna, but at the same time he added: “Here they are trying their best to persuade me to stay a few more and write another opera, but I cannot accept the proposal, however flattering the offer is”. Although the Viennese premiere received several repeats, the reception of Don Giovanni in Vienna was relatively lukewarm compared to Prague. Emperor Joseph II himself was aware of this. : “The opera is divine, it is perhaps even more beautiful than Figaro, but it is not a mouthful for my Viennese”, the emperor said when he saw the opera for the first time. Mozart was then said to have responded by saying: “Let’s give them time to digest it”. 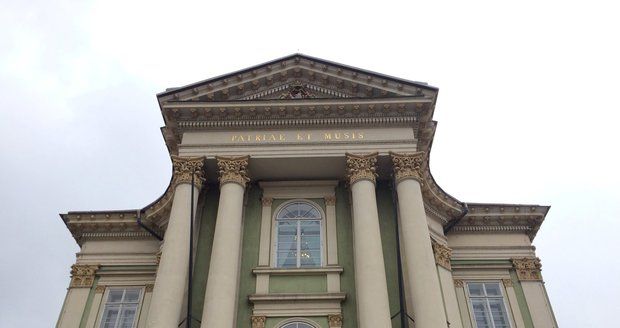 Mozart experienced a famous performance at the Estates Theatre.

‹ On October 10, Zervas takes stock and begins the pre-election campaign › this is what the most beautiful ship in the world looks like