photo: Technology of the Capital City of Prague/Ceremonial illumination of Rudolfinum

The desperate foreign political situation and outrageously terrifying energy prices are forcing even big cities to take economic and saving measures. Prague has decided to shine a light on its own energy consumption. And so it went out.

So, we will see a little less of the important landmarks of the metropolis, on which the light reflectors were directed. Prague has decided that it will go out earlier. So far, the monuments have gone dark at 11 p.m., now it will get dark 90 minutes earlier, i.e. at 9:30 p.m.

The city will save several million from the coffers

“This next step to reduce energy consumption will bring cumulative savings in the order of millions of crowns per year,” says Jan Chabr, who has the ceremonial lighting of Prague’s monuments under his thumb.

He wants to go even further in his decisions and even picks out some buildings that could temporarily go out of business completely during the energy crisis.

Savings do not apply to the castle (yet)

The Municipal Society of Technology of the City of Prague dedicates a total of 140 of the most important monuments in the metropolis. These are, for example, the Charles Bridge, the Rudolfinum, the National Theatre, the Strahov Monastery or Loreto. The only building that is not affected by economic savings and shines as before is Prague Castle. But even that may change in the future.

Few of the visitors to Prague, as well as the locals, have any idea that not all monuments are illuminated at once, and that the order of illumination hides a hidden message. This is the age of the monument. So the oldest will be lit first, and every three minutes another century will be lit. Within 33 minutes, all important buildings in Prague light up.

According to the information provided by the Technology of the Capital City of Prague, the gradual replacement of festive lighting also brings significant savings. At some monuments, the old sodium lights have stopped shining and are gradually being replaced by new sources with LED technologies. This exchange will ensure a further saving of up to thirty percent of expensive electricity. 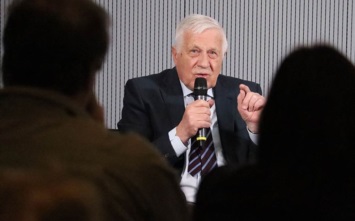 INTERVIEW “Capping energy prices does not solve the problem. This idea is based on the assumption that someone is maliciously raising prices. The movement of energy prices is…